Every Friday afternoon, Rabbi Yankee Raichik goes to jail. He drives to the LA County Jail Twin Towers in Downtown Los Angeles—the largest jail in the United States—and goes from floor to floor offering inmates Shabbos packages, the opportunity to put on tefillin, and a listening ear.

The facility, which consists of two buildings with an identical layout, has a number of sections with varying degrees of security; some are locked cells and some have an open day room. All of them are behind glass. One Friday afternoon a few years ago, as Rabbi Raichik was greeting the guards and inmates in the Twin Towers, he met a trustee who was wearing a yarmulke. A trustee is a prisoner who has earned more freedom and is allowed to have a job inside the jail—for example, serving food or teaching. Trustees are recognizable because they are dressed differently from the other inmates.

Rabbi Raichik talked with the trustee for a few minutes and realized that despite the yarmulke on his head, he wasn’t Jewish. As they were saying goodbye, the trustee said, “There’s a guy in my pod who doesn’t speak any English. Only Hebrew. No one can communicate with him.”

There are two reasons a prisoner would be a John Doe. Either his identity has to remain secret to protect him or his family because he’s an informer or a police officer, or else he was arrested without ID, and the police don’t know who he is.

Rabbi Raichik asked the deputies to summon John Doe. When they brought out a young man with long, wild hair, the rabbi smiled at him warmly. “Mei’eifo atah?” he asked him.

“From Bnei Brak,” the man replied in Hebrew. Then he added, “A year ago I was learning in a chareidi yeshivah.”

As a rule, Rabbi Raichik never asks inmates why they’re incarcerated. But they usually tell him, whether or not he wants to know. John Doe didn’t tell him.

When Rabbi Raichik said that he could arrange for him to have kosher meals, the young man shook his head. “Lo tzarich (not necessary).”

He nodded. Rabbi Raichik offered him tefillin. The man held up his arm and pointed to the plastic armband with the barcode the guards scan to keep track of inmates. “I can’t,” he explained. “It’s a chatzitzah.”

Rabbi Raichik didn’t ask why he was worried about a chatzitzah but not about kosher food. He said, “We can slip the retzuos under the band. We do it all the time.”

John Doe agreed and put on the tefillin.

Afterward, Rabbi Raichik asked him about his family. “Do they know where you are?”

“Give me your mother’s name and someone will call her after Shabbos.”

And that is how John Doe began to use his real name again.

Rabbi Raichik wanted to know if he had really been a yeshivah bachur. That Friday, he had brought along another volunteer who had gathered the inmates together and was giving a shiur. Rabbi Raichik whispered to the volunteer, “Say everything in English and then repeat it in Hebrew so this guy can understand. Make a couple of mistakes in the Hebrew version. I want to see how he reacts.”

It was during Sefirah, and the volunteer was talking about Rabbi Akiva. He said in Hebrew, “Rabbi Akiva was away from home learning Torah for ten years.”

The former John Doe from Bnei Brak spoke up. “Not ten years. The Gemara says it was 12 and then another 12.”

After that, Rabbi Raichik asked him again if he wanted kosher meals. This time he agreed.

Although volunteers aren’t allowed to contact inmates’ relatives, the Aleph Institute—founded in 1981 on the direction of the Lubavitcher Rebbe, zt”l, to support prisoners and their families—doesn’t have the same restrictions. Rabbi Raichik gave them the young man’s information, and they called his mother in Bnei Brak.

She immediately cried, “You found my son?” She said that her son had flown to California weeks earlier, and she hadn’t heard from him since. She had already called the Israeli Consulate, the hospitals and the morgues. No one had seen him. She even called the county jail, but because he hadn’t revealed his name, they had no record of him. Her son had simply vanished. What terrified her was that he needed medication to manage his mental illness; when he went off it, he was dangerous.

It turned out that John Doe had gone to a bar and gotten into a fight. When he was arrested without any ID, he was held until a judge would determine how long he would be imprisoned. Rabbi Raichik knew that this process could be lengthy, especially because he needed a translator at every appearance. Rabbi Zvi Boyarsky, Aleph’s director of constitutional advocacy, arranged for a lawyer and worked out the details with the judge: John Doe would spend three months in a rehabilitation program, after which he would be released and sent back to Israel.

Three months later, Rabbi Raichik saw John Doe shortly before his release. He was back on meds. His hair was cut. He appeared calm and focused. And he was still using the pair of tefillin that Rabbi Raichik had given him. Rabbi Boyarsky arranged for a “bonded transport,” meaning that the prisoner would be accompanied all the way onto the plane, with a stop at the Israeli Consulate to pick up the papers he needed in order to fly. The young man went home to his family.

Rabbi Raichik says, “That’s just one story of many.”

In 1976, the Lubavitcher Rebbe encouraged his chasidim to find ways to reach Jews behind bars in order to lift their spirits and empower them to live with meaning.

Rabbi Raichik recalls, “My father, Rav Shmuel Dovid Raichik, z”l, was very involved in arranging for Jews in prison to have kasher l’Pesach food. He campaigned to get the Department of Corrections to agree, and after they did, he arranged catering for the Pesach meals for the Jewish inmates in Los Angeles.

“When I was ten years old, my father couldn’t find a caterer for them for Pesach. So he bought some huge pots, and he and my mother and older siblings did all the cooking. I helped pack the meals. I remember that our living room was full of food. We poured the grape juice from glass bottles into plastic ones because they don’t allow glass in prison. That was my first exposure to the fact that there are Yidden behind bars and that they are our responsibility.”

Although people tend to use the words interchangeably, there’s a difference between a jail and a prison. Jail is a holding place where people are kept for minor crimes while they’re awaiting trial if bail has been denied or they can’t afford it. Prison, whether state or federal, is where people are moved after they are convicted and sentenced.

Rav Shmuel Dovid Raichik visited the LA County Jail regularly for many years. “When I was 17 years old,” Rabbi Yankee relates, “I had just gotten my driver’s license, and one of the first places I drove to was the same prison where I now work. I had gone there with a car stuffed with food.” 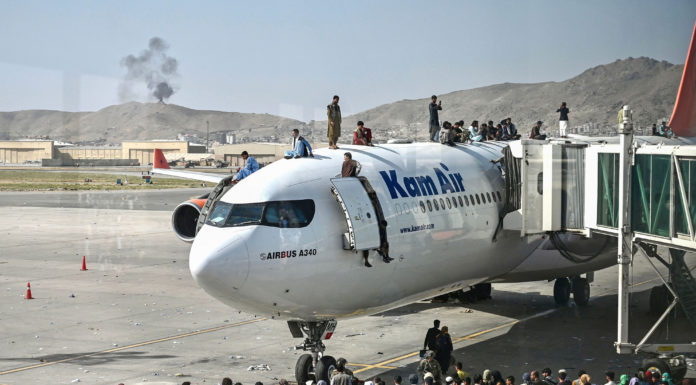 What Happened to Mohammed Saud? // The Saudi Activist’s Silence Raises...

The Priest Who Was a Jew // Yaakov Tzvi Griner’s conflicted...