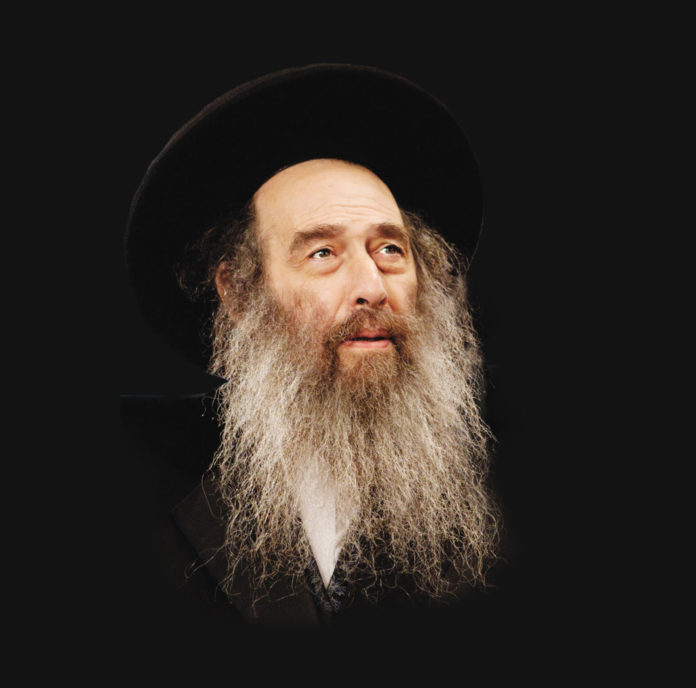 The Kalever shul building, which is located in the middle of the Williamsburg section of Brooklyn, has undoubtedly seen better days. Water stains mark the walls and ceiling. When I arrive, about 40 men are davening Maariv in what is known as the vochen (weekday) shul. In the front left corner is a large golden chair on wheels, its back to the crowd. On it sits the Kalever Rebbe, Rav Moshe Taub, who suffers from ALS, a degenerative neurological disease that slowly paralyzes the body; the Rebbe has been wheelchair-bound for the last four years. A gabbai leans towards the Rebbe, davening into his ear.

In the middle of Maariv, a clean-shaven man wearing a blue shirt and no hat or jacket walks in and approaches the front of the room, attempting to catch a glimpse of the Rebbe. Other than he and I, everyone else has a beard and curly peiyos, and most are wearing long rekels. I am the only person wearing a hat with the brim bent down. I ask him about his connection to Kalev. “Whenever I’m in Williamsburg, I try to come and see the Rebbe,” he says. “It gives me tremendous chizzuk watching him being moser nefesh for Yiddishkeit. I used to come all the time for advice and a brachah. I still try to visit whenever possible. Just the sight of him inspires me.”

The man shares that around ten years ago, his son Akiva was a troubled teen going through a rough time. The Rebbe visited Akiva’s yeshivah and made him promise to put on tzitzis and tefillin every day. “Till today, I don’t know why Akiva listened to him, because during his rebellious stage he never did what he was asked. But somehow the Rebbe got through to him. Akiva later told me that he felt an unusual warmth and kindness in the short few moments of his audience with the Rebbe. Today, Akiva is still learning in kollel after four years of marriage.”

I can personally relate to the Kalever Rebbe’s legendary warmth, as I experienced it 13 years before this particular visit. It was summertime, and the Rebbe was upstate for a few days; a friend dragged me to see him at a bungalow colony near our yeshivah. After the gabbai introduced me, the Rebbe gently cupped his hands around mine. I never forgot the warm sensation that spread throughout my body during that brief encounter, and I’ve heard similar stories from others in the Litvish community.

Just a few weeks ago, my wife and I hosted for a Shabbos seudah a couple who had been through numerous ordeals over the last few years. They told us that seeing the Kalever Rebbe listen to people’s stories of pain despite his own predicament has given them more chizzuk than any brachah or words of inspiration from any other gadol they ever visited.

After Maariv, there are several others in the waiting room hoping to be granted a minute with the Rebbe. One man tells me, “I’ve had trouble with shidduchim, and I come here often to get a brachah from the Rebbe.” According to him, this is a quiet night. “This past Sunday, the Rebbe received a few hundred people,” he says.

The Rebbe’s chasidim like to say that the Kalever shul isn’t a luxurious edifice because the Rebbe chose to invest in klal Yisrael. Indeed, one of the chasidim in the waiting room proudly describes him to me as “klal Yisrael’s Rebbe.”
A gabbai sitting at a desk in the front of the room takes each person’s name and the reason for his visit. I tell him I have an appointment, and he goes into the Rebbe’s room and quickly returns to summon me.

Inside the Rebbe’s Room
The room looks familiar to me, which is strange since I have never been here before. The Rebbe sits in his golden chair, his head held in place by a metal brace. A gabbai sits to his right, and his son Rav Berel, the Kalever rav of Williamsburg, sits to his left. On the right side of the room there is a large sefarim shrank, and on the left is the Rebbe’s bed with a curtain around it. The rav welcomes me with a warm smile and asks if I ever saw his father in his prime, running from city to city and country to country to inspire people. “I met the Rebbe once when I was learning in South Fallsburg,” I explain. The gabbai speaks loudly into the Rebbe’s ear and tells him that I’ve seen him before. The Rebbe’s lips twitch ever so slightly. “He’s smiling,” the rav exclaims while smiling himself. “The Rebbe is a big chasid of the rosh yeshivah, Rav Elya Ber Wachtfogel.”

The rav tells me that his father’s debilitating illness began around seven years ago. “There were some earlier signs that we didn’t pick up on, but when his speech started to be slurred we knew that something was wrong. It was right after he returned from a trip to France, where he’d met with a few thousand people. Sadly, our suspicions that something was amiss were confirmed.”

When the Rebbe’s body first began to fail him, his eyes were still fully functional. Using eye-tracking technology called the Eyegaze Edge, the Rebbe was able to communicate by “typing” on a screen with his eyes. But that has since changed. “Over the last while, the Rebbe’s eyes have begun to weaken, presumably due to his intensive use of them,” the rav says. “Until the current infection in his eyes gets better we’ve had to remove the screen because it exacerbated the issue.” In the meantime, in order to communicate, they speak to the Rebbe and he signals his response with his gaze. 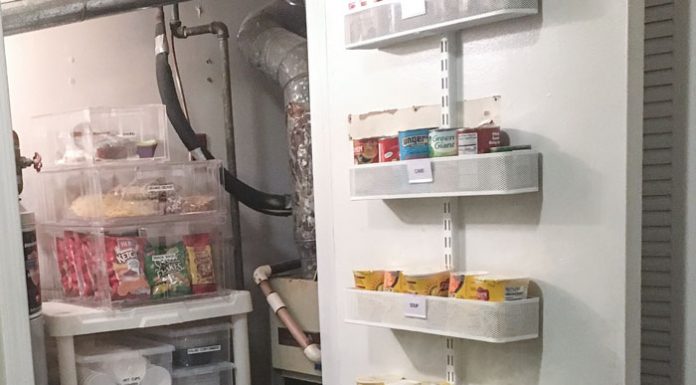