his week, Dubai opened a massive six-month exhibition of culture and technology from around the world. And for the first time in an Arab country, Israelis were invited to the celebrations.
Expo 2020 is the latest entry in the current five-year cycle of international World Expos, which trace their origin back to the World’s Fairs that started in the late 18th century and which began being referred to as “Expo” in 1967.
(This year’s Expo was originally scheduled for 2020, but it was delayed. There are specialized Expos in-between the World Expos, so there was one held in Kazakhstan in 2017 and there will be one in 2023 in Argentina, but the next World Expo will be held in Japan in 2025.)
At the Expo site in southern Dubai, a collection of fantastic buildings has been erected to showcase the contributions of countries, organizations, and companies. The complex is divided up into a Mobility District, a Sustainability District, and an Opportunity District, all encircling a transparent geodesic dome that provides a central pavilion for the Expo site. A full 190 countries have pavilions at the Expo.
On the eastern side of the large complex, in a section of the Opportunity District, between the Italy pavilion and the India pavilion, stands the Israel pavilion, where a variety of high-tech displays show videos and virtual reality experiences that highlight the connection between Israel and Dubai and which showcase Israeli innovation and the natural beauty of Israel.
That ability for Israel to show itself off to the world at this particular Expo is due to the Abraham Accords and the relations between the UAE and Israel. And it is clear that Dubai is welcoming Israelis and Jews to the country with open arms.
One observer to the preparations that have been ongoing to make Israelis and particularly religious Jews comfortable in Dubai is Michael Sussman, CEO of Sussman Corporate Security, an international security company. Mr. Sussman has a long history in international affairs, including in the Middle East. By chance, he’s been working from Dubai for a number of months, because as opposed to Israel and the US, the UAE has had a relatively friendly set of policies around COVID and lockdowns.
Those policies—which allowed him to meet with corporate clients and live a relatively normal life—were a reason that he remained in Dubai, but so was the opportunity to be in the midst of historic events.
“I came here in December with friends who helped with the Abraham Accords,” he told Ami. “I only expected to be here for two weeks, and then go to Israel. But I stayed here and have been a part of a lot of firsts, including a Seder in the desert.
“I ended up at Expo because friends of mine who are ambassadors invited me to be part of their events.
“I spent my life working in international affairs and diplomacy and security, so I really appreciate seeing these types of events.”
Mr. Sussman said that many people have focused on the security aspects of the Abraham Accords, and the way in which they helped solidify a regional opposition to Iran. But the Israeli inclusion in Expo 2020, he said, shows how economy, technology and resources are just as important.
And he says that the Expo is particularly helpful for Israel to make its case to Arab attendees, among others, that it has something to offer them.
“What’s unique about Dubai is that you have a lot of Arabs living here, from Egypt, from Morocco, from Lebanon, from Jordan, and this is their opportunity to learn what Israel is about, from Israel’s perspective, rather than from the perspective of the news and the things that they have been exposed to.
“People who wouldn’t be able to enter Israel will be able to see what Israel is about.”
He noted that the flow of Israelis and religious Jews to the UAE has already been intense. “For example, for the chagim, in Dubai there were four or five minyanim. In Abu Dhabi, as well, there was a minyan run by Chabad.”
He said that for those attending Expo 2020, kosher food won’t be a problem, because of the numerous kosher restaurants that have opened up. A number of hotels are catering to Jewish visitors, as well, with both kosher facilities and minyanim available in many of them.
With six months of the Expo still in the future, Jews and Israelis will have plenty of time to both tour the many pavilions of countries from around the world and also showcase their own contributions. ● 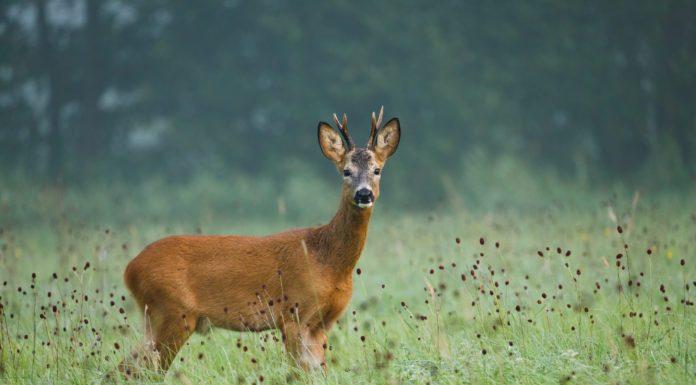 Could Trump be Innocent? Part II // Although His Russian...