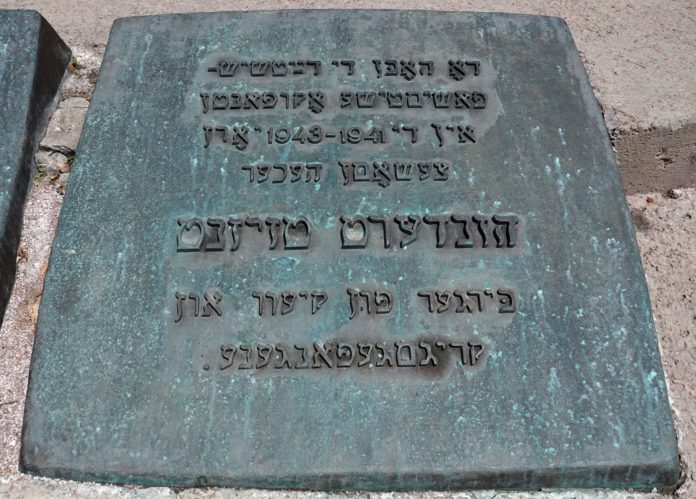 Wanton murder of Jews was a prominent and hideous feature of Ukrainian history from time immemorial. Within relatively recent centuries, there were the 1881 and 1905 pogroms in Kiev (today called Kyiv), which laid the fetid ground for the wave of vicious hatred and pillage that burst forth in the unusually violent pogroms of 1919 in the same area.

Historians count more than 1,300 pogroms across Ukraine during that time, fomented largely by Ukrainian nationalists. Tens of thousands of Jews were mercilessly massacred. Hundreds of shtetlach were left in ruins and, according to some estimates, as many as half a million Jews were left homeless.

But the most infamous massacre of Jews on Ukrainian territory came decades later, and was the work of the Nazis, who invaded Russia and Eastern Europe in 1941. With the happy assistance of Ukrainian citizen collaborators and “auxiliary police,” nearly 34,000 Jews were killed, within a mere two days, at a Kiev-area wooded ravine known as Babi Yar.

Using as a pretext the firebombing of several Kiev buildings where the occupiers had taken up residence, the Nazis ordered the city’s Jewish men, women and children to gather over September 29 and 30 at a spot on the outskirts of the city.

The Jews were led to believe that they were being transferred to another locale, and were told to bring money and warm clothing. They were then marched to Babi Yar, ordered to put their possessions in a pile, and gunned down into a mass grave, which was immediately covered, burying some of the victims alive. The Nazis then gathered up the murdered Jews’ belongings.

Over the next two years, the ravine would be filled with thousands of other bodies, including communists, Soviet prisoners of war, psychiatric patients and Roma people.

After World War II, Ukraine became a part of the Soviet Union. In 1991, with the dissolution of the USSR, it gained its independence. And, increasingly, a willingness to confront some of the more uncomfortable elements of its history.

Last week, Ukraine marked the 80th anniversary of the 1941 Babi Yar massacre. The Ukrainian Foreign Ministry described the date as “sad and deeply symbolic in the history of the country”; and all Ukrainian schools held a lesson dedicated to the tragedy.

Ukraine has also begun construction of a Babi Yar memorial complex and a museum at the site of the mass executions, and plans to unveil it in 2025-2026.

And recently, Ukraine’s parliament passed a law stating that “anti-Semitism and its manifestations are banned” in the country. As examples, it lists Holocaust denial and “calling for, concealing or justifying the killing or harm of persons of Jewish origin.”

And while the law does not mention anti-Israel rhetoric, Ukraine is a signatory to the International Holocaust Remembrance Alliance definition of anti-Semitism, which defines some anti-Israel speech as anti-Semitic.

Yet there remains a persistent and deep-seated antipathy toward Jews among some Ukrainians. That may have played a role in the fact that six of the 450 lawmakers voted against the proposed law, 40 abstained and 33 were not present during voting, according to the Ukraine parliament website. Still and all, the measure passed by a large majority.

Jewish history is full of unexpected twists and turns. The Soviet Union, which arguably did more to uproot Judaism than any other modern regime, was the first world power to recognize Israel de jure, and indirectly assured that the newborn state would have the weapons it needed to defend itself. (Abba Eban, Israel’s first UN ambassador, said that without the arms provided by the Soviet bloc, “we couldn’t have made it.”)

One of the countries today most supportive of Israel is the erstwhile engine of the genocide of Jews, Germany.

And Ukraine’s president, Volodymyr Zelenskyy, is Jewish. As is Volodymyr Groysman, who served as the country’s prime minister from 2016 to 2019 (during which time Ukraine was the only country other than Israel to have both a Jewish head of government and head of state).

May all the yet-to-unfold twists of Jewish history be happy ones. 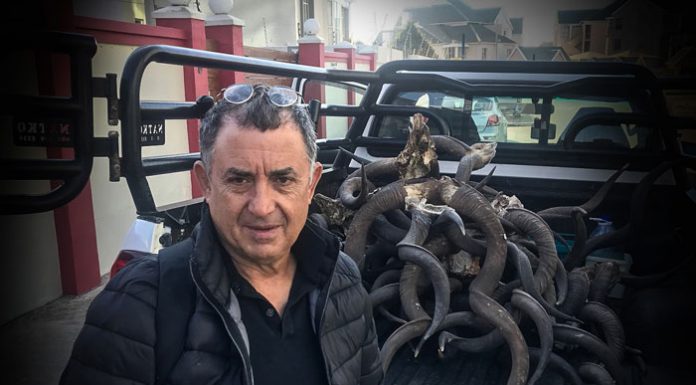