Picturing Russian political prisoner Alexei Navalny forced to sit before a screen to watch state propaganda, as he recently recounted to The New York Times, conjured two similar scenes from my memory.

One was a painting reproduced in “Scattered Among the Nations,” a collection of documents, art and photographs concerning Jewish history. It depicts a common scene in Western Europe during the Middle Ages: Jews being coerced to sit in a church and listen to a preacher trying to lure them from the Torah. In the depiction, one man has his hands folded against his body in a defiant stance. Another, who presumably fell asleep or sought to escape, cowers as a guard threatens to hit him.

The other image was painted not by a brush but by testimony: my father’s, z”l. He spent the years of World War II at first being chased in his native Poland by the Nazis and then, captured by the Soviets, in a Siberian labor camp. He described how he and his fellow Novardoker yeshivah bachurim were shown films extolling the glorious accomplishments of Soviet communism. The talmidim weren’t terribly impressed, but watching newsreels, transparently silly as they were, sure beat cutting down trees in the frigid taiga to make gun stocks.

Hard labor for political prisoners, which survived the collapse of the Soviet Union and was once par for the course in modern Russia, seems to have given way to a less physically taxing but psychologically torturous torment. Mr. Navalny says he is forced to watch Russian state TV and propaganda films for more than eight hours a day. Authorities refer to it as “awareness raising.”

“Reading, writing or doing anything else,” during the screen time, Mr. Navalny related, is prohibited. And if an inmate nods off, he said, guards rouse him.

Mr. Navalny isn’t likely affected by the propaganda to which he is subjected daily.

Neither, just as likely, were many of the medieval church-“attenders.” My father was as far from a Communist as can be imagined. And yet, there have certainly been coerced audience-members whose minds, exposed to relentless propaganda, were messed with effectively.

After reflecting on Mr. Navalny’s current experience and the “educations” to which medieval Jews and my father were subjected, yet another image, at first ambiguous, formed in my mind. It took a while to congeal, but eventually its outline, and then its details, sharpened.

It was the image of countless Americans similarly subjected to “educational” propaganda. But theirs, crazily, by their own designs.

Whether the chosen focus is a particular news network, pundit pool or social media account, many consumers of news today feed themselves a constant diet of undeniably slanted information and opinion. That it is their choice to watch and listen to the propaganda doesn’t change its upshot. Self-hypnosis, after all, is hypnosis, too.

And the result is citizens who are only able to see the world in a certain way, and who are increasingly incapable of objectively weighing different points of view.

As part of my professional responsibilities to the Agudah, I canvass a broad assortment of news sources. And I am sometimes asked whether there is an entirely trustworthy, unbiased and objective place to get news. My response is that there are certainly media that stand above the crowd with regard to accuracy and objectivity, but no news medium—after all, media, in the end, are people, and people, no matter what they may say, harbor opinions—is entirely objective.

And so, I explain, the only way of ferreting out facts and achieving objectivity is to access media of different biases. And then, using common sense and critical thinking, discard the biases—by carefully noting the way facts are presented, the order in which they’re offered, and the emphases placed on different facets of the reportage. And by conducting further research, when primary sources like videos or documents are available.

It would be nice if all news were presented straightforwardly, without bias, disingenuousness or shading. But our world harbors a plethora of prejudices.
And, sadly, a considerable part of the population that happily chooses to give its full attention to the propagandists that most charm them. 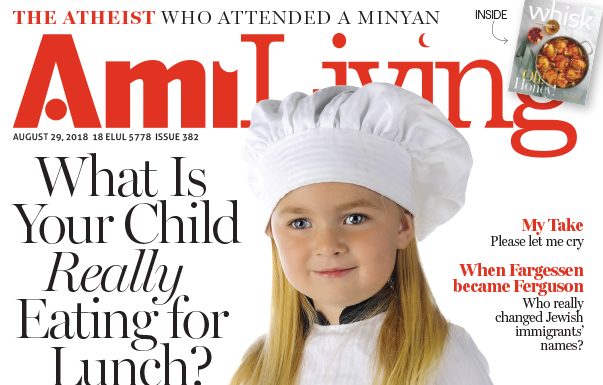 The Case of a Lifetime // Gary Apfel, Sholom Mordechai Rubashkin’s pro bono attorney, and Rabbi Zvi Boyarsky of the Aleph Institute reflect on...