The Ohel Yaacob Synagogue in Deal, New Jersey, where my esteemed and gracious host, Rabbi Eli Mansour, serves as the rav, is probably the most beautiful building—or palace—that I have ever been in. Located on Ocean Avenue, right across from the sea, it is a stunning edifice with a white brick and glass exterior surrounded by a picturesque promenade, with gorgeous flowerbeds and immaculately manicured landscaping. Inside, the building has a bright, airy entrance hall with marble flooring. Skylights allow sunlight to illuminate the premises, in addition to the light fixtures and a huge chandelier suspended in the middle. There are many different shuls inside this building. One of the shuls on the first floor boasts an intricately designed marble aron kodesh and comfortable fabric armchairs. Another has a more modern metal aron kodesh flanked by marble pillars and leather armchairs. The walls of the simchah hall are glass, with a tiled floor and a serene ocean view. An attendant is stationed outside the bathroom to make sure that everything is kept spotless. A blue-carpeted staircase leads to a balcony overlooking the entrance hall.

In the same way that the Catskills serve Ashkenazim as a refuge from the sweltering summers of New York City, Deal offers the same escape, but for the Syrian community. Both places have few people living there for most of the year and fill up for the summer months. But that’s where the similarities end. Whereas the Catskill Mountains are filled with bungalow-style homes in close proximity to each other, Deal, a 30-minute drive from Lakewood, is a beach resort town with beautiful tree-lined streets, sprawling estates and magnificent villas.

As I stand there dumbfounded, marveling at the shul and its surroundings, a deep Brooklyn-accented voice interrupts my thoughts. “I was worried that you won’t find your way to my office,” Rabbi Mansour tells me with his trademark smile.

An admired speaker and lecturer whose shiurim attract thousands of listeners worldwide, Rabbi Mansour is one of the most revered leaders of the Syrian Jewish community, which has experienced astounding physical and spiritual growth over the past few decades. A widely respected talmid chacham, Rabbi Mansour is also the author of a popular ArtScroll Haggadah and numerous other sefarim and articles. He leads me up the staircase to the balcony and then to the library, which also serves as a shul. Right across the hall is the rav’s office. One wall is lined with bookcases, and there is another bookcase behind Rabbi Mansour’s desk. There is also a long table surrounded by chairs, presumably for meetings or shiurim.

Dramatic Metamorphosis
When I called Rabbi Mansour to ask if he would allow me to speak with him, he made it clear that he would only agree if the ensuing article wasn’t about him; it had to contain something positive so that people would come away with a lesson or a feeling of inspiration. My first question to him, therefore, is about the Syrian community’s dramatic metamorphosis into a bastion of Torah learning. Does he have an explanation for it?

“I think the best way to explain our community’s shift toward Torah is by looking at the general societal shift in the United States,” Rabbi Mansour begins. “Two decades ago, the values of this country were much more conservative, even among liberals. But these days, far-left progressivism is now a mainstream position. An entire generation has been indoctrinated in the colleges and universities, and they went on to indoctrinate others. This shows you the power of education—or rather, miseducation. By contrast, during this time period, an entire generation of our students went through yeshivah from pre-nursery to Israel and even kollel. These students are now sending their own children to yeshivot, and we are seeing the beautiful fruits of this yeshivah education.

“The Talmud teaches that the Torah always returns to its host. There may be a temporary void, but the Torah will always come back. Our community consists of people who hailed from Halab (Aleppo) or Damascus. These cities were full of yeshivot and great rabbis. When immigrants from these places first came to the United States at the turn of the century, there was a ‘break in the action,’ so to speak. There were those who abandoned the yoke of Torah, lured by the promise of a better life, but the Torah eventually returned, just as the Gemara promises.

“Chacham Baruch Ben Haim, zt”l, the founder of this synagogue, and other great rabbis put a great emphasis on the education of children. In those days, the teachings weren’t on the highest level, but the parents already recognized the importance of learning Torah. Fortunately, their children had more options available to them, such as Rabbi Raful’s Ateret Torah, Rabbi Haber’s Shaare Torah, and later, Rabbi Yedid’s YDE. Then the mainstream yeshivot like Magen David in Flatbush and Hillel in Deal shifted towards the right and started gearing their teachings more towards Torah. Nowadays, they aren’t teaching the uneducated; the goal is to get their students to learn Gemara and be fluent in Tanach. The hashkafah in our schools is for the girls to attend seminary and the boys to study in Eretz Yisrael for a couple of years. It took a lot of hard work on the part of the earlier rabbis to stabilize the ikarim and wait for the brachah of the Talmud to kick in.

“Twenty years ago, you didn’t see religious people walking around in Deal,” he continues. “Most synagogues had three kinds of books—siddurim, Chumashim and Tehillim. The more religious ones would also have a Chok L’Yisrael. Now we have synagogues and batei midrash featuring multiple shiurim and libraries rivaling those of the best Ashkenazi yeshivot.”

Rabbi Mansour’s face beams with pride as he reflects on this positive progression.
“All of this is due to the efforts and investment that the community put into our educational institutions. People complain about the high cost of our tuition. Yes, it’s a problem, but a quality education doesn’t come cheap. If you want free tuition, send your children to public school; you’ll find out rather quickly what that gets you.

Every single parent who complains about tuition would be willing to pay a million dollars if one of his children left our religion, chalilah. We should view the money we pay for our children’s education as insurance. It’s religious insurance, in addition to our homeowner, automobile and health insurance. A strong education is vital for the continuity of our success, and it requires investment. Baruch Hashem, we have virtually no intermarriage in our community.” 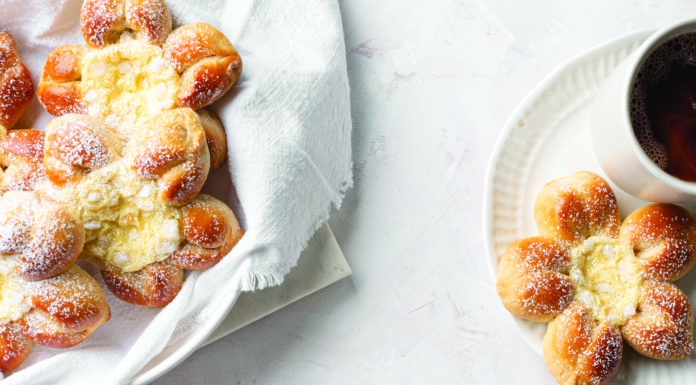 The Unsuspecting Passengers // Was the person on the bus a bachur or a terrorist?