When I heard about real estate investor Reuven Kahane, I was told that he had a very interesting story. He was right. Reuven began his career as a pulpit rabbi, earned his law degree, and then went on to launch the wildly successful Bonkers Bagels in Israel. Today he is the president of a national real estate company and a new author whose upcoming provocative novel has piqued the interest of a host of publishers. Reuven also dreams of founding a kollel for men who wish to learn after retirement. As I said: interesting!

What do you mean when you say that you work next to, but not for, your father-in-law?
Let’s say 99.9 percent of people who enter a family business end up fighting with each other. Obviously, a major factor is the boss/employee relationship, which is unhealthy in any family unit. Fortunately, when I got married, I had already made my own money (in addition to already having been retired from three professions). I was able to work next to my father-in-law, as it was not an employee or salaried relationship. I could go and come as I pleased, and he could tell me to leave as he pleased—which, thank G-d, he never did. It was the perfect situation. I was able to co-invest with him using the money I had saved, and I found new deals for the company. Additionally, his name and company gave me credibility and access to so many of the largest deals in America that I could not have sourced myself.

Many people who join a family business have a chip on their shoulder, often wanting to prove that they made it on their own. Does the fact that you made it on your own before joining the business change that for you?
I’m not sure who makes what on his own because so much is in the hands of Hashem. In any case, I am very grateful to my father-in-law and I am honest about his role in my success. I did come in with business experience and degrees and some money, but he helped me multiply it to a point that there is almost zero chance I could have done it without him. I’m blessed to have had the ultimate Zevulun and Yissachar as mentors. My father was a preeminent rav in America and my father-in-law is a preeminent real estate investor and supporter of Torah. The thing that binds them together the most is their humility.

Can you share some of the lessons your father-in-law has taught you?
He has said many times, “Numbers don’t lie and liars don’t use numbers.”

I love that line. Basically, it means to be as transparent as possible.
Exactly. When you “overshow,” meaning that you are as forthcoming as possible, the consumer will trust you and that makes it easier for you to make a sale.
As a landlord, my father-in-law always made sure not to squeeze his clients. During bad times, he would always have rachamanus on his tenants. Having loyal tenants helps keep your portfolio stable for the long-term.

How do you manage all of your investments?
I use personal in-house accountants and third-party management. Most of the properties I’m involved with are in areas without rent control or stabilization, and I don’t do any ground-up development. I have far fewer headaches and litigious tenants than some other real estate professionals.

Is flipping real estate crucial to your business model?
Not really. I have done about a dozen of those deals, but I almost never go into contract with the intention to flip. However, at the same time, I have no problem selling while in contract, essentially selling the contract. Most of the time this happened when the final buyer was in a desperate 1031 exchange [investment property swap] and I was not. Once, this happened when I was in contract on eight Walmart stores, and someone who was in an $80-million exchange needed to buy something quickly or he was going to pay around $30 million in taxes, so he bought the contract from me.
Recently, I had a 300-unit multi-family deal in Texas that got tied up. It seemed like a grand slam of a deal. But when I found out how much time I would have to spend in Texas (and not the frum part of Dallas), I sold it to someone else. In the end, he got a grand slam and I suppose I ended up with a triple.

The New York Post wrote in 2013 that you made a $2.25-billion offer on the Empire State Building.
This is the way crazy rumors, real estate myths and urban legends start. The whole story is funny because my brother read that front-page article the day after I asked him to go 50-50 on a $100 birthday present for our sister. The truth is that I did make an offer to the broker, but it was on behalf of a group of Israeli and Ukrainian businessmen I had known for years through my dealings with Likud. They needed someone local to make the offer. If they had won the bid, I suppose I would have owned .00001 percent of it.

What would you say to someone getting into or already in the real estate business?
I always thought real estate was the best business because if you found a good deal, you could always find equity investors, and banks would allow you to leverage up. Eventually, you would have passive income and you could leave it to your children, who would have to work hard to mess it up. That’s why if someone asked me which business he should go into, unless I thought he was headed for Goldman Sachs or Google Labs, I always said real estate—until now.
I just don’t see a place to enter the market now, unless you come in with a skill, something that gives you an advantage. Even if you’re willing to work 24 hours a day like so many successful guys have, the competition is so fierce and the cap rates are so low that it’s almost impossible to find a deal that would make sense for investors. Maybe I’m wrong; I’m just not as enthusiastic as I once was about New York real estate.
I know that you wrote a book. What is it about?
It’s a dystopian novel set in the near future. It brings us back to olden times, not Nazi Germany but the anti-Semitism of Russia and Spain and Poland. Hopefully none of it will come true, but the book has an important message.
The idea for it came to me several years ago when I realized that in a decade or so, the last Holocaust survivors will all be gone. It’s difficult to connect to a tragedy when there are no living survivors. I felt that a book describing something tangible that takes place in American cities, on the streets people walk today, would have an effect on our collective memory of the past as well as what we watch for in the future. I had several offers from publishing companies, but I chose to self-publish because my goal is to make the book as accessible as possible, especially for large groups and organizations. I needed it to be at a price point that self-publishing makes possible. In addition, self-publishing allows for complete editorial freedom.

It sounds like an intense book. Aren’t you afraid it will give anti-Semites some ideas?
I don’t think they need any new ideas. The book is written for the next generation, for our children and grandchildren. I believe that by reading about extreme anti-Semitism in Williamsburg, Woodmere, and Chicago, for example, they can get an inkling of what our grandparents felt and lived through.

You mentioned something about kollel.
I was once sitting in a restaurant in the Five Towns, and I overheard a family debating who would pay for them to go away for Pesach and whether they should go on a certain Pesach program in Florida, given that Zeidy would not go because he was still nervous about COVID.
I thought the world had turned upside down. I have always felt that it was supposed to be like it was when I was younger, where the kids help the grandparents up the stairs, or they work to the bone to put a few dollars in the collection tin for the Jews of the Lower East Side. Here I was seeing the exact opposite: It was the old and infirm holding up the young and healthy. The grandfather should not be paying for the Pesach program for his entire extended family. He should be in kollel. Imagine a room full of 500 well-rested men with real wisdom, learning Torah. Trust me, you would need 500 fewer pacemakers in this world.

How do you deal with stress?
Everyone has stress; it’s just a matter of reducing it as much as you can. So have one credit card instead of five, never go to a restaurant on Pesach, and never fly to Israel a day before Sukkos. These three alone can cut your stress in half.
In terms of my own real estate business, I’ve decided to take the risk-reward approach of “less risk, less reward.” I’ve invested in safer, more conservative properties with maybe a little less pop, but fewer worries. I go in with family or a partner or use my own money; I have not dealt with outside investors for 27 years and I think that removes a lot of stress and anxiety. I also choose my partners very carefully. In the course of two and half decades in real estate, if I partner with a non-relative, 90 percent of the time, it’s the same four or five people. One of them is Shimon Weiner of Oakwood Capital. I’ve done 18 deals with him, including the Walmart deal I mentioned. Finding someone in this business like Shimon is priceless. He has done billions in financing and never misses a day of Daf Yomi—he is on his fourth or fifth round through Shas. I lost count.
In terms of immediate stress release, I walk about ten miles a day, listening to music or talking to myself; every walk is different. You know, I’m walking right now as we speak! ● 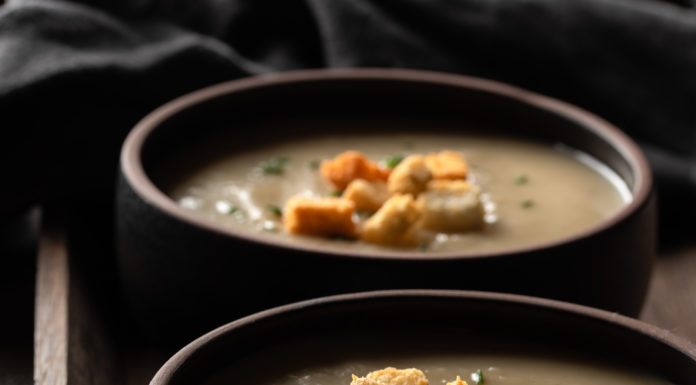 “Gei Un Shveig” // A Tragedy Leaves A Family, A community And A Nation Stunned

In The Upper Realms of Existence // A visit with Rav...