Forty is only eleven in Scrabble!
I looked up from the birthday card, my nose twitching slightly. Mendel was standing in front of me with a hand behind his back, waiting for me to laugh or to at least say something.

I fingered the card for a moment before placing it in a drawer. Being a month shy of our 18th anniversary, as we were, I expected him to know better than to poke fun at my age with a generic Hallmark card.

“Ha ha,” I said, more as a courtesy than anything else. “Forty is a big number, but you’re saying that it’s not that big.”

I watched his hand movements cautiously, since it was pretty obvious that he was holding a present for me. He pulled his hand out from behind him and grinned as he presented me with a small cube wrapped in silvery iridescent paper.

A box this small had better contain jewelry, I thought to myself. Especially after such an unthoughtful card. I tore the wrapping off and anxiously slit the tape. Carefully lifting the flaps, I closed my eyes and stuck a hand in.

“You bought me a pack of sticky notes?” I asked, opening my eyes in disbelief while waving a light-yellow pad that should have been a pair of diamond earrings.
“That’s right!” Mendel was still grinning, oblivious to the serious faux pas he had just committed. “It’s for you to write stuff down, to help you remember things now that you’ve reached this milestone.”

He said it as if he meant it, which he’d better not have. This was obviously some kind of practical joke. It had to be. There was no way that he could be this clueless. My eyes searched around the room for the real gift, but there didn’t seem to be any.
I grabbed a pen from the nightstand and cleared my throat. “Thank you so much, Mendel,” I said drily. “I think the first page should commemorate this unforgettable birthday gift.” I scribbled down the date and a few sentences on the first sheet, yanked it off the pad and slapped it on the wall.

I stalked out of the room to get ready for work, ignoring the confused look on Mendel’s face. There go almost 18 years of shalom bayis down the drain. He should have known better.

* * *
It wasn’t that I was going through a midlife crisis or anything like that. I mean, my youngest, Chana Leah, was first turning two in November. I was still young. Who cared that I turned 40 today?

My mind elsewhere, I stepped onto the B9 and inserted my MetroCard in the slot. The screen blinked EXPIRED in capital letters. Oops. Just another thing to go wrong on my birthday, I supposed. The bus driver tapped his fingers on the steering wheel as I rummaged through my pocketbook for loose quarters.

Before I even had a chance to find a seat, the driver stepped on the gas and continued on his route. As the bus lurched forward, I quickly grabbed hold of a pole and held onto it for dear life. 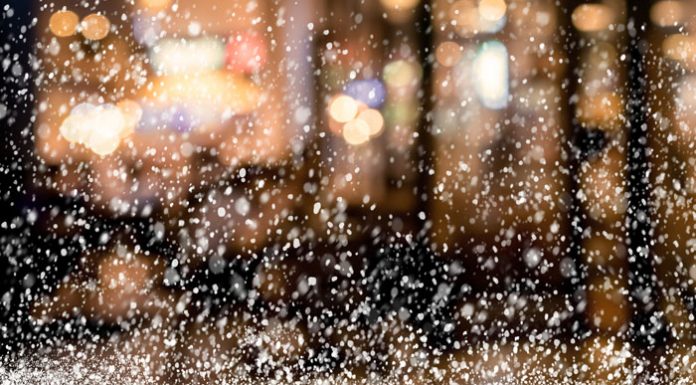 Sticky Fingers // I hadn’t done anything wrong —but it sure...