Warnings about the Boycott, Divestment and Sanctions movement have been made for years by pro-Israel advocates, as the pro-Palestinian side made threats. As the fight over the recent Ben & Jerry’s boycott continues, after the company said it would be ending its relationship with its Israeli licensee because of sales in the West Bank, it may be ice cream that provides the test of the power of the two sides.

That’s in part because a number of US states have begun the process of unleashing their anti-BDS laws on the company. At press time, New York, Texas, Illinois, Florida and New Jersey have started examining whether their laws could be used to sanction Ben & Jerry’s.

The anti-BDS laws make it impermissible for the state governments to do business with a company that boycotts Israeli companies, including those doing business in the West Bank.

That could mean, for example, that a state wouldn’t be able to purchase Ben & Jerrys’ ice cream for its state college cafeterias. But that alone would likely not make a huge difference for the company. What would make more of an impact is the states’ relationship with Unilever, which owns Ben & Jerry’s, and particularly whether the states’ pension funds would continue to invest in it.

Unilever is a massive company that owns a large number of brands that states definitely do purchase in large amounts. For example, its cleaning and hygiene products are used in state facilities, like prisons. Those contracts could be worth a good deal of money.

Perhaps even more concerning for Unilever would be if states would divest it from their pension funds, dropping a large amount of its stock on the market and driving down its stock price. If the states do come to the conclusion that Unilever’s actions come under the rubric of their anti-BDS laws, that might be a catastrophic blow to its market value.

Unilever itself appears to be trying to place the blame for the boycott of the Israeli Ben & Jerry’s company on the external board that was put in place as part of the agreement with the Ben & Jerry’s founders when they sold the company to the UK multinational. William Daroff, the CEO of the Conference of Presidents of Major American Jewish Organizations, told Jewish Insider that he spoke with Unilever executives last week. “It was very positive,” he said. “They were very much trying to assure us that it wasn’t Unilever [that made the decision], that it was this board at Ben & Jerry’s, and they were somewhat apologetic but also mostly in listening mode.”

With a large amount of money on the table, it makes sense that they would be listening. Whether they can override the contract they made with the ice cream company—if the board is really to blame—is unclear.

There is another offensive being planned against Ben & Jerry’s, one using the Ben & Jerry’s trademark as a weapon. The organization Shurat Hadin has said that it has applied for the trademark “Ben & Jerry’s Ice Cream of Judea and Samaria.” Shurat Hadin claims that it can open an ice cream company in the West Bank with that name because Unilever lost its trademark when it declared that it wouldn’t be doing business there. (Ironically, the Ben & Jerry’s ice cream that Palestinians in the West Bank eat is also from the Israeli company that Unilever is revoking its license from.)
The organization has challenged Unilever to sue them and thereby be forced to explain its decision to boycott an Israeli company in court.

Shurat Hadin president Nitsana Darshan-Leitner said that this is a new method that her organization will be taking: “Unilever is no longer able to enforce its trademark in these areas. These are our new weapons and approaches in the war against BDS: Anyone who stops selling his products in Israel will find that we have taken over his trademarks and rights. Ben & Jerry’s will regret the day they boycotted the State of Israel.”

With smaller attacks on Ben & Jerry’s (such as the decision by several mainstream grocery chains in New York, like John Catsimatidis’ Gristedes chain, to reduce or entirely forgo selling the ice cream) adding to these larger actions, the company will feel at least some pressure. 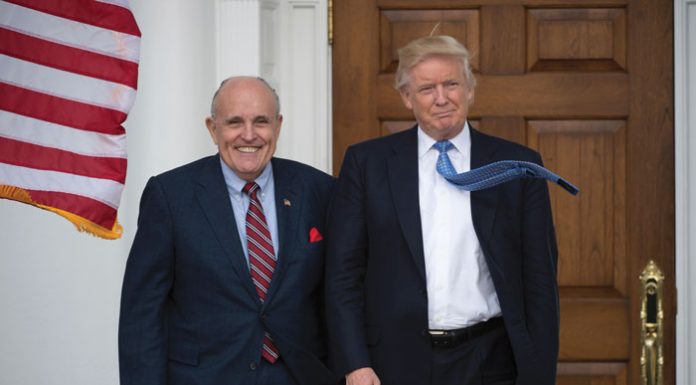 The Note on the Door // How could I tell my neighbor that her utilities were about to be shut off?

Covering up coronavirus: why is Russia trying to blame the us for the virus?