You’ll be forgiven for puzzling over the assertion that slave traders and Hutus have hated Jews. That’s not, though, what Mr. Lapid meant. He was conveying his conclusion that all persecuted people are, in effect, “Jews”; and all hatred, “anti-Semitism.”

Secularist Israeli pundits praised what they characterized as a groundbreaking and long-overdue speech.

That gets it about right. But, incendiary adjectives aside, it behooves us to understand why reducing anti-Semitism to but one of a contemptible cornucopia of hatreds is a bad idea—and, more to the point, why it is wrong.

It’s a bad idea because it gives a pass to those who seek to hate Jews but pretend that they don’t really. Like some on the far left of the political spectrum who claim to decry anti-Semitism, protesting that they are attacking only “Zionists.” Or others, on the far right, who also hate Jews but support Israel and attack only “globalists.” Watering down all-too-real, if all-too-often-disguised, animus toward Jews only encourages more of it.

But, more importantly, anti-Semitism is, in fact, sui generis, that is to say, in a class by itself.

Yes, slave traders who threw human beings into the ocean, and African tribes who slaughtered other tribes, and Muslims who kill other Muslims are all evildoers.
But it was 1781 when the captain of the ship Zong, having decided that some of his cargo of slaves were sick, likely to die soon and consuming resources, cast 132 people overboard.

And it was 1994 when Hutu tribesmen slaughtered Tutsis, the result of a political battle for control of Rwanda.

Muslim extremists murdering other Muslims goes back no further than 1,500 years and is born of religious rage.

Anti-Semitism is millennia-old, dating from ancient Egypt to the present. And it isn’t, in its essence, practical or political or religious in nature. It transcends all “reasons” and all logic. It is visceral and unhinged, and has murdered millions of Jews, traumatized millions more and threatens all Jews to this day. It alone has yielded blood libels and random attacks. The day I wrote this, I watched a surveillance video showing a woman smashing a hammer into the window of a Williamsburg yeshivah. A few days earlier, a Jewish man was assaulted and robbed on his way to a Flatbush shul. One doesn’t see such violence routinely perpetrated against any other group.

To wrap all haters into a neat malodorous “anti-Semitism” package does a grave disservice to the most ancient, multifaceted and tenacious hatred in human history. It does violence to history itself.

The deconstruction of anti-Semitism, moreover, reveals something deeply disturbing: embarrassment at the idea of Jewish specialness.

Haaretz’s Nir Guntaz, who called Mr. Lapid’s speech “a foundational event,” gushed that he “can’t remember when an Israeli leader of such high stature… claimed with such clarity that the hatred of Jews is no different from any other hatred… [and that] nothing is unique about the Jewish people except for whatever uniqueness it attributes to itself.”

No, Mr. Guntaz, our uniqueness is born not of any choice of ours. It was bestowed by divine decree and in the merit of our ancestors. You needn’t be ashamed by Hashem’s decision, as it is not meant to secure any special treatment for Jews or to assert some Jewish racial superiority. It is meant to charge us to be good examples to humanity.

And it is our chosen-ness for that mission that infects the bile ducts of Jew-haters, erupting in canards and violence, or lying dormant until some convenient excuse gets the venom flowing.

Anti-Semitism is unique and uniquely senseless and ugly. Speeches and punditry notwithstanding, that is historical fact. 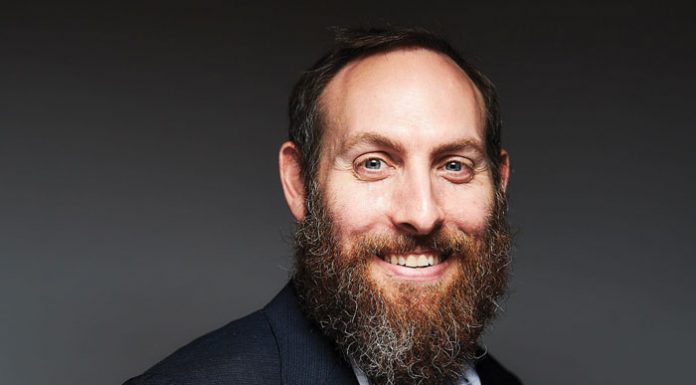 The Palestinian Authority: Time for “Regime Change”? // Sometimes there is a valid reason to bring change to foreign governments

On the Spot and Off the Record // President Trump invites...