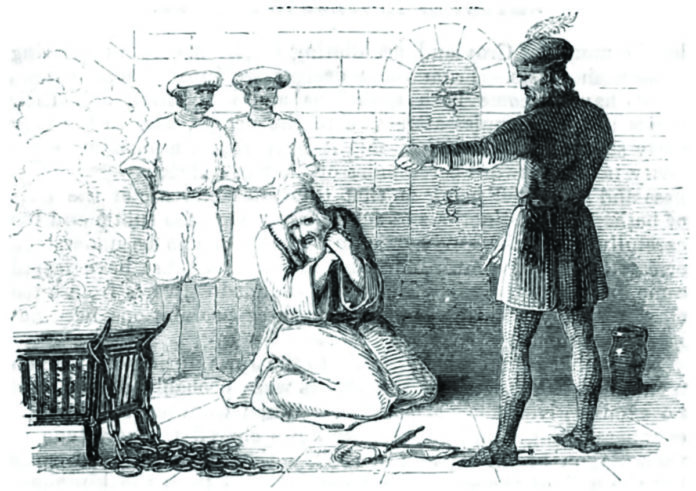 It has always struck me as ironic that the largest Jewish community in America, that is to say, New York’s, lives in a city named after an English one infamous for the killing of all its Jews.

The year was 1190, and the event was the York Massacre, when the entire Jewish community of the northeast English city—about 150 people—barricaded themselves inside a local castle as a mob of Jew-haters raged outside.

The driving force behind the mob was one Richard of Malebysse (referred to by contemporaries with a pun on his town of origin as Richard the Evil Beast—and, among Jews, as Hebrew documents of the time in the British Museum attest, as “Richard Chayah Raah”). With the British monarch at the time, Richard I, busy launching a Crusade, the chayah raah gleefully incited the mob.

Some of the besieged Jews, fearing forced baptism and heeding the psak of their rav, Rav Yom Tov of Joigny (one of the baalei Tosafos), took their own lives rather than fall into the hands of the mob. The besiegers murdered the others and the castle was burned to the ground.

Earlier this week, as on every Tishah B’Av, some Jews recited a kinah commemorating the York massacre (“Elokim be’alunu zulascha adonim…,” written by Yosef ben Asher, a talmid of Rabbeinu Tam). And more than a million members of klal Yisrael currently reside in the American city carrying York’s name.

England in medieval times was rife with Jew-hatred, with Christian calumnies fueling blood libels, assaults and murders. In 1290, exactly a century after the York Massacre, the entire Jewish population of England was expelled from the country on the orders of King Edward I. (Jews did not return to England until the 1650s, when they were invited to resettle there by Oliver Cromwell.)

And now, more than eight centuries later, comes the unexpected news that the Church of England, the heir to the isle’s Christianity (once the much-married King Henry VIII broke ties with the Pope in the 1530s after the Catholic Church wouldn’t allow him to annul his first marriage), is planning to apologize for its predecessors’ treatment of Jews.

The act of contrition is planned for next year’s 800th anniversary of the Anglican church’s Synod of Oxford, which, in 1222, implemented anti-Jewish decrees including a ban on building shuls and a requirement that Jews wear a “badge of shame”—seen by historians as a precursor to the yellow star Jews were forced to wear in Nazi Germany.

Anglican leaders announced the planned apology at a recent meeting of the General Synod—the Church of England’s legislative body—as a way of addressing recent and “rapidly worsening anti-Semitism in the UK.”

Reactions have been mixed. Dave Rich of the Community Security Trust, a British Jewish charity, seemed less than bowled over, drolly characterizing the planned declaration of repentance as “better late than never.”

But contemporary Anglican clergy bear no personal responsibility for the acts of medieval British sinners, and so, their planned apology, aimed as it is at bringing attention to here-and-now Jew-hatred, is, to my lights, commendable.

An anonymous commenter on a British news site expressed his own take: “When will these broken people simple [sic] admit the past is the past and it is not who we are today and be done with it? This is just… phoney [sic] empathy for people that have been dead for over seven centuries!!!”

We Jews, though he doesn’t appreciate it, are exquisitely tied to our past, even our distant past.

But justice, in the end, is not in our hands but in Divine ones. “Li nakam vishileim—Vengeance is with Me, and will be paid” (Devarim, 32:35).

There may have been a subtle reminder of that fact in January 1984, after construction at York’s Sainsbury car park uncovered ancient human remains. And it was established that the parking lot was being built over the city’s ancient Jewish burial ground. The remains were reburied under the supervision of then-Chief Rabbi Immanuel Jakobovits, z”l, on July 8 of that year.

The following night, lightning—from a clear sky—struck the medieval edifice known as York Minster, the “mother church” for the Diocese of York, and devastated the building. 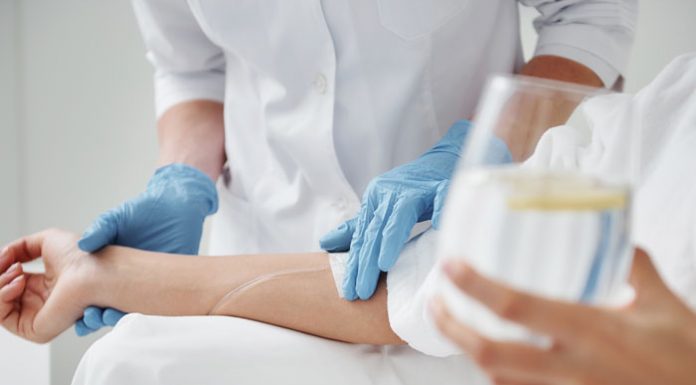 A Double Standard? // Q&A with former Israeli Ambassador to the...

Washington Insider // The Regrets of a Tax Man