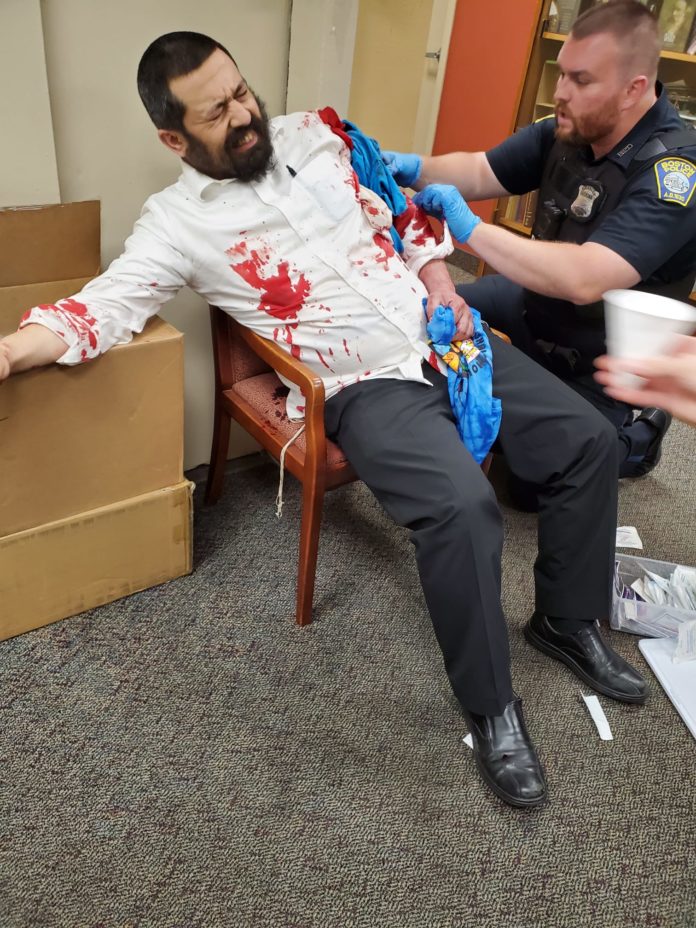 The image of the bloodied arm and hands of Rabbi Shlomo Noginski, who was stabbed multiple times on July 1 in Boston’s Brighton neighborhood near the Shaloh House school, where he teaches, drew worldwide sympathy. Rabbi Noginski, who lived in Israel for most of his life, hails from Russia and has been serving as a Chabad shliach in Boston for the past two years. I spoke to him this past Monday about the attack and its aftermath.

How are you feeling?
Baruch Hashem, I’m feeling better. I’m taking painkillers and antibiotics, but otherwise I’m feeling very strong. It was a big neis. This person tried to stab me a few dozen times. I don’t know exactly how long the whole thing lasted, but it must have been five or six minutes. He kept trying to stab me throughout that entire time, so the fact that he “only” stabbed me eight times is a big neis. He did stab me in the stomach and the ribs, but if it would have gone a bit deeper I’m not sure if I’d be able to talk to you right now.

This was indeed an amazing neis.
Absolutely. I was saved from certain death. He was non-stop trying to stab my body, and specifically my heart, but baruch Hashem, he wasn’t successful, and he barely even managed to stab my body.

What stopped his knife from penetrating your organs?
I kept stopping his knife with my arm. My whole arm is cut up, but I was able to stop him from stabbing me anywhere else. Even the two times that he did manage to stab my body were partially deflected so that they weren’t deep. 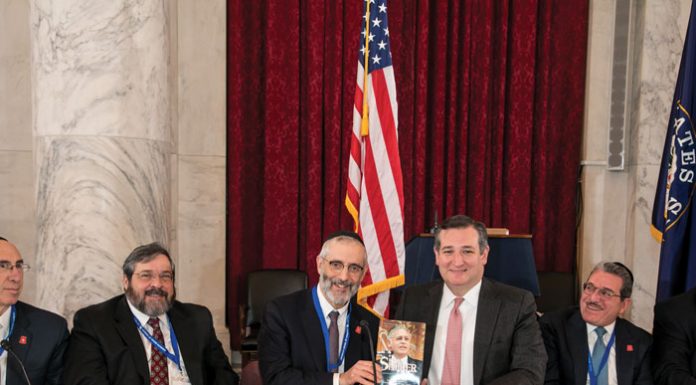 New Help for the Tuition Crisis? // A proposed bill may help get more money to yeshivah parents