The self-described “future leaders of the Jewish community” in the US have spoken.
Those would be the hundred or so non-Orthodox rabbinic (and cantorial) school students, “training to teach the Torah and lead the rituals that will hold our joy and our sorrow,” who signed and publicized a letter criticizing Israel for its “violent suppression of human rights” and its application of “apartheid in the Palestinian territories”—and lambasting American Jews for their support of the ostensible criminal enterprise.

How sad, and how sadly revealing.
The seminarians—like the assortment of late-night comedians and dyspeptic pundits whose lead they follow—are either ignorant about what apartheid meant in South Africa or about Israeli society. Very likely, both.

In the dishonored spirit of trying to render pig feet kosher, the letter includes a righteous sprinkle or two of quotes from Nevi’im and the Gemara. But its message is clear, and utterly treif.

“Our institutions,” the missive declares, referring to Jewish ones, “have been reflecting and asking, ‘How are we complicit with racial violence?’” (Speak for yourselves, guys and girls.) And yet, the signatories continue, “so many of those same institutions are silent when abuse of power and racist violence erupts in Israel and Palestine.”

Do they actually mean to equate things like shooting unarmed and non-threatening citizens or kneeling on their necks until they die to Israel’s attempt to protect its people from a murderous enemy’s thousands of deadly missiles? An enemy that intentionally and gleefully targets innocents and is sworn to their country’s destruction? Apparently.

That would be bad enough. But the group also seeks to mobilize American Jews to “use our position as citizens of Israel’s biggest benefactor to push to regulate and redirect funds” to “promote a peaceful and just future.”

It’s hard not to think of the navi’s words: “Those who ravage and ruin you from you emerge.” (Yeshayahu 49:17; see Metzudas David).

Tellingly, the letter doesn’t mention either Israeli casualties or Hamas. One of the signatories, Frankie Sandmel (whose biography at “Svara,” a self-described “traditionally radical yeshiva,” includes the fact that they—Sandmel’s preferred pronoun—“teach[es] students of all ages, organize[s] the Jewish community towards justice, and… bake[s] cookies whenever possible”), was asked about that striking omission.

Sandmel responded that “I don’t feel like I have ground to stand on to try to influence how Palestinians respond to oppression.”

So terrorists’ response “to oppression” is their business, and even a harsh word or two for those who delight in murdering innocents and who amass weaponry to try to effect that goal is verboten to the “future leaders of the Jewish community.”

That imagined future status, thankfully, is not exactly assured. As the recent Pew Report on American Jewry makes clear, the non-Orthodox Jewish world continues to decline. The Reform and Conservative movements are losing ground with younger generations. About four-in-ten Jews ages 18 to 29 identify as Reform (29%) or Conservative (8%), compared with seven-in-ten Jews who are 65 and older (44% Reform, 25% Conservative).

The opposite trend is the case among Orthodox Jews. 17% of young American Jews identify as Orthodox, compared with just 3% of Jews 65 and older.
So those inclined to gamble would find it a pretty sure shot that the future leaders of the Jewish community—at least those with any followers—will resemble past ones, and will wholeheartedly stand for protecting the country’s Jews when their lives are threatened.

That’s a particularly salient fact for Israel’s political leaders and all Israelis to understand and absorb well. Especially as the non-Orthodox American movements and their allies in Israel continue to try to chip away at the religious status quo that has informed Israeli law and society since the state’s founding, and to establish themselves in Israel.

But the Jewish future, Israel must recognize, lies in the Jewish past, and what alone can ultimately protect klal Yisrael is precisely what has ensured our perseverance to this day. 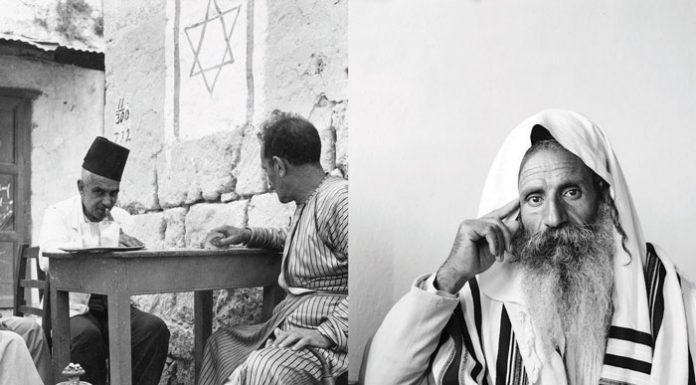 Like a Ton of Bricks on Their Heads // Nick McKinney’s...