The photos and videos are horrifying. A man beaten on the street in Times Square. Another man, in Germany, kicked and laughed at. Diners in Los Angeles being attacked. A man chased by cars on a Los Angeles street. Men in cars in London screaming threats of violent acts. Fireworks thrown at people in the Diamond District.

All of these acts and more were directed at Jews over the past couple of weeks as the conflict between Israel and Hamas went on. Some were directly associated with pro-Palestinian marches or events; others seemed like random encounters on the street. Some seemed to involve Jews being hunted for attacks. There were also numerous incidents of vandalism and property destruction.

All Jews everywhere, according to anti-Semitic bigots, are responsible for the actions of the Israeli government, and they seemed intent on delivering that message these past few weeks.

The anti-Semitism on display alarmed Jews around the world. But the question remains: Will anything be done about it?

Some of that was oblique—if clear—references, such as the chants of “Khaybar Khaybar, ya Yahud, Jaish Muhammad, sa ya’oud”—“Khaybar Khaybar, oh Jews, the army of Muhammad is returning”—a reference to Muhammad’s battle against the Jews of Arabia in which he conquered them, which is used to threaten violence against Jews. It was chanted at protests in the US, Germany, Poland, Italy and other Western countries, as well as in numerous Muslim-majority countries. 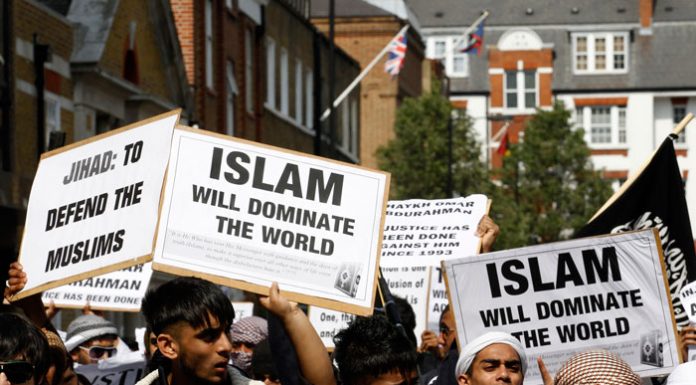