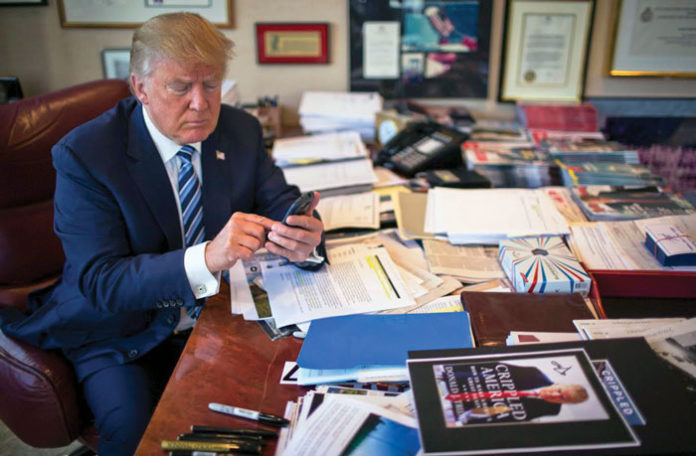 “I am asking for everyone at the US Capitol to remain peaceful. No violence!”
That is the last message on former President Donald Trump’s Facebook page, posted this past January 6, after supporters of the ex-president stormed the Capitol. The message remains, even though the ex-president is barred from posting further comments.

That inability is, in part, because of things like a Facebook message he had written mere hours earlier: “Our Country has had enough, they won’t take it anymore!” And his speech to supporters at the Ellipse shortly before the march on (and into) the Capitol, in which he spoke of “bad people” and the need to fight them “much harder.” And his admonition that, “if you don’t fight… you’re not going to have a country anymore.”

But then-President Trump, in that very same speech, also urged the crowd to “peacefully and patriotically make your voices heard.”
Nonetheless, the next day, Mr. Trump was barred from Facebook indefinitely. Two days later, Twitter, citing what it considered incendiary tweets from the then-president on its platform, barred him permanently.

After receiving much criticism by Mr. Trump and his supporters, Facebook punted to its Oversight Board—an independent panel of journalists, activists and lawyers—to make a final call on letting Mr. Trump post again.

Last week, that board punted back, upholding Facebook’s original decision to ban the former president (since he had “created an environment where a serious risk of violence was possible”), but maintaining that an indefinite suspension of Mr. Trump’s account was not an option allowed for by Facebook’s rules. Facebook, the board recommended, should either reinstate Mr. Trump’s account or ban him permanently.
And so the controversy flames are fanned anew.
Mr. Trump’s reaction was to issue an emailed statement in which he said that what the companies that were censoring him had done was “a total disgrace and an embarrassment to our Country,” that “these corrupt social media companies must pay a political price” and that “Free Speech has been taken away from the President of the United States.”
He was indeed the president when the bans were instituted, so his self-identification might be interpreted generously. But the claim about his “free speech” being curtailed is inaccurate.

The Constitution’s First Amendment prohibits government from restricting the rights of individuals to speak freely, but it does not require a private company to offer time or space to anyone who wishes to use it as a platform. If it did, I could demand that The New York Times make me a columnist. (Well, I think it’s a good idea anyway.) And a 2019 Supreme Court decision ruled that a public access entity is not a state actor.
But POTUS 45 has ample other ways to speak publicly and freely. In fact, he has created one, in the form of a new website, “From the Desk of Donald J. Trump,” that allows him to provide his thoughts in Twitter-style posts.

It isn’t quite a replacement for tweets or Facebook posts, since those platforms facilitated fundraising aimed at millions of followers (88 on Twitter, 32 on Facebook). But the former president can still make appeals to supporters who care to visit the new website. And he still maintains control of an unknown but likely huge number of supporter email addresses and phone numbers.

So the bottom line is that, even if Facebook follows Twitter’s lead and permanently bans Mr. Trump, he will hardly be prevented from speaking out as he wishes.
There is, moreover, a simple way the former president can return to social media’s good graces: By stating that he accepts the results of the 2020 election.

His vacating of the White House admitted as much; and he reportedly intends to run for president again in 2024, so there’s no practical reason for him to maintain—in light of the persistent absence of much-promised evidence—that he currently remains the president.

The likelihood of such an admission? Well, the former president’s most recent statement would seem to decisively answer that question.
“The Fraudulent Presidential Election of 2020,” he wrote, “will be, from this day forth, known as THE BIG LIE! l 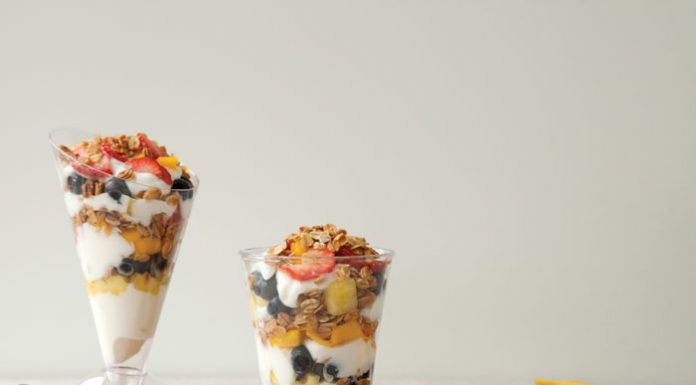 Persecution for Pesach // A Jewish Worker Heads To The Supreme Court