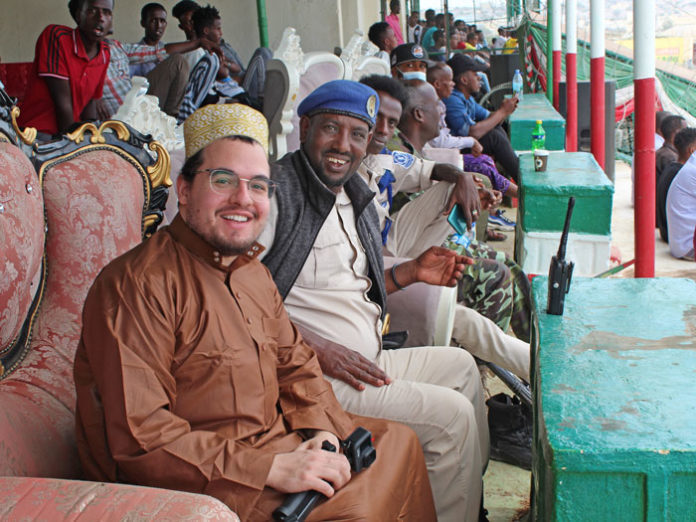 “Are you Moshe Klein? Come here.”

It was around noon and I had just deplaned in Hargeisa, Somaliland, when I heard someone calling my name.

This was perhaps the most adventurous trip I had taken to date. Sure, I had visited Saudi Arabia and Tunisia, and I’d stopped in Ethiopia before coming here; but Somaliland, an unrecognized autonomous region within Somalia, was a wildcard. Although Somaliland has been self-governed with peace and stability since 1991, war still ravages greater Somalia, with large areas under the control of militant groups and terrorists.

Since I was visiting a problematic region, it had been arranged in advance that I could avoid having the Somaliland stamp on my passport.

“Thank you, but I actually do want the stamp as a souvenir,” I told them. Their eyes seemed to pop out with incredulity, as if it were the first time that someone had said that.

In Somaliland, a form of Sharia law is in effect. All of the women wear burkas, and not many people speak English. I was whisked away to a VIP waiting room, where someone brought over a phone. There was a woman on the other end of the line who wished to speak to me.

“I’m from the Ministry of Foreign Affairs. A car will be there shortly. We are sorry that it is late.”

Soon afterwards, my contact, a government official, arrived with a driver to pick me up in a white SUV with tinted windows. I had been in touch with this person for a couple of months before my visit. He seemed educated and open-minded about Jews and Americans, and agreed to connect me with other members of the Ministry of Foreign Affairs so we could have a conversation. Perhaps some interesting prospects would come about as a result, such as opening the livestock trade with Israel. There is no way to know where connections can lead until you start to talk.
The roads of Hargeisa, the capital, aren’t paved. There aren’t any traffic lights and there is dust everywhere. The country itself seemed similar to Yemen: dry, with a monochrome beige cityscape and people traveling on donkeys alongside small pickup trucks. And soldiers. There were lots and lots of soldiers everywhere, including one traveling with us in our car for protection.

Meanwhile, my government contact told me a little bit about Somaliland from his perspective.

“Somaliland is a diamond in a very hostile region of the Horn of Africa,” he said. “It’s the only country where democracy is working. It’s also the only country that is 100% peaceful, but we still don’t have any international recognition.”

He himself had earned his bachelor’s degree in Somaliland, then gone to Addis Ababa to earn a master’s degree in government and diplomacy. He has high aspirations. “I have a dream that the people of Somaliland will have the opportunity to live on a high standard.”

“What would you advise the current president?”

“My main advice would be to invest more money in health and education, because if people are healthy and educated they can do a lot.”

Finally, after more than an hour (we didn’t travel far, but the roads were very congested, with cars following behind animals), we arrived at the place where I would be staying. I hadn’t accepted the government’s offer to put me up and made my own arrangements, renting a condominium in a luxury building where diplomats are typically hosted. The building was considered very fancy: The furniture and decor were all gilded and very royal-looking. But the amenities were still stuck in the Third World. There was no air conditioning (I don’t think there’s any air conditioning in the whole country), the running water and restrooms were outdoors, and the electricity was completely erratic. It would be off for a few hours, on for 30 minutes, and then off for a few more hours. It wasn’t very conducive to keeping a cell phone charged.

After I got settled in, my government contact circled around with the driver to pick me up and we set off. I think it was the first time the state was ever hosting an American Jew. Today, I would be treated to a tour. Our official meetings with government officials were scheduled for the next day. 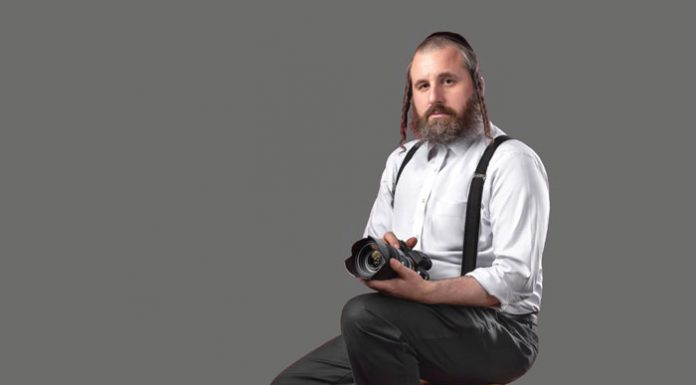