“The definition of insanity is doing the same thing over and over again and expecting different results” is a well-known aphorism (probably wrongly) attributed to Albert Einstein. That’s certainly one way to describe the results of Israel’s fourth round of elections, which ended pretty much the same way that the previous three did—inconclusively. The bloc of parties that unequivocally support Netanyahu—Likud, Shas, Yahadut HaTorah and Tziyonut Hadatit (Betzalel Smotrich)—consists of 52 Knesset seats. The bloc of anti-Bibi parties, which the media has been calling the “Bloc of Change”—Yesh Atid (Yair Lapid), Kachol Lavan (Benny Gantz), Yisrael Beiteinu (Avigdor Lieberman), Tikvah Chadashah, Avodah, the Arab Joint List and Meretz—consists of 57 MKs. For now, Tikvah Chadashah, led by Gideon Saar and Ze’ev Elkin, two politicians known for their strong right-wing views, are working hand in hand with the left-wing parties, with the basis of their cooperation being their fierce opposition to Bibi Netanyahu.

Caught in the middle are two parties that are being courted by both sides: Naftali Bennett’s Yeminah Party with its seven seats, and Mansour Abbas’ Raam (United Arab List) Party with its four seats. Unlike the Arab Joint List, Raam doesn’t reject working with Netanyahu. In fact, Raam has already worked together with the Likud on a number of bills in the Knesset. So while the party’s platform is based on Palestinian nationalism, for now they’ve been saying that they’re more concerned about improving the lives of Israeli Arabs, even if that means working with the right-wing parties.

At the moment there are a number of possibilities still on the table. The most likely and most logical—if we can call it that—is a fifth election.

The second possibility is a right-wing government consisting of Likud, the chareidi parties, Yeminah and Tziyonut Hadatit. Such a government would only have 59 members—two short of a 61-member majority, so they would need to find a solution. One option would be to find two defectors from other parties; for example, from Kachol Lavan, whose members might realize that it will probably not survive a fifth election. However, a defection isn’t likely to happen until the very last moment, right before the Knesset would otherwise be automatically dissolved, at which time the defectors could explain their move as saving Israel from further elections and political turmoil.

Another option is to swear in the 59-member government by using abstentions. Swearing in a government doesn’t really need a 61-member majority; rather, a simple majority of any kind is sufficient. But a motion of no confidence to bring down a government does require a minimum of 61 votes. Therefore, Netanyahu could present a 59-member government, and on that day, the Raam Party, for example, would coincidentally not show up for the vote—obviously in exchange for a package of favors from the government.

The problem with the latter option is that Tziyonut Hadatit Chairman Betzalel Smotrich declared categorically that he would refuse to participate in any government that would rely on an Arab party, even if that reliance would be in the form of abstentions or absences. The reason he gave is ideological: “Abbas was and is a terror supporter who goes on pilgrimages to hug terrorists who murdered Jews. He doesn’t accept the right of Jews to exist as a nation in their land in a Jewish state, and he continues to adhere to the Palestinian narrative, which completely contradicts the Jewish one. He views himself as part of the Palestinian nation, the founding of Israel is a ‘Nakba’ (catastrophe) for him, and he has no plains to give up that narrative. That’s how he and his party have conducted themselves for years, and I’m not buying this new image that he’s trying to build for himself overnight because of some temporary political interests as part of his fight with the Arab Joint List. There is sinat Haman, but definitely not ahavat Mordechai.”

It has been suggested that Smotrich and his partner Itamar Ben-Gvir abstain from the vote on the new government. But if that were to happen, it would create a 57-57 tie, which means that either one Raam member would have to vote in favor or Netanyahu would have to find at least one defector. 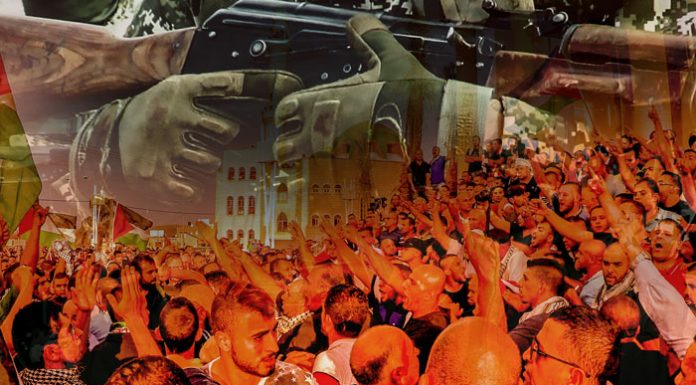 Desperately Seeking Garbage // Yitta Halbertam takes Bal Tashchis to the extreme on an undercover trash tour with the freegans.