The coronation of Queen Elizabeth II was the most glamorous world event of 1953, indeed of the entire decade. Several pairs of white steeds pulled the golden carriage transporting Queen Elizabeth and her husband Prince Philip. An honor guard was decked out in orange and black. Millions lined the streets of London. But there was one solitary figure marching in the long coronation procession who was not glamorous and not glittering. This woman was Alice, a rather obscure figure, despite the fact that she was the mother of Prince Philip. Standing out in stark contrast to the people festooned in festive finery, Princess Alice walked alone in the royal procession, draped in a simple grey nun’s habit.

To the masses, this lone figure held no appeal. But in reality, she was the most consequential person there. Unbeknownst to most of the crowd, Princess Alice was a true hero. During the WWII (which had ended only eight years before), she had established and operated a network of soup kitchens, took myriad war orphans under her wing, and most heroically of all, had hidden and saved an entire Jewish family in Athens, who sheltered with her in Nazi-occupied Athens in 1943.

Since the passing of Prince Philip last week at the age of 99, there has been renewed interest in exploring and retelling both his history and that of his enigmatic mother, Princess Alice of Greece. To learn how the three trajectories intersected (of Prince Philip, Princess Alice, and the Cohens—the Jewish family she saved), I spoke this week at length with Evy Cohen, a granddaughter of Mrs. Rachel Cohen, one of the beneficiaries of Princess Alice’s courage during the Nazi occupation of Athens in 1944.

Trajectory of Princess Alice
Alice was born with a silver spoon in her mouth in 1885 in Windsor Castle, in the presence of Queen Victoria, her great-grandmother. She was slow and indistinct in her speech, and soon her family realized that she was deaf. Her mother did not mollycoddle her and insisted the girl learn to read lips in both languages used at home, German and English. Her mother instructed the family not to repeat things if Alice did not understand. The youngster thrived on this tough-love approach and lip-read and spoke both languages. Later she was to add Greek and French to her repertoire.

When Princess Alice of Battenberg was 18, she married Prince Andrew, the youngest son of Greece’s King George. Within a space of ten years they had four girls. Despite her punctilious fulfillment of her duties to the Crown, early on, Alice demonstrated that she possessed a mind of her own. During the pre-World War I Balkan War, she took off to the battlefields as a field nurse and participated in medical operations. In 1921, the couple finally had a boy, Philip, born on the Greek island of Corfu. About a year later, the family had to flee from Greece because of political unrest, and settled in France.

Having overcome the limitations that her physical disability of deafness had originally posed, Alice now faced a new challenge—but this time the illness fell under the rubric of mental health issues. While living in France, Alice felt she was receiving divine messages, and the situation became so severe that in 1930 the family members whisked her away to a mental health facility, where she was diagnosed with paranoid schizophrenia. This was traumatic for the nine-year-old Philip, whose father, Prince Andrew, was also absent. During the two years of her hospitalization, her four daughters married German princes, and Alice was not able to attend any of their weddings. Meanwhile, Philip was sent to live in a boarding school in England.

In 1938, Princess Alice returned to Athens, her mental health restored. World War II found her organizing soup kitchens for the poor and shelters for orphans. She also served as a volunteer for medical aide organizations. In 1944, she came to the rescue of a widow, Mrs. Rachel Cohen, along with her daughter and sons, Greek Jews who had relocated from Thessaloniki (Salonika) to Athens. Rachel’s granddaughter Evy, who has studied the family history in depth, gave me a behind-the-scenes description of how this rescue operation took place. 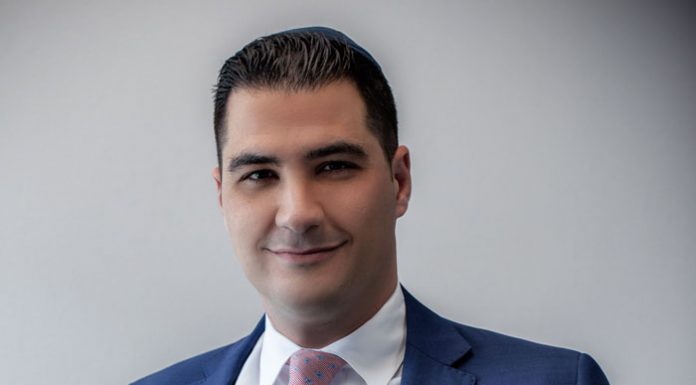 A New Semichah for Mohalim // Rabbanim respond to a growing issue