I recently attended a sheva brachos where Rav Meilech Biderman spoke. Highlighting the extreme poverty that exists in Jerusalem, he mentioned that some years ago, an orphan living at Reb Efroyim Stern’s home got lost in the streets off Kikar Shabbos. The child borrowed a stranger’s cellphone to contact Reb Efroyim. Upon dialing, he noticed that the number had been saved in the phone as Efroyim Stern–Chalukah.

“The entire Yerushalayim has Reb Efroyim’s number,” Rav Meilich said.
I met Reb Efroyim about 12 years ago during my first Shabbos in Israel, when I was about to join the Mir. Having arrived on a Friday afternoon after a long layover in Hungary, I was jetlagged. On Shabbos morning I woke up very late and ran to catch a minyan. Knowing that I would not get to my hosts on time, I asked a bachur I recognized where he was eating and whether I could possibly join him.
“Go to Reb Efroyim Stern,” the bachur replied. “He has an open house and offers hot food throughout Shabbos.”

I was unfamiliar with the concept of an open house and asked what that meant.
“It means that he hosts meals for anyone who wants to come. No invitation needed.”

I headed toward Rechov Hoshei’a, near Meah Shearim. Once I found Reb Efroyim’s house, I headed up the steep flight of stairs. The door was wide open. The dining room looked like a yeshivah dining hall, with three rows of tables and over a hundred seats. By now, many of them were either occupied or reserved. A chasidic bachur with flying peyos noticed me standing there awkwardly and asked if I had made Kiddush yet (I had). He showed me where to wash and brought me fresh challah rolls. He turned out to be one of Reb Efroyim’s ten children.
Throughout my years in the Mir and Brisk, Reb Efroyim’s home was the place where I went for most of my Shabbos day seudos. Over time I became close with Reb Efroyim and discovered that the Stern family was known for much more than warmly embracing yeshivah bachurim. To destitute families across Eretz Yisrael, Rechov Hoshei’a 3 is a beacon of hope, for the Stern family and Reb Efroyim serve as their lifeline in the face of pervasive hunger.

To understand the scope of Reb Efroyim’s incredible work and how he impacts the lives of others, I asked if he would agree to an interview for Ami Magazine. As an exemplar of chesed, I highlighted that many could learn from him. While he eschews publicity, he agreed to meet me once I conveyed that the interview would contribute to my parnasah. Instead of an interview, though, he offered me a behind-the-scenes glimpse into the daily life of a Yerushalmi gabbai tzedakah during his busiest season.

I met Reb Efroyim for our “non-interview” on Erev Taanis Esther, smack in the middle of matanos l’evyonim preparations and the run-up to the Pesach chalukah, the distribution that will reach 13,000 families across Eretz Yisrael.

Reb Efroyim’s apartment is not much larger than a regular Jerusalem flat. It has three bedrooms, but also three kitchens: meat, dairy, and Pesach. The dining room is a little longer than most, and a shed on the back porch contains dozens of folding tables and more than a hundred plastic chairs that are used for Shabbos and Yom Tov seudos. 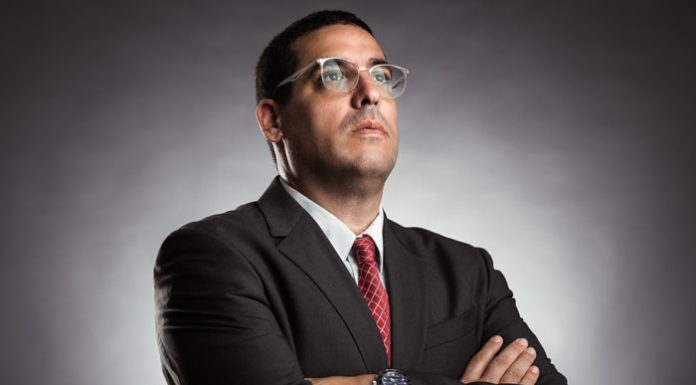 Not All Cartoons Are Funny // A conversation with Kobby Barda, the man who alerted the world to the highly offensive cartoon in...