When I was little, I was sure that Christina was Mommy’s best friend. No one’s arrival was as eagerly anticipated all week as hers. When she appeared at the door, my mother’s eyes lit up and her shoulders relaxed, and when she left, the twinkle in Mommy’s eyes reflected the gleaming floors.

I don’t remember much about Christina except for her steady smile, flowered housecoats and varicose veins. But I do remember the day she informed us of her plans to go back to Poland. Mommy was so distressed. But soon afterward, Christina’s mother Genya arrived in her stead, similarly attired but at an age that made her eligible for half-fare on city transportation—and with the strength and stamina of someone a third her age.

We had all sorts of cleaning help over the years, not all of whom are remembered fondly. There was the scraggly lady who looked like a wrinkled 13-year-old with dark, scary eyes and a black braid that reached past her waist. She moved about in sharp, angry motions and glared at us menacingly. When it was time for her to leave, we breathed a sigh of relief, although she would often stand at the front door, blocking it with her narrow frame, and insist that she had shown up an hour before she actually arrived. One time, when she finally stormed out with more money than she’d worked for, we noticed that the linens she was supposed to have changed were on the beds all right—but on top of the old, used linens.

Then there was Paula, who walked in without knocking and appointed herself the new grandma of the family. She asked intrusive questions and was so busy schmoozing that she didn’t clean too much. We couldn’t get rid of her. Week after week she would show up more affectionate than the week before, totally misreading our social cues of acute distress. That is, until one week, when I decided to take matters into my own capable preteen hands. When Paula barged in again after being told not to come the week before and the week before that, I cried out, “Oh, Paula! We have no money! No money! We cannot pay you!”

Her eyebrows shot up. “No pay?”

I raised my voice, adding a dash of hysteria. “No! No money!”

Paula looked around, saw that Mommy wasn’t home, grabbed her little bag and disappeared down the block, never to be seen again.

Eventually it was my turn to be the mommy of the house, hiring and paying my own cleaning help. One of my first cleaning ladies was Melissa, who dressed to the nines and floated in on a cloud of besamim. “Missus!” she yelled, pointing to the dirty floor. “Mucho dirty!” I looked at her dumbly like a kapparah chicken peeking out from the crate before Yom Kippur and thought to myself, Yes! Why else did you think I wanted you to come? Yes, my grandmother (Bubby B.) always scrubbed the house down before her cleaning lady arrived, but the generations have fallen, and the apples are now very far from the tree.

One woman had some kind of personality disorder and was as rigid as a broomstick. She would explode if asked to stay five minutes longer or to clean the bathroom before changing the linen. She cleaned with such fury that the floors sparkled, but she left a low-hanging cloud of negative energy everywhere. She was eventually caught stealing and subsequently fired by the agency that had sent her to us.
Of course, there are also people like my mother-in-law, who doesn’t believe in cleaning ladies. “A waste of money,” she calls it. My sister-in-law, the mother of a large family, also has no need for them. “There’s nothing for them to do in my house,” she says. “And anyway, I clean much better than they do, and I love to clean. Why should I pay someone else to do it?” “Laundry?” I ask her, pathetically holding on to a shred of dignity, hoping that she’ll at least admit to that. “Laundry,” she replies, “is my escape. I love doing laundry. It’s my therapy.” Whenever I visit her sparkling home, I remind myself of what my Tante Dina’s upstairs neighbor always said: that if she were ever given the chance to raise her family again, she would get more cleaning help.

My other grandmother (Bubby G.) once had a neighbor who loved to vacuum. Every Sunday her husband would schlep the couch out into the hallway so his wife could make Pesach 52 times a year. Different strokes for different folks. 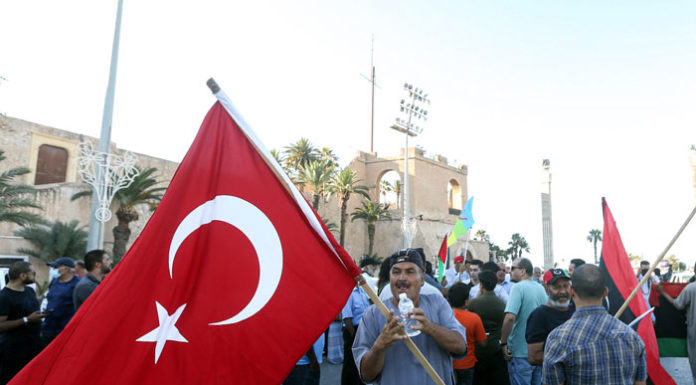 Turkey beats the french in Libya’s war // The U.N. dithers and Russia withers while Erdoğan flexes his Islamic muscle