I understand that your book The Gilded Cage: Queen Esther’s Untold Story is a historical novel.
While I based most of the information on mefarshim, midrashim and chasidus, it’s written in the form of a historical novel. I also did research into the history and archeological findings from the Achaemenid period—also known as the First Persian Empire, which is thought to be the period when Achashveirosh ruled—in order to get a better sense of what life was like.

Why are you so passionate about this subject?
I was teaching a class on Esther, and I was very surprised that the women were so ignorant about the real story. Most of them had the impression that it was a rags-to-riches fairy tale like Cinderella. They didn’t relate to Esther as a real person.

And these were frum women?
No. They were all from secular backgrounds, but I was still surprised by how little they knew and how wrong their conception of Achashveirosh was; they pictured him like a royal prince in a cartoon. Having grown up with the midrashim, I knew that Achashveirosh was almost as big a rasha as Haman. I felt the need to set the record straight.
In hindsight, I think part of what made me feel so strongly about it was that I sort of took it personally. As a frum woman who has lived her whole life in mostly nonreligious surroundings, I identified with Esther.

Where did you grow up?
In Milan, Italy. We did have a Jewish school, but all of my neighbors weren’t Jewish, and Italians aren’t as open-minded as Americans. If you dress differently, look different and do things differently, they don’t understand it. The attitude of most nonreligious people was “You’re religious because you grew up in a sheltered environment and don’t know any better.” I found it condescending and offensive.
I gave a copy of the manuscript to a professor at UC Berkeley for feedback. After she finished reading it, she said, “I want to hear more from you.”
I told her, “This isn’t a story about me—it’s a story about Esther.”
“I know,” she replied, “but you’re in there as well, and I want to hear more from you.”
That made me think about it more deeply, and it was true that there were personal elements in the book. I found that very interesting because I did learn a lot about myself as a result of learning about Esther.

For example?
I realized that I’m not frum because that’s how I grew up or because of my parents’ or my community’s expectations. I’m frum because it has to do with my personal relationship with the Eibershter, which is something that shouldn’t change because of location, expectations or circumstances. In my opinion, that’s the chiddush Esther brings to us. You can be frum wherever you are.

Where do you live now?
My husband and I have been on shlichus for the past 17 years in Davis, California, with our nine children, bli ayin hara. There are only two shomer Shabbos families living here.

So seeing Esther living in Achashveirosh’s palace and still keeping her Yiddishkeit is something you found inspiring on a personal level.
Absolutely. Especially because at that time in our history, most of the Jews were very assimilated. The fact that Ezra had to tell the kohanim to divorce their non-Jewish wives makes you wonder how things could have reached such a state. The Jews were very integrated into Persian society.
Up until the Jews went into galus, they had always lived in Eretz Yisrael. But after everything was stripped away from them—they were living in a foreign land and didn’t have the Beis Hamikdash anymore—they were at a loss about how they could still serve the Eibershter. Esther shows by her own example that the way to stay connected to Hashem is through keeping the Torah.
Esther was an orphan who was taken from Mordechai’s home and forced to live in the palace among non-Jews, but she still kept everything. Not only that, but she was so connected to her Yiddishkeit that she was willing to sacrifice her life for her brethren. I believe that’s why the overwhelming response of the Jews was to do teshuvah.

You did a lot of research. What was the most fascinating thing you found out about Esther that the average reader wouldn’t know?
I don’t think I’d ever realized that she was a contemporary of Ezra, Nechemiah and Daniel. Usually, when you read these sefarim, they’re separate worlds, but when you see that they were all contemporaries, each one adds a piece of the puzzle to what life was like and what Judaism in general was going through at the time. Even people who have learned a lot tend to think of what happened as a “story,” as if it’s removed from them. They don’t really feel the immediacy.
I delved into the subject to find out what people ate, how they worked, what their kesubos looked like. For instance, there was a Jewish garrison stationed in Egypt, which was then part of the Persian Empire, and Daryavesh gave them permission to take off for Pesach. We have all the details about how they had to put their chametz away and close everything off. Seeing that makes you realize that the Torah never changes and that we are all linked to each other regardless of time or place. 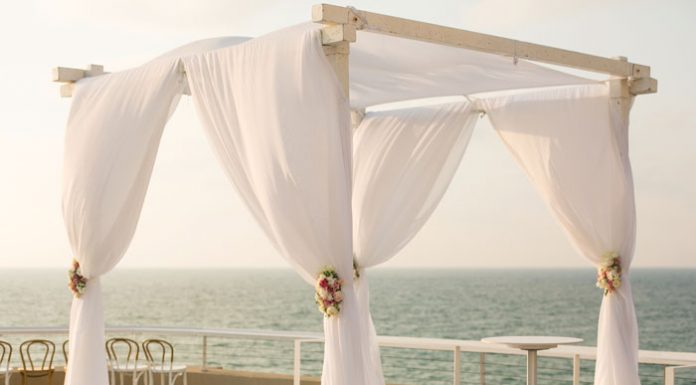