Practicing Dying
Dr. Neal Goldberg was supervising a troupe of medical clowns on “clowns on rounds” in an assisted living facility in New York when he saw a team of doctors leave a patient’s room and he heard someone sobbing.

He stuck his head into the doorway and asked the elderly woman inside for permission to enter.

She motioned for him to sit on the chair beside the bed. Dr. Goldberg sat down, and his clowns gathered around him. After a few minutes, she stopped crying. Her voice shook as she told them, “I’m going to die. I’m scared.”

One of the clowns went right up to her, looked into her eyes, and asked her, “And how, may I ask, are you going to die?”

She stared at him in shock. But then she saw the kindness in his eyes, and she said, “I’m going to fall back on my bed. My arms will drop, and I’ll stop breathing.”

The clown jumped onto the empty bed next to hers, held up his arms, and dropped them dramatically. “You mean like this?”

“No,” she said, with the beginning of a smile. Then she let her arms flop.

“Like this?” The clown raised his feet high in the air and pedaled them.

She shook her head and showed him.

“Like this?” asked the clown, his arms waving wildly.

They kept at it, a synchronized mock-dying, until the woman and all the clowns were belly-laughing.

Dr. Goldberg says, “My clowns returned to visit this woman for weeks to help her ‘practice’ dying. Each week she seemed more at ease with her diagnosis, and she would share life stories with the clowns.”

“Yes And”
From the time he was 11 years old, Dr. Neal Goldberg knew he would be a psychologist. He says, “I was fascinated by people’s emotions, thought processes, and behavior.” As far back as he can remember, he’s used humor to cope with tough stuff. As a teenager, he read about Patch Adams, the doctor who founded the Gesundheit Institute on the belief that human connection is integral to healing, and that creativity and laughter can ease the pain of illness. Dr. Goldberg says, “That was my first exposure to a doctor combining medicine with doses of play, humor, and humanity. I was determined to find a way to do that in my practice.”

In college, he had a dual major, clinical psychology and musical theater. “I was drawn to this unusual combination—helping people and creative arts—as a powerful way to reach the soul.”

After he graduated, Dr. Goldberg continued to study. He says, “I’m a professional student. I’m always learning and reading. I heard about some folks in Canada who were doing work in medical clowning, and I contacted them. I also trained in commedia dell’arte, a form of clowning that uses skits and improvisation, and in Pochinko, a mask-based style of performance. I became passionate about this. I traveled to training programs in London and Canada, and I hired private teachers to help me develop my skills.”

An important step in clown training is the emergence of one’s own clown persona. Dr. Goldberg puts on his light Auguste (a type of clown) costume and makeup and becomes Schnookums. He says, “Schnookums has the openness of a five-year-old child. He’s rambunctious and eager. He’s a snapshot of my version of my inner clown, my inner child. He allows opportunities for mistakes, which often resemble the experience of a patient struggling with eating, dressing, self-care, or memory. Schnookums can go into patients’ rooms and perform tea parties—dribbling and spilling liquid and letting crumbs fall from his mouth. This allows for conversation about the struggle and the humor in our frailties.”

When he works with patients who have dementia or are in hospice, Dr. Goldberg puts on his vintage costume and becomes Scoop—a timid, effusive 11-year-old medical clown. He says, “In real life, I’m quiet and reserved, but as a clown, I’m active and uninhibited.”

Clowning and therapy share some important behaviors. They both hold people in the present, valuing their being fully in the “now.” They both invite curiosity and exploration. Dr. Goldberg holds post-graduate degrees in child and adolescent treatment and in play therapy. “When I’m using psychoeducational modalities, I bring humor and play into my work as a way to address trauma, abuse, and abandonment by providing strategies to overcome adversity and to thrive. I see clowning as a natural extension of that work.

“One of my patients told me recently that she still uses the techniques of improvisation that I taught her years ago. For example, there’s the concept of ‘Yes And.’ Here’s how it works: Yes, you have to accept your reality—and here’s what you can do anyway. Yes, you have cancer, and you can still enjoy this moment. Yes, you are dying, and we can hold hands and connect.

“The clown in me is where I guide my patients to expand. A clown has love and patience, is ready to help the patient say, ‘Yes’ to what is, and then bring in the ‘and.’ ‘Yes And’ is where both worlds—reality and possibility—collide.” 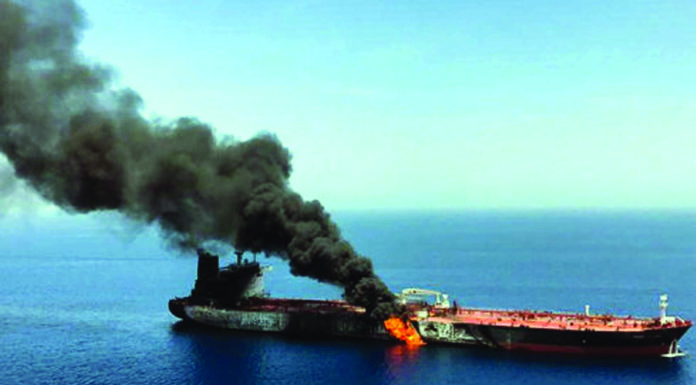