Last week a winter storm of historic proportions descended on most of the United States. Unlike Northern states, which are prepared for February bringing out the worst of winter, Southern states ended up with a crisis on their hands. A blast of frigid air from the North Pole pushed an Arctic front from the Pacific Northwest across the Central United States.

Snow would end up covering 73 percent of the lower 48 US states, the largest coverage since at least 2003.

Record snowfall and low temperatures have interrupted services like heat, electricity and water for millions of people living in Southern states that lack cold-weather infrastructure and snow removal mechanisms.

Here in Texas, a state known for its mild winters, the people had no idea how to deal with temperatures that were colder than in Alaska. Many people were caught unprepared. And although the total snowfall was only nine inches in the hardest hit areas, with no real way of removing the snow or sanding it, even that amount created havoc.

Catastrophic failures of the power grid in Texas and in other states led to deaths, as people attempted to warm their homes by burning everything from wood to propane inside their houses, causing fires and asphyxiation. In the hardest hit regions of the South and Midwest, at least 58 people are reported to have died due to storm-related causes, which included car crashes, carbon monoxide poisoning, and hypothermia—death from the cold itself.

The calm before the troubles
I had just moved to Dallas from New Jersey, and as the storm approached, I didn’t feel like it would be a big deal. But my neighbors here in Texas made it clear that it was, since they are used to temperatures of 60s and 70s at this time of the year. The state’s infrastructure is designed to deal with hot weather, not cold. In the summer, average temperatures are often over 100 degrees.

On the Shabbos before the big storm, we began feeling the bite of the winds, and the temperature dropped into the 30s. The conversations over cholent on Shabbos were about whether the full brunt of the storm would really hit or if it was all going to just blow over.

But the rapidly dropping temperature over the weekend quickly showed that Winter Storm Uri meant business. As it started snowing on Sunday, the kids in Dallas were thrilled while the parents looked on in amusement at their children’s reaction. This was the calm before the storm, when the snow was still a novelty and the temperature had not hit the lowest point.

“When we woke up in the morning and saw all the snow, we were really jumping in excitement,” said Mordy Lomner, an 11-year-old in Plano (a suburb of Dallas with around 35 frum families, but many more less-observant Jews). His father, Rabbi Michel Lomner, who is a Jewish studies teacher and, along with his wife, is the NCSY director in the Dallas area, rolled his eyes and said with a smile: “I was raised in New York. This isn’t much snow, but I’m happy that the kids got to have fun.”

Not ones for missing opportunities for some creative fun, Texans got inventive with the snow and ice. I saw people tobogganing on mattresses tied to trucks down icy streets and walking on top of their frozen swimming pools. Snowball fights abounded, although the extreme cold made the snow very fine and powdery. While it does snow around once a year in certain northern parts of the state, there isn’t much snow anywhere in the state. Dallas itself averages one inch of snow per year. It bears repeating that while the amount of snow that fell would be laughable in Northern states, it is no laughing matter in Texas due to how unprepared the state is for such weather.

Into the ice
As the barometer dropped down to single digits on Monday (with the coldest “real feel” being minus 8 degrees), the fun and games were soon forgotten. That was because many people had lost their power and heat overnight, including me. Since most buildings in the Deep South are not well insulated or winterized, this left many families shivering in their dark homes.

We started having “rolling outages” as the energy company struggled to handle the massive strain on its resources. Whenever the power went back on, sometimes for an hour and sometimes only for a few minutes, everyone scrambled to charge their phones and make something hot to eat before the power went out again for another few hours.

One factor that made any help nearly impossible was how bad the roads became. Because of the number of roads there are in the large state of Texas and how corrosive road salt is, Texas Department of Transportation and North Texas Tollway Authority crews treat roadways with a sodium chloride mix called MD-20 and a sand-and-10%-salt mix.

But MD-20 isn’t as effective when temperatures dip below eight degrees, according to a report by NBC DFW.

Therefore, even driving a small distance was taking a significant risk, with cars and emergency vehicles skidding and sliding all over the roads. 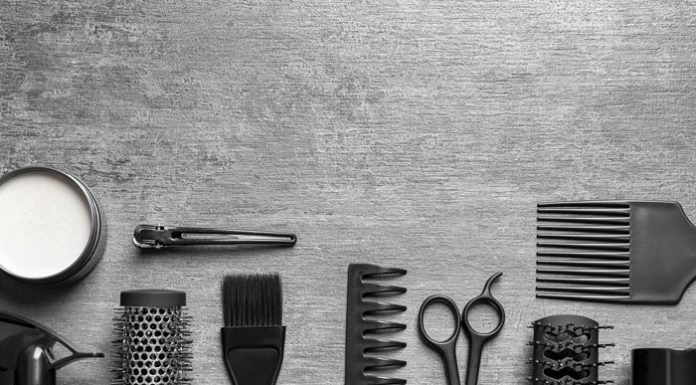 Court Martialed // The gripping story of Hector Goldman, an American...