At the end of December, Sarah Polon received a call that her cousin Kathy Greene had been exposed to COVID. Kathy lived in a group home in Florida. She had Down syndrome and suffered from autism. She was also diabetic, putting her in a high-risk category if she were to contract the virus. A few years after Kathy’s parents passed away, Sarah became her legal guardian. But living in Los Angeles, all she could do was daven that Kathy didn’t get sick.

For some reason, the group home didn’t have Kathy tested. Days went by and she was still asymptomatic. Then one day Sarah wasn’t able to reach anyone at the home. Hours later, she finally got a text from the director: “Kathy is coughing and doesn’t feel well.”

Finally, Kathy was tested. Privately, the urgent care doctor told Sarah that it looked like she had the virus. But it wasn’t a rapid test, and Sarah waited anxiously for the results from thousands of miles away. Who would advocate for a woman who was so disabled?

The doctor agreed to put Kathy on dexamethasone, a steroid, as well as an inhaler, but Sarah knew that she needed more. She called Kathy’s regular doctor, who agreed to prescribe Zithromax but wouldn’t hear of anything else, almost scoffing at Sarah for asking.

Sarah was desperate. She wanted to try every possible treatment, no matter how politicized: hydroxychloroquine, ivermectin and monoclonal antibodies. But to enforce her will, she would need a court order. She texted her guardianship lawyer, Marjorie, in Florida. It was after hours, but Marjorie understood the gravity of the situation and called Sarah back right away. They discussed their options before Marjorie introduced her to her new legal assistant. “This is Rachel,” she said. “She’s Jewish, too.”

In the course of their conversation, Rachel mentioned that she had grown up in a religious home but was no longer observant. Nonetheless, she told her, “I’m going to make Kiddush and have challah this week in her zechus so that she gets better.”
Marjorie and Rachel worked through the night to prepare the necessary documents. An emergency hearing was held on Friday morning. The judge signed the papers immediately, giving Sarah the authority to decide to administer the experimental drugs to Kathy.

The sun was setting in Los Angeles, but Sarah’s rav had told her she could stay on the phone as long as necessary because it was pikuach nefesh. She managed to procure the prescription for ivermectin just before dashing off to light candles.
Ivermectin, an oral medication, was the quickest and least complicated treatment to try. The group home objected at first, but they relented when Sarah sent them the court order. Marjorie and Rachel’s efforts had paid off.

Sarah tossed and turned all that night. On Shabbos morning, she heard a message on her phone from the director of the group home. “Sarah, it’s Dorothy. Kathy’s test came back positive. She has COVID.”

There would be no tranquil Shabbos for Sarah; there was a life to save. She desperately tried to figure out a way for Kathy to receive an infusion of monoclonal antibodies. The earlier the treatment is administered, the more effective it is, and Kathy had already been sick for a few days. Time was of the essence.

Kathy’s primary doctor refused to get involved, telling Sarah to check the criteria at the local emergency room. She begged him to reconsider. “Kathy needs treatment, and I know it’s readily available in Florida. Please help her!”

“Just take her to the ER,” was all he said, no matter how many times she asked.
Sarah called the group home, but they were in crisis mode. Many of the residents were sick, and so were some of the staff. Whoever wasn’t sick was in quarantine. “Okay,” Sarah told them, “then we need to call the paramedics.” But the paramedics insisted that it wasn’t their department.

The group home was run by a nonprofit organization, the Arc of Florida. They tried to find someone to drive her to the hospital, as well as someone else to accompany her and keep her calm. But Dorothy, the director, wouldn’t do it for all the money in the world, and the home health agencies refused. It seemed as if Sarah had hit a brick wall. 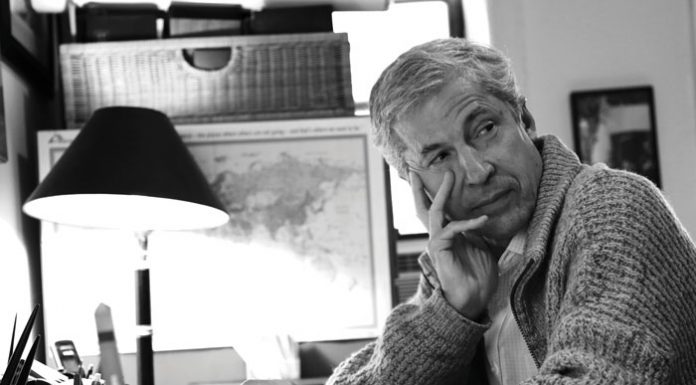 Great Gift or Garbage? // Sometimes, there’s no way to know until it’s far,...