It was our first boy after two girls, which changed everything. With a girl, you can make a kiddush at your leisure. With a boy, right away there’s a shalom zachar and a bris, both of which are wonderful, joyous celebrations that we’re blessed to make, and they also coincide with a time in a woman’s life when she feels absolutely no desire to put on a sheitel and a dress. Or shoes.

“We got a free hall!” my husband announced a day before the bris. The yeshivah around the corner was closed for the summer, and the mashgiach had graciously allowed us to use the vacant facilities for the bris. Hooray! I might not want to take off my fuzzy slippers, but I love free stuff!

The hall taken care of, we next planned the actual bris. We would get the bagels from the local bagel store, the smoked fish platters from that little store off of Bar Ilan that sells great smoked fish platters, and we would cut up vegetables and put out cream cheese and make tuna salad ourselves. Baked goods from the closest bakery, plastics from the chad pa’ami store on Shmuel Hanavi, and the bris pillow from the bris pillow gemach on the other side of the world. Well, not literally on the other side of the world, but when you don’t have a car, anything more than a couple of blocks away feels that way.

The night before the bris, my mother and mother-in-law, who had both been staying in my apartment since the official due date two weeks earlier—to help out, and also to look at me in a vaguely accusing way, as if I were two weeks late in 100-degree August weather on purpose—went to the yeshivah to work out the floor plan. Problem: they couldn’t find the floor.

“It’s, well,” my mother-in-law, who is unfailingly polite, reported back to me. “It’s not so…”

My mother-in-law and mother spent hours cleaning months-old gunk off the floors and walls and tables and chairs of the yeshivah, and my husband spent the whole day running around from store to store picking up all of our orders, and then we made the vegetable platters and tuna and cream cheese, and while I appreciated and continue to appreciate all of their hard work and effort as I attempted to keep the eldest girl from holding the new baby too tightly and the second girl from eating the baby, I knew right away that next time I would do things differently.

And I did. When my second son was born three years later, we had the bris catered. When we did the calculations, we realized that all that running around and DIYing hadn’t even saved much money! We rented a hall that had a cleaner instead of bachurim, and it was a lot more pleasant and calm.

I recently shared my regrets over the first bris with my mother, and she told me that everyone has regrets, especially when making a simchah for the first time.

“You have no regrets,” I informed her. “Because you are annoyingly perfect.”

“Um, thank you? But of course I’m not perfect, and of course I have regrets.”

My mother explained that she regretted how she made my oldest brother’s bar mitzvah. “You weren’t old enough to remember it, and you’ll never even know what it was like because there are no pictures. Abba’s rav told him that there’s more kedushah when it’s done on Shabbos, and I’m sure he’s right, but I really regret not having pictures.

“Also, I realized as I looked around at all my guests that I had taken everyone away from their families on Shabbos! I could not invite all my friends and their children, and at the time we were all younger, with small kids who could not be left at home. They all had to be farmed out! I felt a little selfish and annoyed with myself for not having thought it through completely at the time. Needless to say, the other three bar mitzvahs were not on Shabbos.” 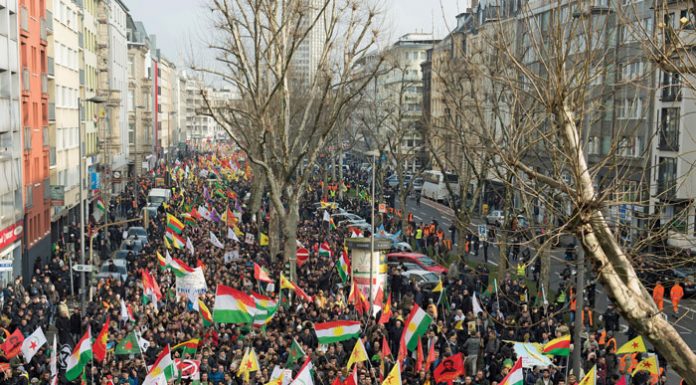 Layala’s Oil // After all available medications didn’t work, would it...