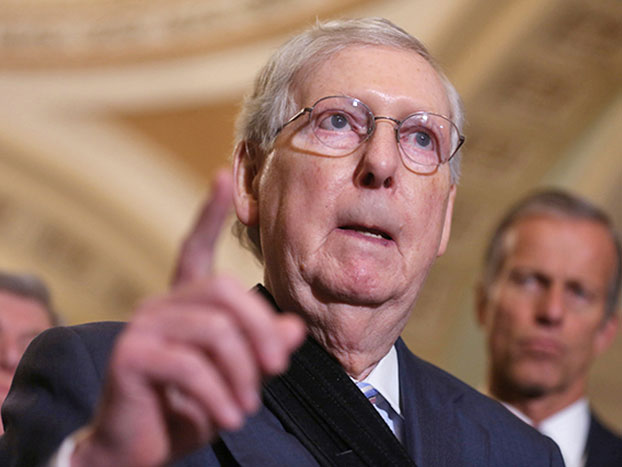 She earned that dishonor by doing things like suggesting that no planes hit the Pentagon on 9/11, claiming that horrific school shootings were staged “false flag” operations and asserting that the Clintons are mafioso-style murderers. She also posted the first “like” on a social media assertion that “Mossad was on the ground on in [sic] Dallas on 11/22/1963!” (Lee Harvey Oswald, a member of the tribe? Who knew?)

Not to mention her sharing of a video asserting that “Zionist supremacists” are conspiring to flood Europe with migrants in order to replace its white population; and her wistful musing that “a bullet to the head [of House Speaker Nancy Pelosi] would be quicker [than removing her through democratic means].”

And her suggestion that California’s deadliest wildfire was caused by “lasers or blue beams of light” shot down from outer space, likely with the involvement of operatives of the “Rothschild Inc, international investment banking firm.”

You get the idea.

Yet, despite Mr. McConnell’s characterization of Ms. Greene’s “loony lies and conspiracy theories” as a “cancer for the Republican Party and our country,” the crackbrained Congresswoman would only tiptoe back her 9/11 and school shooting charges, stonewalling about all else.

Her sole defense seems to consist of the praise she’s received from former President Trump (like his congratulatory tweet after her election win: “Marjorie is strong on everything and never gives up – a real WINNER!”). Well, yes, definitely, a real winner.

Last Thursday, the House voted 230-199 (11 Republican members voted with the Democrats) to remove Ms. Greene from her committee assignments (Education[!] and Budget). The next day, she finally uttered the word “sorry,” but only for “all those things that are wrong and offensive,” without further specification.

But her outrageous imaginings, with the “Rothschild Inc.” lasers (Lazers?) from outer space, “Mossad” and “Zionist supremacists” references (and others about George Soros, who, like “Rothschild,” is, among neo-Nazis and other moral misfits, a stand-in for Jews), are a reminder of how frequently conspiracy theories point to… you know who.

From the ancient Egyptians fearing an Israelite overtaking of their land to the less-ancient Greek orator Apion, who explained how Jews engage in human sacrifice and cannibalism, to the Christian blood libels of the Middle Ages, to the Protocols of the Elders of Zion, which “exposed” the Jewish plot to manipulate governments and dominate the world, to the Nazi canards about Jews, to those popular in some Muslim circles today, Jews have been prime objects of an odious assortment of frightful fantasies.

According to Mark Potok of the Southern Poverty Law Center, “Conspiracy theories are the way weak minds deal with complex situations.” Granted. And by their very nature, conspiracy theories need conspirators. But why the Jews?

Political scientist and historian Dan Cassino says Jews have so often been blamed for all manner of misfortune because “There is a perception of Jews as the Other—a part of society, but still somehow foreign. Couple that with resentment over Jewish success in certain areas of society, and they’ll be blamed for things that are otherwise just ineffable.”

But there are other ethnic and racial and religious groups that also stand apart within larger societies and, while some are disliked and even attacked by bigots, none are characterized as some sort of diabolical cohort bent on destroying all that is good and righteous. Blacks may be hated and Koreans envied by parts of America’s underbelly. But there has never been a “Protocols of the Elders” of Nairobi or Seoul.

No, the vilification suffered by Jews is sui generis, one of a kind, unexplainable by any normative analytical construct. It is rooted in something residing in a realm beyond the reach of social science.

Rav Menachem Ziemba, Hy”d, reportedly addressed the interesting use of “halachah” in that statement by noting that Rabbi Shimon generally perceives taama dikra, the reason or logic behind things the Torah says. Here, though, said Rav Ziemba, the tanna contends that when it comes to hatred for Jews, there is no logical explanation. It is simply a halachah, a truth, as inexplicable as it is inescapable.

There will, in other words, always be Esavs in the world, and they will always seek, even in the most deranged ways, to vilify the progeny of Yaakov. 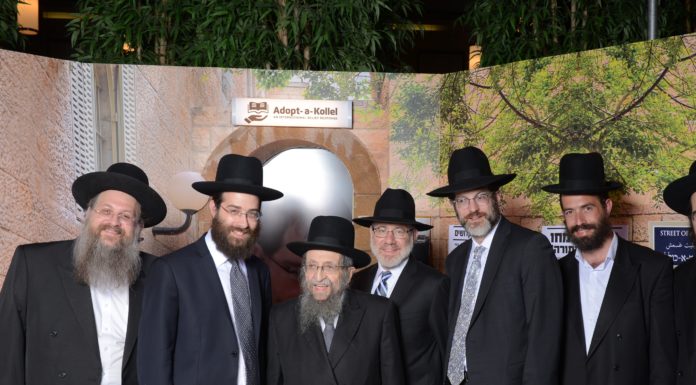 Would the End of the Filibuster Lead to Chaos? // The...