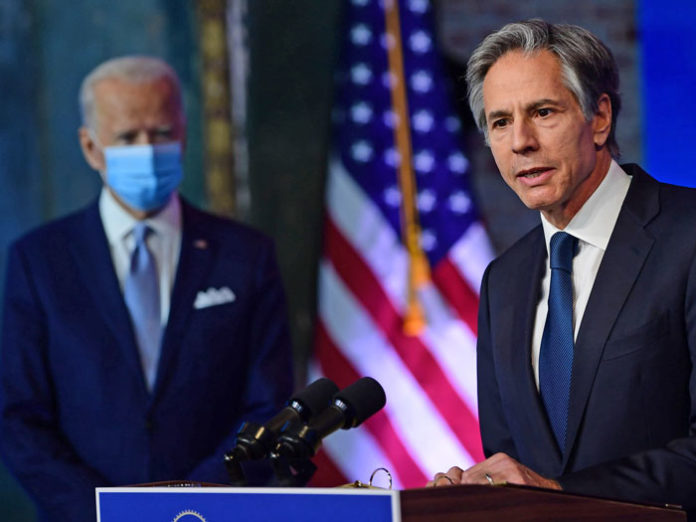 I’m irked by the assumption that members of a particular religious, ethnic or racial group will automatically favor political candidates from their group. I wouldn’t support a candidate just because he’s Jewish; candidates whose positions dovetail with mine get my support, be they Buddhist, black or Uzbekistani.

But, as it happens, those people do. They are all expert in their areas, and there isn’t a “progressive” in the bunch.

I was particularly impressed with Mr. Blinken during his Senate confirmation hearings. After introducing himself by recounting his late stepfather’s escape from a concentration camp and rescue by an American G.I. (a testament, he has said, to how America should lead “not only by the example of our power, but by the power of our example”), he answered every question posed to him in a clear and principled way.

He called the US commitment to Israel’s security “sacrosanct” and testified that he and the president are “resolutely opposed” to the Boycott, Divestment and Sanctions movement against Israel because it “unfairly and inappropriately singles out Israel and creates a double standard that we do not apply to other countries.”

Blinken also committed to maintaining the US Embassy in Jerusalem, which he said is Israel’s capital.

Mr. Garland is another laudable pick. He was President Obama’s nominee in 2016 to fill Justice Antonin Scalia’s Supreme Court seat, but he was denied a hearing for the post despite his impressive qualifications and support from conservatives.

Another Biden nominee also stands out, but not in a good way.

Her name is Kristen Clarke, and she was chosen by the new president to run the Justice Department’s Civil Rights Division, which is responsible for enforcing federal anti-discrimination statutes.

Ms. Clarke is an attorney who has won many awards, and in 2011 she managed the Civil Rights bureau of the New York Department of Law under Eric Schneiderman.

But back in 1994, as a Harvard undergraduate, she co-wrote a wacky, racist letter to the university’s student newspaper, The Harvard Crimson.

It was in response to the publication that year of the controversial book The Bell Curve: Intelligence and Class Structure in American Life, whose authors used IQ data to argue that human intelligence is influenced not only by environmental factors but by inherited ones as well.

In her letter, Ms. Clarke asked readers to “Please use the following theories and observations to assist you in your search for truth regarding the genetic differences between Blacks [sic] and whites.” She then cited two fringe figures to assert that black people, by virtue of an abundance of the skin pigment melanin, have “greater mental, physical and spiritual abilities” than white ones—an assertion famously made at the time by the rabidly anti-Semitic City College of New York Professor Leonard Jeffries.

When challenged recently about her college-days choices, Ms. Clarke admitted that it had been “a mistake” to have hosted the racist professor—saying that she “100%… unequivocally denounce[s] anti-Semitism.”

As to her unhinged letter to the student newspaper, she asserted that what she wrote had been “twisted.”

To wit, she explained that she had meant only to mock the assertions in The Bell Curve with her own “absurd claim that black people are superior based on the melanin in their skin.”

The letter, however, carried not the slightest indication that it was satire. Were Ms. Clarke to simply state that it was the moronic product of a sophomoric student, and that life over the ensuing years has yielded her greater wisdom, she would deserve commendation for her honesty, and the position for which she has been nominated.

If she persists in excusing the inexcusable, though, she deserves neither. 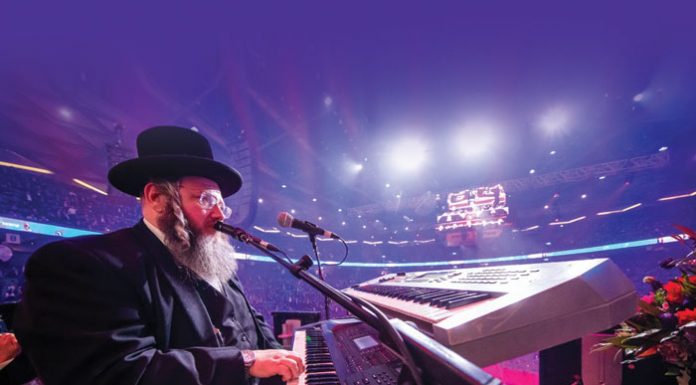 Is America Taking Sides in China vs. Taiwan?