John A. Catsimatidis (born September 7, 1948), the billionaire owner of Red Apple Group, a real estate and aviation company, and New York-based radio station 770 WABC, has formed an exploratory committee for a 2021 New York City mayoral bid. Known to many because of the talk show he hosts on his radio station on Sunday mornings, the down-to-earth, amiable Catsimatidis was the runner-up in the New York City Republican mayoral primary in 2013.

Catsimatidis is also the owner of Gristedes Foods, a grocery chain in Manhattan, as well as CEO of United Refining Company, a subsidiary of Red Apple Group.
I spoke with him last Friday.

Thank you for taking time on your day off to speak to us.
I’m a guy who’s been working all my life.

You really do have a lot on your plate. How do you have time for everything?
I make time. You know what they say: If you need something done, give it to a busy person.

You have a real estate empire, a supermarket chain, an oil refinery and a radio station—and you’re involved in politics. How do you divide up your day between all these things?
I’m also on Bank Hapoalim’s board in the United States. And I’m the only Christian there, even though I’m 6% Jewish according to a DNA test. In fact, I’ve been lighting the Chanukah menorah on 59th Street with Rabbi Butman for 26 years.

So you’re a banker as well.
I am. I sleep about six hours a day, which leaves another 18 hours during which I’m working either on the computer or otherwise. When I was growing up, I worked 18 hours a day lugging crates on my back. My father was disappointed when I dropped out of college when I was only six credits short of getting my degree. He felt terrible. “I sent you to university,” he said, “and you became a khamali [porter].” Now I work 18 hours a day, but I enjoy my work.

Why didn’t you finish college?
I wanted to open my stores at around the same time, so I chose to be a college dropout. John Sexton, the previous chancellor of NYU, once asked me why I didn’t come back to finish. I said, “How about I come back and teach a course?”

Exactly. What would you like to teach college kids?
I’m vice president of the Police Athletic League. I try to teach inner-city kids to keep their noses clean, work hard and have an opportunity to escape.

You weren’t born in the United States, so as an immigrant, the only thing you can never be is president.
That’s true. My father was six months late in bringing me here. I was six months old when we arrived here from Greece.

How do you think your Greek background and culture contributed to bringing you to where you are today?
My father worked seven days a week and worked two different jobs. I followed his example as a hard worker.

Do you have children?
I have a daughter who is very involved in politics. She’s the vice chairman of the GOP Party in New York State. And my son works seven days a week for my company.

Where did your family settle when they first came here?
In Manhattan, on 135th Street in Spanish Harlem, between Broadway and Amsterdam Avenue right near City College. I lived there until the age of 20. 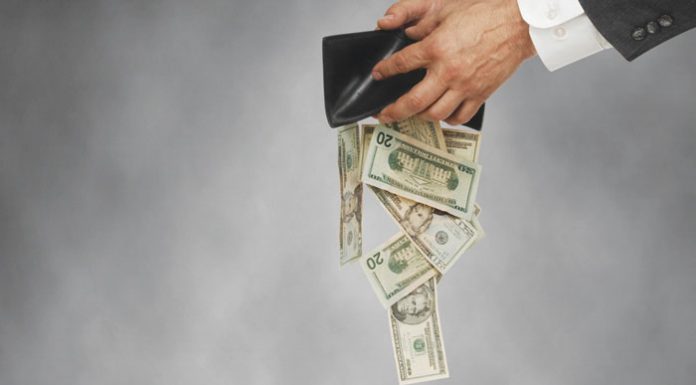