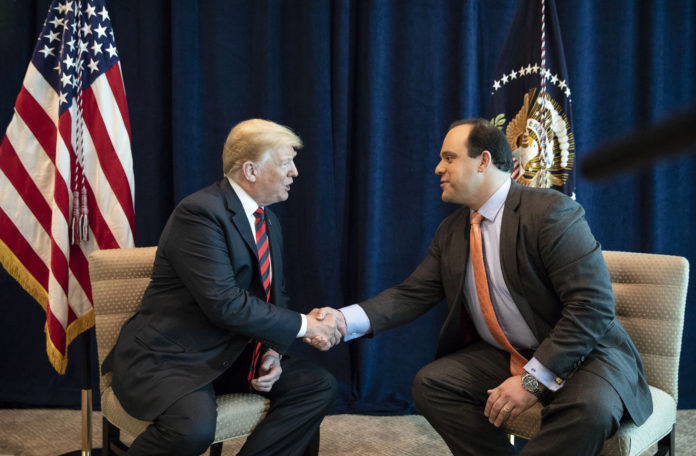 Boris Epshteyn (born in Russia on August 14, 1982) is an American Republican political strategist, investment banker and attorney who is currently the Strategic Advisor for Coalitions on the Trump 2020 Campaign. He was a senior advisor to Donald Trump’s 2016 campaign for President of the United States. Following Trump’s election, he was named director of communications for the Presidential Inaugural Committee, and then assistant communications director for surrogate operations in the administration. He resigned from that position in March 2017, and until December 2019 he served as a political commentator at Sinclair Broadcast Group.
I spoke to Boris Epshteyn this past Monday.

You visited us yesterday in Brooklyn, where you participated and spoke at the Jews-for-Trump rally.

I did. It was an honor for me to be invited to speak to such a vibrant, large group of Jewish supporters of President Trump. It was wonderful. It was very special to be there. You know, I came to the United States as a Jewish refugee when I was 11. On our last day in the former Soviet Union, my father and I went to the store to spend some of the last rubles that we had. This was a food store, and in ’93 in Moscow there wasn’t a lot of food in the store, so we decided to buy whatever we could to spend our last few coins before we left for the promise of America. I remember standing there on line and people started calling us the worst anti-Semitic epithet you can think of. My father said, “Forget them. We’ll be in America tomorrow.” That burned in my heart, and every single day I use every breath I have to make sure that never happens again to me, my family, my little boy or his children in America. And when I see Jewish store owners getting $10,000 fines just for being open while following the rules in Brooklyn, under the leadership of the awful Bill de Blasio, that breaks my heart, and it motivates me to help reelect Trump and fight harder and harder against the radical anti-Semitism of the far left.

But there is radical anti-Semitism on the right as well.

I often say that there are disgusting anti-Semites on the far left and the far right, but the difference is that the far left elects theirs to Congress. Ilhan Omar and Rashida Tlaib are friends with Linda Sarsour. Alexandria Ocasio-Cortez makes anti-Semitic, anti-Israel and anti-Zionist statements. Jim Clyburn, who has been in Congress forever, says anti-Semitic things and demeans the Holocaust. That’s what we’re living with. And Joe Biden himself has demeaned the Holocaust by ludicrously comparing President Trump to the terrible, awful Josef Goebbels. 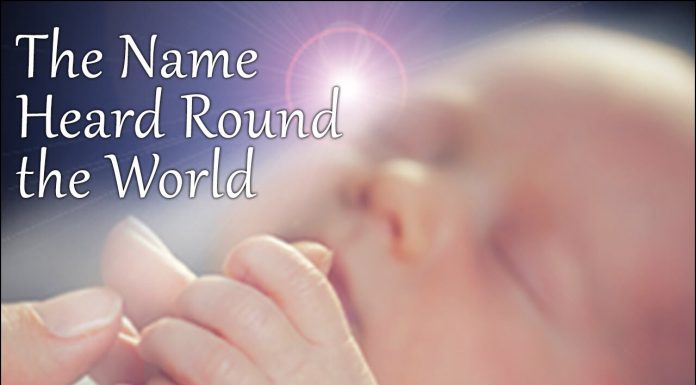 The Name Heard Around The World / Rabbi Yoel Gold