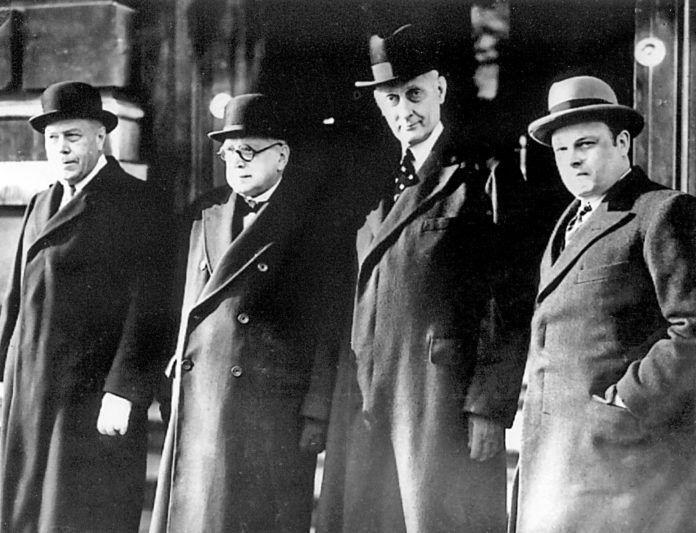 As a child, I grew up among the ruins created by one of the most appalling fascist dictatorships of all time. My hometown of Swansea in South Wales had been hammered by German bombers in 1941. A total of 230 people had been killed. After the bombing raids, large sections of Swansea lay in ruins. For a child, this was a thought-provoking environment in which to grow up.

The evidence of evil was all around, and it was both a disquieting and at the same time a comforting sight that evoked a range of emotions. The rubble reminded me that war was terrible, destructive and an appalling waste of lives and resources. Yet it also reminded me that this ruinous element could be defeated, no matter how impossible and herculean that task might appear to be.

I thought a lot about the war and what it had done to people everywhere, but principal among my thoughts was the realization that evil can be overcome and its architects destroyed. Not only did history teach me that, but the evidence was still all around me in the blasted ruins, the weed-grown rubble, the overgrown slit trenches on top of the hill near my home, the weeds that grew through the cracks in the hastily laid runway of the old RAF fighter base where Spitfires took off to challenge the might of the German Luftwaffe. Even my favorite beach was a reminder of the war, especially when corroding mustard gas mines were discovered where we sometimes played cricket on lazy summer afternoons.

And then I learned about the Holocaust with all its terrors, and that knowledge in a young boy’s mind made the whole war horrifically worse. It hadn’t been just two sides fighting each other to find a winner, the type of war one would read about in Boys’ Own-style magazines. It had been one side fighting against a cancerous evil that was too murderous to contemplate.

As a child I was an incessant reader; I read every book I could lay my hands on and could often be found beneath the blankets at night, reading with a rapidly dimming flashlight. I have always had an extremely vivid imagination, and suddenly I could almost see the suffering those people had gone through in the concentration camps, and it affected me greatly. The discovery of the history of the Holocaust left an indelible stain on me; I could never understand why so many people, including millions of children just like me, had been murdered so callously.

When as an adult I discovered what had happened during the Évian Conference of 1938 and what the conference had meant for the ultimate fate of the Jewish refugees from Nazi-controlled regions of Europe, I felt that it was really important for me to write a history of this tragedy so that the world would know what had occurred. Before I even began to write the book, I also needed to know how many people knew about the Évian Conference and its influence on the Jewish people of Europe.

For years I asked many people I knew or came into contact with, and without exception they had never heard of it. I mean that literally. Not one person I asked had ever heard of the Évian Conference. I then wrote a feature article about the conference that was published in a number of national newspapers, and after those articles were published, I received many calls from people telling me this was a story that needed to be told in detail to the world. Little did I know that it would take me 30 years to complete the task.

As the years passed, it seemed at times almost as though people no longer cared. The Holocaust was long over. Hundreds of books had been written about it; how could one more embed our understanding of the horror any more deeply in our collective conscience?

To answer this, it’s necessary to go back in time to Évian-les-Bains, France, in July 1938, during which diplomatic representatives of 32 countries came together in an effort to find ways to ameliorate the plight of European Jews then suffering beneath the murderous heel of Nazi oppression. As the world now struggles to come to terms with massive global turmoil, a pandemic that has unleashed untold suffering, death and social unrest, plus ongoing military conflicts that have created tidal surges of refugees and a consequent rise in violent ultra-right-wing nationalism, we have to understand that the mistakes we made in the past could very easily be repeated today. In fact, those mistakes are being repeated right now.

In retrospect, it is a simple matter to lay the blame for the Holocaust on Hitler, but the question remains—could the Holocaust have been prevented, or at least mitigated? Could six million lives have been saved if the delegates at that vital meeting in Évian had shown more human compassion, some dignity and mercy? However, few did. The US, the country that had organized the conference, and the 31 other participating countries almost unanimously agreed that in light of their own immigration laws, which they would not alter to meet the needs of the desperate refugees, the Jewish problem was just too difficult to solve and the Jewish people would have to deal with Hitler’s genocidal intentions quite alone.

At Évian, 39 refugee organizations, including 20 Jewish groups, were to give factual, firsthand evidence of the treatment being meted out to the Jews under German control. Theirs was a simple cry in the darkness. “Help us to get out,” they told the delegations, “or we shall not survive.”

On the first day of the conference, US Ambassador Myron C. Taylor rose for his inaugural address. The auditorium was hushed; there was an expectant silence as the delegates, the press and the world waited to learn what the US would offer. Speculation was rife that the US would set a high quota of Jewish immigrants from Germany. Many, in fact, believed that the US would announce it was prepared to take up to 600,000 refugees. Taylor’s speech began with details of the need for rapid action on behalf of the Jewish refugees but later continued that America’s immigration quota system would not be changed to any great degree in order to accommodate the Jewish problem. He acknowledged that a full quota of German and Austrian immigrants—amounting to slightly more than 27,000 people—would be accepted for the following year. However, he failed to point out that a large percentage of these immigrants would be Christians.

The Jewish representatives at Évian were stunned into silence by the US ambassador’s words. The country that had promised so much was now offering virtually nothing beyond those measures already in place. Taylor’s proposals were to set the example for the tragic series of events that followed.

As the conference ground to its predictable close, it became patently obvious to the representative countries—and particularly obvious to Adolf Hitler—that the world had little time for the Jews. Hitler viewed the resolution of the Évian Conference with considerable contempt. He had been hoping that the “Nations of Asylum” would take the Jewish problem off his agenda. Now, however, he believed that he was left with little opposition. Jews were not welcome anywhere in the world. There could be only one solution—extermination.

Golda Meir, the future prime minister of Israel, was later to state: “After the conference at Évian-les-Bains, it became chillingly clear that the Jewish people were entirely on their own.”
What happened at Évian also reflects powerfully on world events today, with autocratic and racist governments fomenting the malignant use of disinformation, outright deceit, deliberately contrived chaos and pernicious propaganda to mold a political environment that suits their ideological agendas.

Political manipulation and propaganda were at the heart of the Nazis’ attempt during the 1930s to turn the German people against the Jews. It is almost impossible to stop these kinds of insidious campaigns. They take hold within the public’s ephemeral imagination. The Nazis used this type of manipulation to influence not only an entire nation but an entire continent against the Jews of Europe. I would go so far as to say that the diatribe emanating from Berlin during the 1930s did much to influence the whole world against the Jewish people, and we saw the result of that at Évian. In fact, we are still seeing the result of that today.

Surely, we can all learn something from it. ●

● Tony Matthews is a Welsh/Australian author and historian. He has written more than 30 books including Tragedy at Evian—How the World Allowed Hitler to Proceed with the Holocaust (Big Sky Publishing, Australia; Pen and Sword Books, UK and USA).
https://drtonymatthews.weebly.com 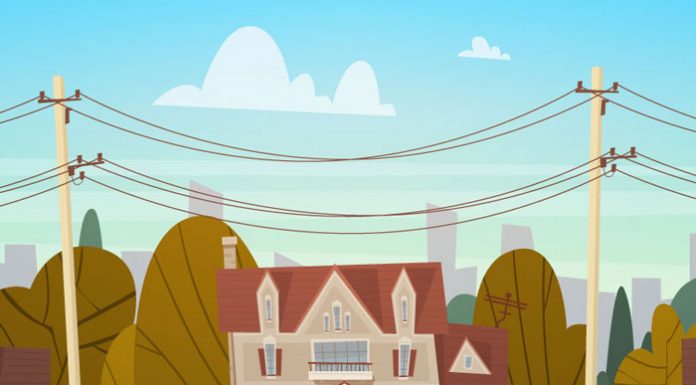 The No-Good Goodmans: They were flashy and ostentatious. Who needed them to move onto the block?