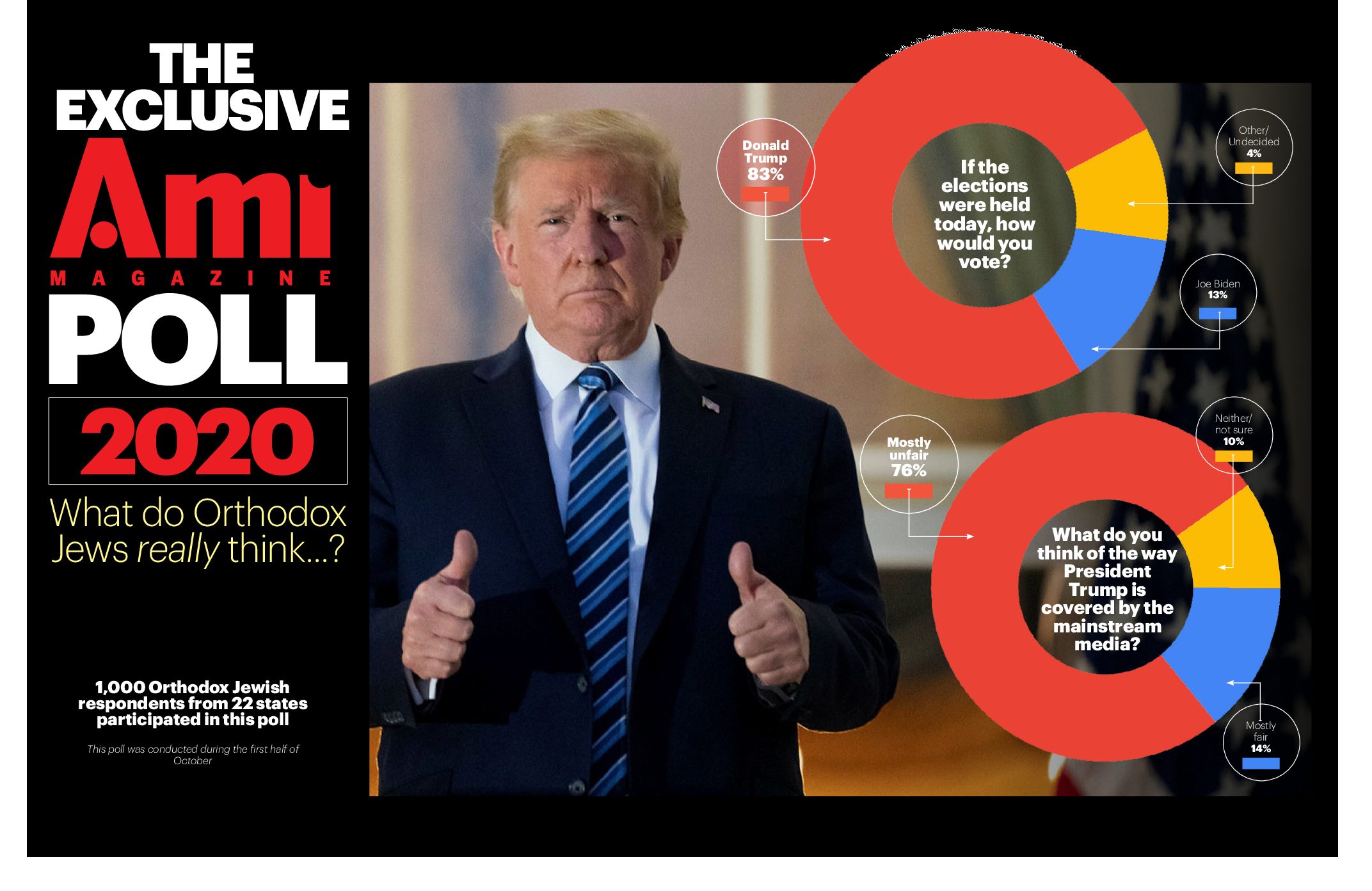 Ami Magazine’s polls are conducted through a fusion of advanced technology, a comprehensive database and a well-established understanding of America’s variously diverse Orthodox Jewish communities. The survey’s scientific results offer a rare portal into a populace that’s frequently scrutinized yet rarely polled.

Sampling is based on an unmatched database comprising nearly 200,000 potential participants and is compiled through apolitical sources and non-partisan registries, in proportion to the overall Orthodox Jewish population in each of the 50 states.

All our interviews are conducted by live interviewers via a computer-assisted telephone program, which generates randomly-selected numbers from within the database. Roughly half the respondents are reached by landline phones and half by cell phones. When met with busy signals and answering machines, multiple retry attempts are made. These interviews are performed by trained operators who have considerable experience with – and sensitivity towards – the various Orthodox Jewish communities, ensuring a near-perfect rate of respondent cooperation.

Our model is based on the most currently available internal data, which breaks down America’s Orthodox Jewish constituency as 66% “Ultra” Orthodox or Haredi, 23% Modern Orthodox, 6% Traditional, with 5% identifying either as Orthodox without a specific denomination or preferring not to say.

Since our sampling is randomized and not quota driven, slight weighting is occasionally employed, on parameters like gender, age and religious identification, in proportion to the corresponding data.

All poll questions and their accompanying options employ the precise wording and appear in the same order as they were presented to respondents. On election-related questions respondents are pre-screened, and only registered voters are polled.

The poll concludes once 1,000 surveys have been completed.

A sample of 1,000 random respondents from among an estimated population of one million Orthodox Jews incorporates a margin of error of just 3.1%, at a confidence level of 95%.

The poll’s call center and technical dynamics are managed by an independent, non-partisan firm that conducts opinion surveys on behalf of media outlets, research institutions and non-profit organizations. Their experience, combined with their familiarity with America’s Orthodox Jewish communities, makes them an invaluable asset on such projects.

Journalists may send any questions about the poll to [email protected]