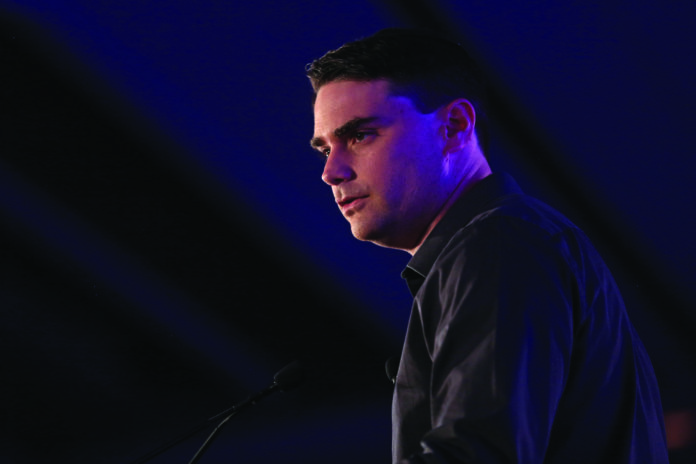 Is America coming apart at the seams? That’s the assertion of the influential Orthodox Jewish conservative author, pundit and media personality Ben Shapiro in his latest book, published this year, entitled How to Destroy America in Three Easy Steps.

Shapiro’s formal education was in political science and law, at UCLA and Harvard Law School, but he has documented turmoil in American life as a journalist and writer for years, with his first nationally-syndicated opinion column at age 17 and a pair of books by age 21. He now serves as the editor emeritus of The Daily Wire, which he co-founded, and the host of massively popular radio program and podcast The Ben Shapiro Show.

He’s experienced plenty of that American turmoil personally, as well. In the aftermath of his 2016 split with Breitbart News, where he had served for four years as an editor-at-large, he began receiving an intense amount of anti-Semitic harassment. A 2016 analysis by the ADL found that Shapiro was the journalist who received the highest number of anti-Semitic tweets on Twitter.
I spoke to Ben Shapiro late last week.

There is presently a lot of volatility around the world, and the United States in particular is going through very dramatic times. Your perspective would certainly help us understand things.
I appreciate that. Thank you.

You recently published a book entitled How to Destroy America in Three Easy Steps. Was it written before the COVID crisis?

Yes. It was written in November, December and January. The only thing I updated was a single line in the introduction saying that up until the pandemic hit, the economy was really solid.

You wrote a book about changing times, and they certainly changed a lot even in the few months since it was written. Do you believe that your book is still valid, or are there certain things you would have written differently?

It’s even more valid now. I wrote it with the understanding of certain underlying factors that were tearing away at the heart of the country. When the pandemic hit I figured that there might be some unity during a time of great tragedy, but it turned out to be absolutely not the case. All of the underlying factors I wrote about burst out into the open all at once.

Belarus Uses Migrants as Weapons Against Europe // Is Putin...