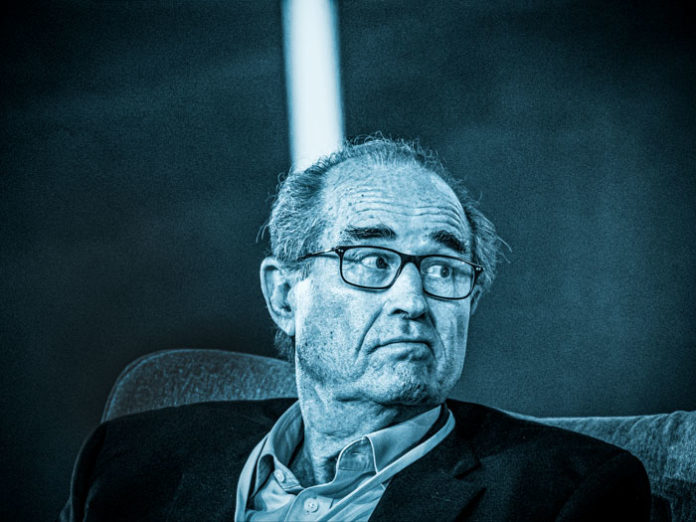 Shabtai Shavit, born on July 17, 1939, joined the Mossad in 1964 after serving for several years in Israel’s navy and other branches of the military. In 1989, he was appointed by Prime Minister Yitzchak Shamir as the Mossad’s director general. Following the murder of Yitzchak Rabin in 1996, he stepped down from that coveted position and has worked in the private sector ever since. Nonetheless, he continues to work in an advisory capacity for the Israeli National Security Council, the Knesset Committee on Foreign Affairs, the National Security Sub-Committee on Intelligence, and as a member of the New York City Fire Department Task Force for Future Preparedness Against Terrorism. In 2018, he authored a book entitled Head of the Mossad in Hebrew, which was recently published in an English translation by the University of Notre Dame Press.


Given the state of the world these days, my first question to you is, “How are you feeling?”
I feel fine, because I work from home and hardly go out. I belong to the demographic that is most at risk, and as a former intelligence officer, I know that the first thing you have to do is identify the risk. We obviously don’t know everything about [the virus], so the only course of action that has been proven definitively is that it’s best to stay home.

But maybe by self-isolating we’re just pushing off the inevitable, and sooner or later we’re all going to have to be exposed and face the consequences.
In my opinion, the most difficult equation to achieve is the balance between health and the economy.

When you asked me in an email to tell you something about myself, I was a little surprised. I figured that a former head of the Mossad would already know everything about me.
I don’t know everything, although I can only speak for myself. I can’t speak for any other Mossad members.

This reminds me of one of the stories in your book, about when the director of the CIA didn’t know who you were even though you were serving as deputy director of the Mossad at the time.
For most of my time in the Mossad, its leadership never met their CIA counterparts.

Yours is a book that has to be studied closely; it’s not a casual read. It seems to be written for students of history and foreign affairs. Would that be an accurate assessment?
Absolutely. I waited 20 years before deciding to write it, because I’ve always believed that compartmentalization and secrecy aren’t just important tools but perhaps even weapons. That is why I chose to not write about any of the Mossad’s operations. I’m sure I would have sold many more copies if I’d written a “cloak-and-dagger” kind of book, but I purposely decided not to go there and to focus instead on topics like history, international relations, international cooperation and intelligence. That’s why I agree completely with what you said. It’s more the type of book that’s meant to be studied than read casually.