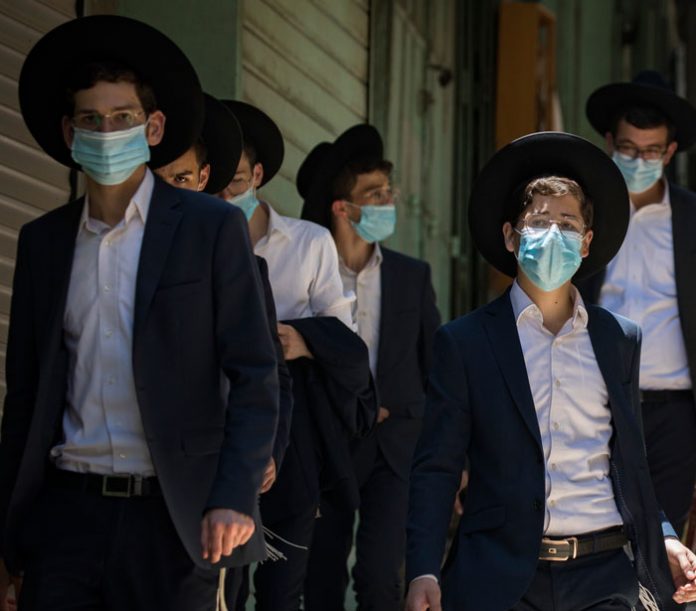 Until this past week, it seemed that the second wave of coronavirus in Israel was completely bypassing the chareidi community. Then reports started coming in of an increase of positive tests in yeshivos. In Beis Matisyahu in Bnei Brak, the numbers jumped to over 200 infected within one week. A joke began circulating in Bnei Brak that anyone who didn’t catch the virus was going to be kicked out of yeshivah, because it meant that they weren’t actually learning…
Bnei Brak Mayor Rabbi Avraham Rubinstein sent inspectors to lock down the yeshivah and ensure that none of the talmidim left the building. The municipality turned to the Defense Ministry, which is responsible for the evacuation of those who are infected, and asked that they send the talmidim to the special quarantine hotels. Dozens of talmidim were indeed sent there, but then for some reason the operation was halted and dozens more were forced to remain in the yeshivah, despite the entreaties of the Bnei Brak municipality. Soldiers of the Israeli Homefront Command who were called to evacuate a sick talmid who went home returned him to the yeshivah dormitory. Apparently, the Defense Ministry decided to save money by turning the yeshivah into a coronavirus hotel, despite the fact that there are still hundreds of healthy talmidim there.
Despite the abundance of caution practiced by the vast majority of chareidim, the reports of rising numbers of infected talmidim revived the old incitement of the Israeli media, which started pushing to have the yeshivos closed. The demand reached the government, where the Health Ministry and National Security Council pressured the prime minister to make the decision. Chareidi politicians responded with a sharp veto. Degel HaTorah Chairman Rabbi Moshe Gafni publicly threatened that “if the decision will be made to close all yeshivos, I will go to the rabbanim and suggest that we should no longer be partners in such a government.”
Shas Chairman Rabbi Aryeh Deri also objected forcefully, saying, “I will object to this as strongly as possible, and I will insist that all of the yeshivos that have kept to the directives and received approval continue to remain open.”
The main claim by the chareidi representatives is based on the statistics: Tests conducted in yeshivos that have kept to the guidelines and haven’t allowed their talmidim to leave have shown an infection rate of only .01%. Even the yeshivos that have had outbreaks haven’t been of much concern, because the ill are all young bachurim, who have the least risk of being harmed by the virus. Their claim is also borne out by the behavior of chareidim and chareidi schools since this second wave started. Yet, despite everything that the chareidim have done in response to this latest crisis, the government appeared to come alarmingly close to shutting down yeshivos.
When the first wave of coronavirus swamped the country, the areas hardest hit were chareidi cities and neighborhoods, but the second wave, beginning this summer, has hit the general public. Chareidim have been following doctors’ orders—which received a halachic stamp of approval from the rabbanim—and keeping strictly to all the restrictions. Even the media, no friend of chareidim, were uncharacteristically complimentary regarding how chareidim are wearing masks and following social distancing regulations. Writers and photographers sent to Bnei Brak reported that the “strange” residents were following orders rather than belittling authority and acting with typical Israeli chutzpah. 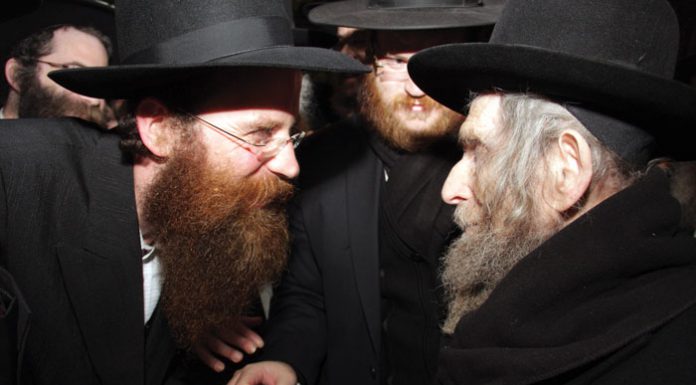