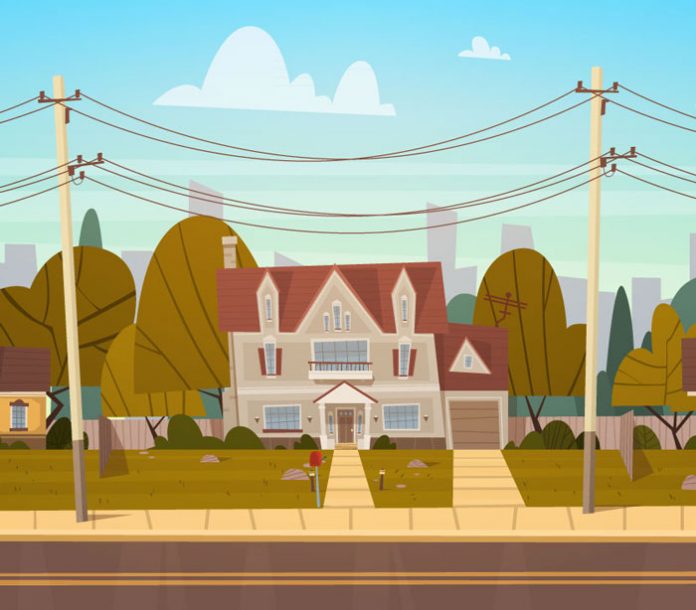 As soon as Bella woke up, she knew it was going to be a bad day. She knew this because the rain was coming down in sheets, making an awful racket as it hit the air conditioner that jutted out of her window at a funny angle. (Her husband had installed it on a blistering hot day, and by the time he was done he was sweating profusely and didn’t care if it was upside down as long as it worked. She did care. The way the air conditioner slanted made the whole room look like it was tilted. Her husband had promised to fix it someday. She was still waiting.)
The rain had a way of seeping through and getting the drywall damp, making the room smell like mildew. No matter how much she cleaned, the house smelled funny and looked like it had leprosy. It didn’t help that the rain also turned her sorry excuse of a lawn into a giant mud puddle through which her children trekked in and out all day long, covering the floor with their muddy footsteps. (She knew she should really enforce the no-shoe rule, but the same way she should be doing a lot of other stuff in her life, she knew it was never going to happen.)
Bella’s modus operandi for most mornings, even when the sun was out, was to rise and not shine. Mornings didn’t bring out the best in her, but when it rained, they brought out the very worst. She yelled her way through the morning, and by the time her children were safely on the bus she was practically hoarse. Her husband was never around to see her in action. He had learned early in their marriage that the key to survival was to make himself scarce until at least noon, when Bella had a minimum of three cups of coffee in her system.
Ironically, during these morning hours he was busy repairing other people’s marriages. He was an acclaimed marriage counselor, which for Bella only served to confirm the old adage: “The shoemaker’s children go barefoot.” It wasn’t that their marriage was on the rocks; it just didn’t have that spark that her husband was magically kindling in other people’s marriages, or at least that’s what he claimed he did.
Bella’s first coffee of the day was always spent with her phone. The second cup was enjoyed with the window blinds partially open so she could keep track of the comings and goings of her neighbors. Living at the end of a cul-de-sac gave Bella a clear view of the neighborhood and let her know whose husband had woken up late and which of the women really went to the gym.
When Bella opened the shades that morning, she nearly dropped her cup of coffee. There was a large white moving truck partially blocking her view, and it was parked in front of the No-Good Goodmans’ eyesore of a mansion. So this is it, she thought to herself. They’re finally moving in. Her rainy day had just gotten significantly gloomier.
The No-Good Goodmans had gotten their name when they purchased the small ranch on the oversized property that had been vacant ever since Bella had moved in. The little house was quickly knocked down and replaced by an oversized mansion that looked completely out of place on the cul-de-sac, where everyone lived in the same houses that had never been redone since they were purchased from their previous owners. Every one of her neighbors thought it was wrong. No one could understand why the wealthy Goodmans, who had their names plastered on practically every building in town, had to come to their block and flaunt their wealth.
“They should have gone to the other side of town,” said Bella as they stood in a huddle, watching a pair of massive pillars being placed in front of enormous front doors. “They don’t belong here.”
The Goodmans had no right to invade their neighborhood with earthmoving equipment and construction workers who came and went on a steady basis. The No-Good Goodmans were ruining the block. Even worse was Mrs. Goodman herself. She came and went every once in a while, checking up on the progress being made. Whenever she stepped out of her luxury SUV, she was dressed to the nines and carrying a designer bag. As soon as she appeared, the circle of yapping women would move to the other end of the block to watch from a distance and moan about how the No-Good Goodmans were changing the fabric of the neighborhood.

Why Did Violence Erupt in “Mixed” Cities? // the root causes of the conflict between israeli-arabs and Jews

My Daughter Is Angry About Our Financial Crunch // Three parenting...