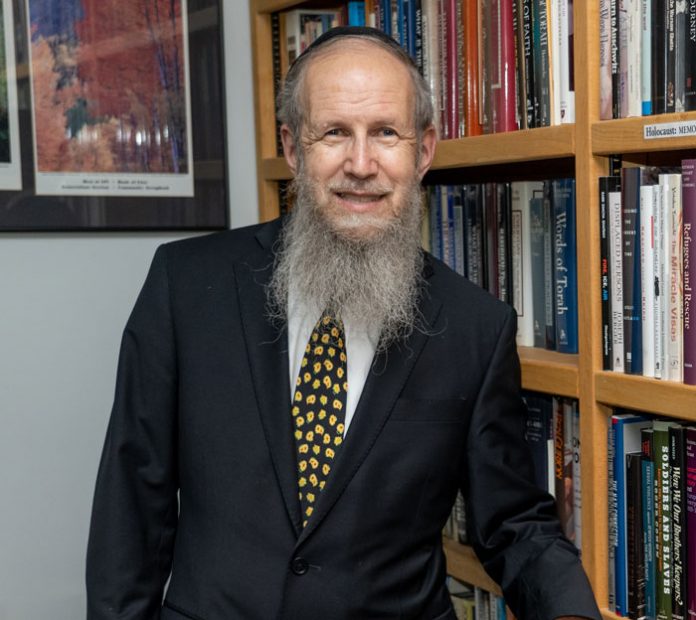 When Rabbi Hillel Goldberg of Denver, Colorado, informed me the other week that he was about to release his second sefer on Yoreh Dei’ah and asked if I would like to discuss with him how he found the time to write it while also publishing a weekly newspaper, I was immediately intrigued. Not only because I know from personal experience how time-consuming publishing a weekly is, but also because I believed that Rabbi Goldberg’s fascinating life story would be of wide interest.
Truth be told, I’ve been somewhat familiar with Rabbi Goldberg and his works for years. I still treasure the scholarly book he authored on the life and teachings of Rav Yisrael Salanter, which I purchased a long time ago. And it goes without saying that as a frequent contributor to Ami, Rabbi Goldberg and I speak on the phone quite often. Still, the hour-and-a-half conversation I subsequently had with him this past Sunday took me very much by surprise. His erudite answers to my questions were as spellbinding as they were uplifting. I have enjoyed few interviews as much as I enjoyed this one. I trust that you will find this interview a standout as well.

You live in Denver, Colorado, and I understand that you’ve been there for many years.
I was born in Denver. My father’s father arrived in Denver in 1894, and his wife—or his kallah at the time, because the shidduch was made in Lithuania—came one year later. My father’s family came from Brisk—Brest-Litovsk—which is now in Belarus. My mother’s side was originally from Frankfurt. My maternal great-grandmother was born in this country before the Civil War, and my grandmother spoke German fluently.
The way the story goes, although I can’t vouch for its total accuracy because it goes back several generations, is that the revolutions throughout Europe in 1848 prompted the parents of my great-great-great-grandparents to say, “We have to get our children out of Europe.” Their wedding present was to send them to America. They saw the anti-Semitism in Europe and realized that there was no future there for the Jewish people, so they sent them to America.

So you’re culturally from a mixed background.
When my parents got married they called it an intermarriage. Let’s put it this way: Long ago, there was an east side and a west side in Denver. They still exist, but they’re in different locations now. My father was from the west side. He was born near the Platt River, and his family was extremely poor. When he was seven years old, his father died in the 1918 Spanish flu pandemic. Somehow or another my father made it in life. He was very enterprising. He wrote for the Denver Post for 25 years as their chief columnist, and he also had a television show for 17 years. He interviewed all of the leading political people of the day, including John Kennedy and Martin Luther King. He raised money to build the Rose Medical Center in Denver, which he did by convincing the popular stars of the day like comedian Jack Benny to perform pro bono at fundraising dinners. He also took over the Intermountain Jewish News for the sum of $1 in 1943. The Intermountain Jewish News was a community instrument, but it was failing and bleeding them dry. They were looking for a “bright young man” to take it over and run with it, so they gave it to him for $1. We’ve been running with it ever since.

Was your mother involved as well?
Yes. Unfortunately, my father passed away at the age of 61 in 1972. My mother, who like my father didn’t have much higher education—they each spent one year in college—took over and ran it brilliantly. Not only did she become the publisher, but she gathered a tremendous staff, sold advertising, and made the publication work in a brilliant way. She grew it way beyond my father’s wildest dreams.

Did you work for the paper when your parents were still alive?
I was partners with my mother for many years. My mother was active in the paper for 12 hours a day until the age of 88. That was in 2004. I came back to Denver from Eretz Yisrael—having been there for 11 years—in 1985. After 2004 my mother slowed down a bit, but until six months before she passed away in 2017 at the age of 100, she was still signing contracts. 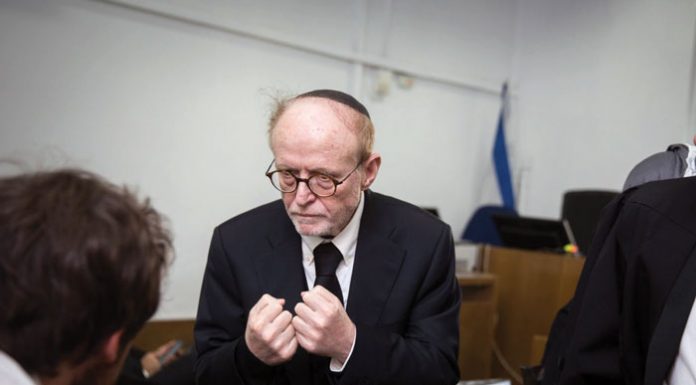