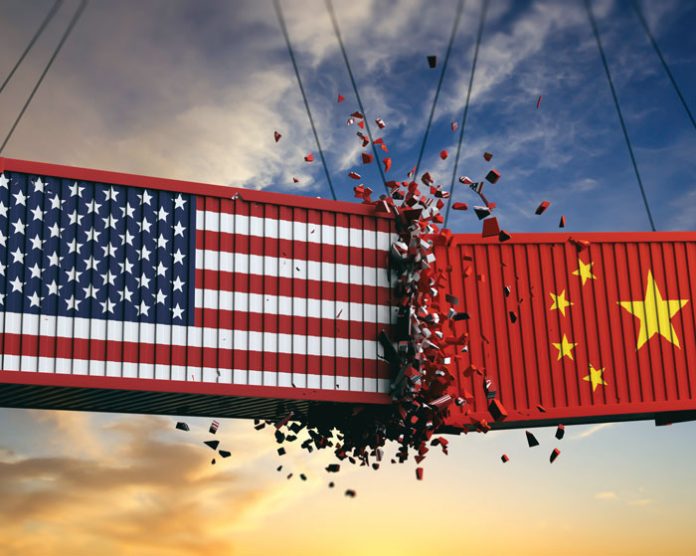 Since 1979, there has been a bipartisan American policy of engaging China economically in the hope of increasing its evolution towards democracy:
“Since China’s accession to the UN, the Nixon visit, and subsequently the US recognition of the One China policy and the establishment of full diplomatic relations in January 1979, an extensive tapestry of economic, trade and academic ties has been woven between the countries, along with mutual desire to exploit these for the advancement of economic growth. In 2019, bilateral trade reached some $541 billion (US exports: $123 billion; Chinese exports: $418 billion).”
Until recently, both nations worked hard to maintain a façade of friendliness and courtesy towards each other:
“Until the coronavirus era, tens of thousands of representatives of American companies and organizations worked permanently in China. Many among the business and academic sectors in China maintain sweeping ties with American counterparts, and American companies manufacture a significant part of their products in China.”
At the same time, many Chinese came to America:
“Over the last decade, the children of many of the political and economic elite have studied in the United States, including the daughter of President Xi Jinping, who attended Harvard. More than 390,000 Chinese students were enrolled last year in the United States, the largest cohort of foreign students.”
In a recent document, the US government admitted that this decades-long policy of rapprochement has been a complete failure. China has been robbing us blind while becoming more autocratic. There has been no real reform according to a White House document entitled “United States Strategic Approach to the People’s Republic of China” (May 20, 2020). It contends, after long reflection, that the United States “underestimated the will of the Chinese Communist Party (CCP) to constrain the scope of economic and political reform in China” and that China’s “increased engagement with the world did not lead to convergence with the citizen-centric, free and open order as the United States had hoped.”
Well that is putting it mildly. The truth is that instead of getting better, China’s behavior has gotten worse, much worse. While the world’s attention has been diverted by the pandemic, China has been crossing the line into organized crime. America is not the only victim.
You want evidence that China can no longer be trusted? Just look at the headlines. Just this week, there is a breaking spy scandal in Australia, a military confrontation with India and a series of cyber-attacks across Asia that indicates a new pattern of Chinese aggressiveness and outright lawlessness.
Let’s start with Australia.
Like all mob bosses before them, the corrupt leadership of the Chinese Communist Party has attempted to locate and bribe equally corrupt “fixers” inside foreign law enforcement agencies and even legislatures. For the first time, one of China’s secret fixers got caught. The home of a senior Labor Party leader in Australia’s upper chamber was raided by police last week as part of an investigation by ASIO, the Australian Security Intelligence Organization (roughly equivalent to the American FBI).

Eighty Years Since Babi Yar // My, how times have changed

Lipstadt in the Lurch // Blunt tweets for me but not...

Auschwitz // secrets, silence, and profits—what the allies knew and why...