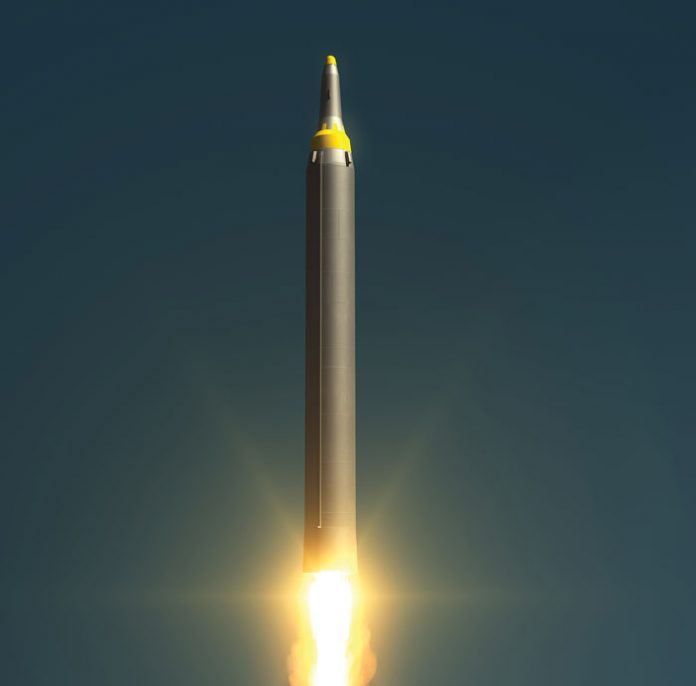 Why are Iran and North Korea, arguably the world’s two worst pirate states, wasting scarce money on military provocations when both are going through their most desperate days in modern history? Both economies are on the verge of collapse under the twin burdens of the pandemic and the crushing weight of international sanctions.
The civilian populations of North Korea and Iran are wasting away for lack of food and medicine. Why would the dictators of these nations use the last of their scarce national revenues to build nukes for their militaries?
I once spent an evening with Tip O’Neill, speaker of the House and creator of the famous dictum “All politics are local.” Does his principle apply to both democracies and dictatorships? In the case of the latter, of course, the political ruler need only please a small constituency—that small circle of insiders who keep him alive by projecting his power.
In Iran, the Revolutionary Guards of the IRGC protect the ayatollah from revolution. In North Korea, the Kim dynasty is protected and served by the military-politico elite, who are rewarded with lives of comparative luxury in the capital city. Pyongyang is not Paris, but it is a fine home for the collaborators in comparison to the permanent poverty of the rural areas.
Some 30 percent of North Korea’s national income is spent by the dictatorship to ensure the loyalty of the elite supporters in Pyongyang. These courtiers of the Kim monarchy are paid to keep the capital brightly lit while the rest of the nation suffers in darkness. Satellite photos of rural North Korea at night prove that most of their people live in the Dark Ages.
Many North Koreans would freeze or starve to death in a bad winter if not for remittances sent by their children who are serving in the army or working abroad. The North Korean military is paid well to do nothing. The soldiers stay warm in their barracks while their leaders dream up saber-rattling military provocations scary enough to extort money from their neighbors without starting a war.
Why is such a huge military force needed to guard a border that no one has attacked since Korea was divided following World War II? For three generations, the Kim dynasty has falsely taught its children that it was South Korea that attacked the North and started the Korean War.
This false fear that another southern sneak attack is imminent drives the North Korean people to continue making tremendous economic sacrifices. They literally go without food so that their nation might survive another onslaught by the warmongering South Koreans.
The idea that it was the North that invaded the South has never crossed their minds. Nor does a North Korean ever suspect that he has been told lies about history to preserve the power and profit of the Kims.
How could the Kims get away with this Orwellian con game? For years, the tuning dials of all radios were soldered to the one government station by the North Korean police. Outside communication was successfully banned for decades.
As late as the 20th century, only a minority of Iranian men could read and write. Ten to 20 percent of rural women were barely literate.
The illiterate rural populations of Iran were almost as completely radio-dependent for their religious and historical education as the people of North Korea.
As in North Korea, rural Iranians are easily manipulated by their leaders. They have been taught by the mullahs to blame the pandemic on Israel and that Iran’s advanced medical care is teaching the world how to fight COVID-19.
The truth is that the Iranian government was so busy robbing the country blind that it neglected to fund even basic COVID-19 education until well after the virus had spread to every hospital in every province.
Medical supplies are not subject to international sanctions, but the government preferes to keep their money and say that the West refuses to sell Iran any medical aid because of the sanctions.
North Korea is even more cynical. It has simply announced that there is no coronavirus whatsoever in North Korea, so no money need be spent on medical supplies.
The reality is that the virus is so widespread that even Kim Jong-un’s bodyguard came down with it. There is so much disease that China closed off the entire border and assigned more than ten percent of the People’s Liberation Army to enforce the quarantine of North Korea.
“Chinese customs reported a 24 percent decline in trade with North Korea for the first two months of 2020, with imports from North Korea at only $10 million, or a 74 percent decline compared with the same period in 2019.” According to the National Intelligence Service (NIS) of South Korea, revenue dropped even more in March.
The double whammy of the virus and international sanctions has thrown North Korea into financial chaos. “Prices of rice, corn and oil all spiked. This, added to the pressure of UN sanctions, means tough times for Pyongyang’s elite, whose support the Kim family needs.”

Death Watch In North Korea: Are the leaks about Kim Jong-un’s...