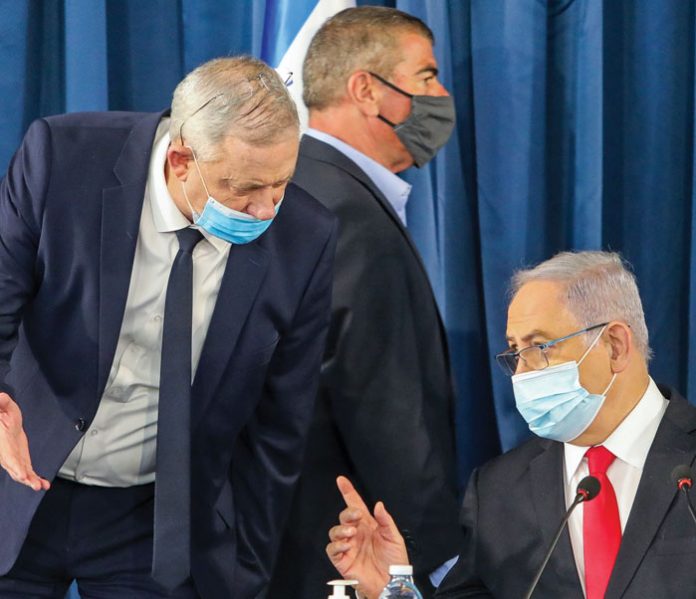 It took more than 500 days for Israel’s new government to form; now everyone is hoping it won’t take just as long to get it functioning normally.
The first order of business was finding a place large enough for the cabinet to meet and also one that will allow them to keep to the coronavirus guidelines. The first meeting took place in the entrance hall of the Knesset, where it soon became apparent that it wasn’t an ideal location. After a protracted search, another hall was found in the Foreign Ministry building, which is near the Knesset. The ministers there around a table that fit them all. However, according to reports, the meetings are not working. It’s hard to coordinate among 35 people who all want their voices heard.

While a meeting place is an issue, an even larger one is the setting up the ministry offices for this expanded government. The technicalities of actually setting them up is more complicated than the coalition agreement that led to their formation.
One example is that of the Ministry of Community Empowerment and Advancement, which was created for Minister Orly Levy-Abekasis. In the coalition agreement that was signed with her, a number of responsibilities and portfolios were listed for transfer from the Ministry of Public Security to her new ministry. But when it came to actually putting the ministry together, it was discovered that one portfolio had been abolished at some point and another had been transferred to the Welfare Ministry. And you don’t really think that Welfare Minister Itzik Shmuli is going to give up any of his authority in favor of his former partner in the Labor Party who betrayed him at a critical juncture and split from the party. Even the parts that do belong to the Ministry of Public Security include certain responsibilities that are connected with police enforcement and activities, which means that they can’t be transferred to another ministry. The result is a typical Israeli solution, which includes the establishment of an interdepartmental team whose job it is bring a series of steps, decisions and even laws for the approval of the government and the Knesset in order to finally establish this new ministry. Meanwhile, there are a number of other ministries that are dealing with territorial strife over responsibilities and departments that are supposed to be transferred between them. 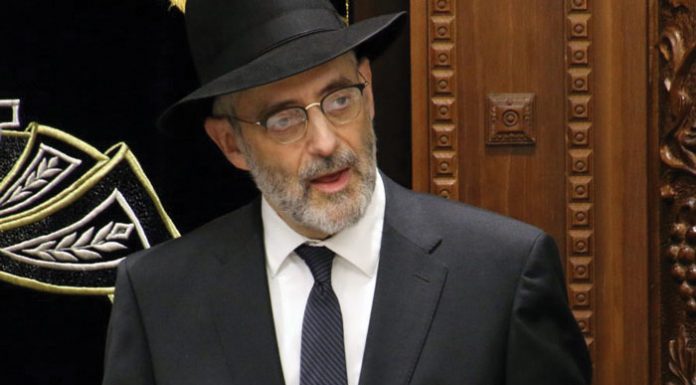 Reflecting on the Agudah Convention With Rabbi Chaim Dovid Zwiebel