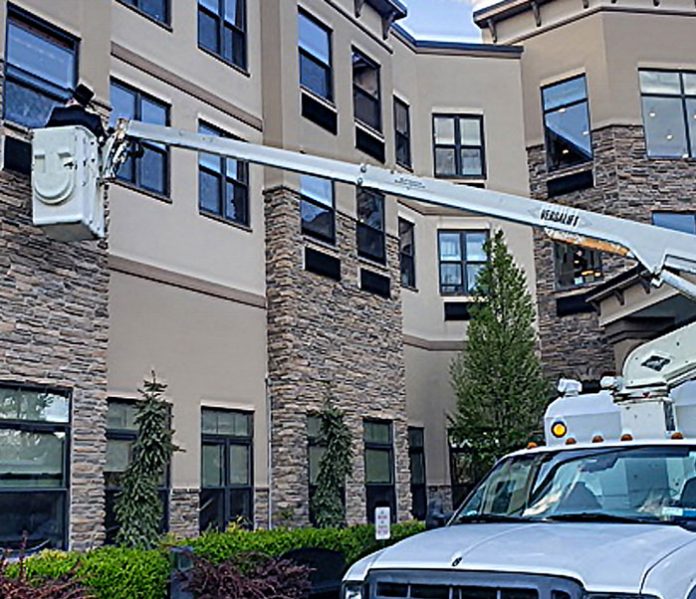 Due to COVID-19, all hospitals and nursing homes in New York have banned visitors from their facilities. While the rule is in place to protect the most vulnerable, it has led to much heartbreak during a very turbulent time. For residents and their families, the separation is a challenge. Some have not seen each other in many weeks.
S.M. is one of those residents. He moved into Pine Valley Assisted Living several years ago and immediately became an integral part of the community. Before the pandemic, he’d had a steady stream of visitors. He is especially close with the Melitzer Rebbe of Monsey, Rabbi Yakov Horowitz, and was popular in the Monsey and New Square communities. Friends and volunteers showed up every day to take him to minyan. He had no shortage of Shabbos invitations.
But after two months in quarantine, the isolation was starting to wear him down. S.M. has always been an outgoing man, and it was hard for him to be without friends, day after monotonous day.
In desperation, he called the Melitzer Rebbe’s brother, Rabbi Horowitz, in Flatbush, and begged him to come for an outing, or at least a visit.
“I would love to visit,” Rabbi Horowitz said apologetically, “but unfortunately the law doesn’t allow for that.”
S.M. was disappointed. “If your brother wanted to visit, he would find a way!” he said, referring to the Melitzer Rebbe.
The conversation ended, but S.M.’s words had left an impact on Rabbi Horowitz. He called his brother. “What can we do?” he asked.
The Melitzer Rebbe was pained. He hung up the phone, feeling helpless. He truly did want to visit his old friend, but the safety of the residents was paramount. There was no way to have that face-to-face contact without jeopardizing S.M.’s health.
And suddenly, the phone rang.
It was the administrator of Pine Valley Assisted Living, whom the Rebbe knew from his frequent visits to the facility. He had a proposition to make.

The Last Jew in Afghanistan // My visit with Zabloun Simintov

Hoping for A Miracle // The doctors had horrible news, but we...