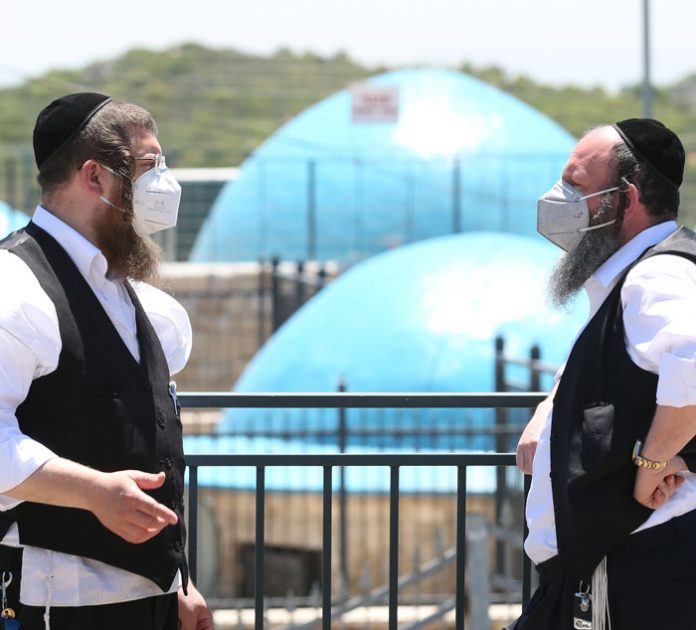 ‘Painful,’ ‘depressing,’ ‘I can’t believe my eyes.’ These are some of the things that residents of Meron keep repeating when they see Meron completely empty just a week before the yahrtzeit of the Rashbi on Lag BaOmer,” says Rabbi Chaim Rabinowitz. Rabbi Rabinowitz is a Boyaner chasid and askan who helps arrange the central Lag BaOmer hadlakah at the tziyun of Rabbi Shimon bar Yochai. The central hadlakah has been in the family of the Boyaner Rebbe for nearly 200 years, going back to the holy Ruzhiner Rebbe, who purchased the rights to the hadlakah in perpetuity.
“Every year during this time, the mountain resounds with festivity. It is filled with askanim and workers preparing the tziyun for the festival. Bleachers, platforms, tents and massive air conditioners are set up overnight. The people who take care of the hachnasas orchim are cooking tens of thousands of meals. The preparations begin at the conclusion of the previous Lag BaOmer. Askanim work all year to prepare this small area for the 24-hour influx of over 200,000 people from Eretz Yisrael and around the world. But this year, the roads of Meron are ‘in mourning’; everything is desolate. It’s heart-wrenching.”
The original plans, because of the pandemic, was to completely shut down Mount Meron. The tziyun has already been under lock and key since Rosh Chodesh Nisan. But Health Minister Rabbi Yaakov Litzman prevailed upon the government to at least allow the central hadlakah of the Boyaner Rebbe. His argument was that since the government is allowing the official Yom Ha’atzmaut event on Mount Herzl with the participation of about 100 people, then they could certainly allow the hadlakah at the tziyun of the Rashbi, too. His petition was accepted. It was agreed there would be three hadlakos with very limited crowds: The hadlakah of the Boyaner Rebbe, the hadlakah of the Sefardi and Eidot Hamizrach kehillos by Chief Rabbi of Yerushalayim Rav Shlomo Amar, and the hadlakah of the dati le’umi community by Chief Rabbi of Tzfat Rav Shmuel Eliyahu.
“The program will begin with Minchah together with Selichos to daven for the ending of the pandemic, along with a request for forgiveness from the Rashbi for not having the regular festive hilula. There is an expression about Lag BaOmer in Meron,” he says. “Inside the tziyun it’s Yom Kippur and outside it’s Simchas Torah. This year until shkiah there will be a spirit of Yom Kippur, and from the moment of the hadlakah there will be a feeling of Simchas Torah.”

Rabbi Rabinowitz says that he still can’t digest the fact that the event is going to be so limited. “I’m speaking to you from Meron, where we are putting the finishing touches into place. The entire area is quiet—like one large beis hakevaros. I entered the cave for a few moments together with the police, and I said, ‘Rabbi Shimon, we need nissim in order to celebrate Lag BaOmer with you this year. Show them what you can do.’ I’m hopeful that in the next week things will change and we will be allowed to have a larger and more festive celebration in Meron.”
Rabbi Rabinowitz’s hope is certainly logical and possible. In the past week, the government has been allowing more and more alleviations of the lockdown, and the Israeli economy is almost entirely back to work. The education system is also slowly reopening. There are many who are hoping that in light of all of this the government will remove some of the restrictions for Lag BaOmer. However, because of the complexity involved and the expectation of thousands of people trying to get in, the Health Ministry officials have been inflexible. It is currently expected that there will be a full lockdown on the Meron region in order to stop people from sneaking in. As a result, the chasidim of Boyan are feeling particularly bad right now. “There isn’t one chasid of Boyan who is ready to give up being at the Rebbe’s hadlakah on the mountain” said one chasidishe yungerman. “But right now the Rebbe is telling everyone that they must follow the guidelines and not come to Meron—aside from the small group of people that is permitted to participate. We are all feeling very broken about it, and we are davening that we will be able to celebrate together with Rabbi Shimon.”
Still thousands of people are refusing to give up and are preparing this year, as well, in the hope that perhaps a neis will occur. They are doing this despite the personal loss they experienced with the passing of the director of the organization, Rabbi Bentzion Kuperstock, known as the father of Meron, who succumbed to the coronavirus about a month ago. He was interviewed before he passed away and was asked what will happen this year in Meron. He said, “I told Rabbi Shimon, ‘Either you’re going to have to come to us or we’re going to have to go to you.’” Following his passing, that answer has become quite chilling. 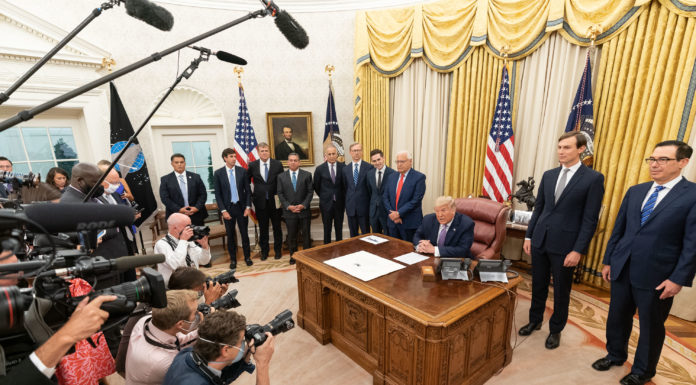