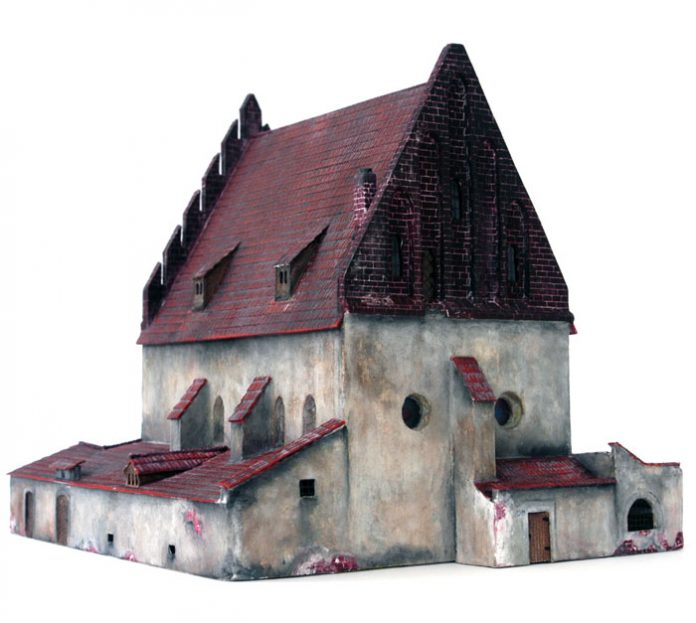 It took me six weeks to build the Altneuschul of Prague.
To be fair, I wasn’t working at it alone, and the structure was just shy of three feet tall, a miniature model of the real thing.
It was built on the floor of the basement toward the end of winter in the year that I turned 13. It was for a school project, the kind teachers tend to give at that time of year, a reprieve amid the monotony of school days. The project was outlined with vague instructions, probably not to give us more creative leeway but because no one put much thought into the specifics. For most students in the seventh and eighth grades, the project was an afterthought, an attempt by our teachers to keep things interesting.
Not for me.
Not for the girl who sat with her nose pressed to cool glass on the way to school and on the way back for nearly an hour each way, awaiting each major intersection and watching it pass as the carpool car inched with the traffic along the endlessly long street that connected the city of my school to the city of my home. Not for the girl who spilled out of the car in a tumble of glassy-eyed relief but would never let go of the sense that she was suspended behind a thin layer of glass, looking out, as each lonely day drifted into the next, continuous and predictable, like a slow snowfall.
For me, this project was everything. It was my chance to come out of the shadows, to be seen.
I spent the day daydreaming about it and continued to daydream during the car ride home, sitting quietly in the backward-facing rear seat of one of the last station wagons still on the road, holding creepy staring contests with the drivers of cars stuck behind us at red lights.
By the time the station wagon turned off the city’s main artery into the quieter web of streets that made up my neighborhood, I knew I would build the Altneuschul of Prague, an ancient and beautiful edifice, the oldest active synagogue in the world. With the signature red roof made of notches that rose on either end to a point in the center, the exterior of the Altneuschul held almost as much mystery and intrigue as the legendary Golem still hidden in the upper chambers of its heart.
The stories of the Golem were haunting enough to fill my head with images of horror in the dead of night and bursts of delicious wonder by day. Perhaps it was the comic book stories about the Golem that stirred my first interest, but whatever it was, the Altneuschul—the silent keeper of the Golem and his secret—was going to be the face of my project, and I was going to do it right. No images of the shul taped onto cardstock, no empty tissue boxes. This would be an authentic replica.
That very night, my father took me to buy supplies. We didn’t head to Walmart or Target but to an actual craft store that smelled of freshly sanded wood and had entire aisles filled with an impossible array of adhesives.
We made our selections carefully—thick foam boards as tall as me, packs of glue sticks for the glue gun, some other glues, razors, poster boards with a woven finish in blood-burgundy, hunter green and clay beige. There were no thin, neon-bright, dollar-store variety posterboards. This was real stuff.
“Do you need help getting started?” my father asked as I shepherded my wares down to the basement.
“Nah,” I said. “I got this.”
I dumped my things in a cleared space among all the paraphernalia that we kept down there and studied the various angles of the Altneuschul that my father had printed for me. Aside from the details in the roof, it did not look like a complicated structure to replicate.
But it was. My 13-year-old hands could not keep up with the palatial images in my brain or the actual printed images in front of me, and after two ruined posterboards, I sheepishly trooped back upstairs.
“I think I need some help,” I told my father. “Not a lot, though. Just to start me off.”
My father followed me back to the basement and sat down on the floor beside me. He brought his thick metal ruler, and he showed me how to measure, how to cut with the razor, and how to glue evenly.
The basement—a little bit cold, a little bit drafty, where sounds filtered through in odd thumps and vibrations from above, where we stored one of the oldest Mac computers, a monster of a photocopy machine, and the flotsam of odds and ends that made up bits of our family history— became the hidey-hole where my father and I spent hours every day for six weeks. As with a real structure, we started with the foundation and built our way up, slowly erecting walls, windows and the notched roof. There was a rhythm to our work, a steadiness, and also a growing glimmer of pride in my heart as I watched the walls rise in perfect symmetry.
We finished building the exterior of the Altneuschul a few days before the project was due, and for a long while we sat still beside our masterpiece, marveling at it.
“What do you say? Should we do the interior?” my father asked.
I eagerly bobbed my head, my mind firing with possibilities. We glued little wooden tables, chairs, an aron kodesh, and for the final crown of glory, a small light bulb that could be plugged into a wall and actually turned off and on. 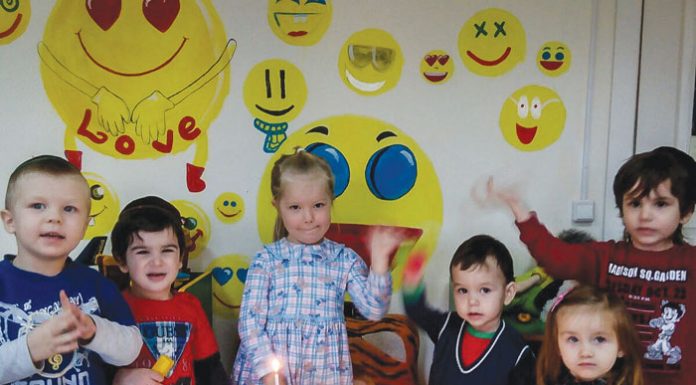 The War on Super Bug // And The Jewish Woman at...