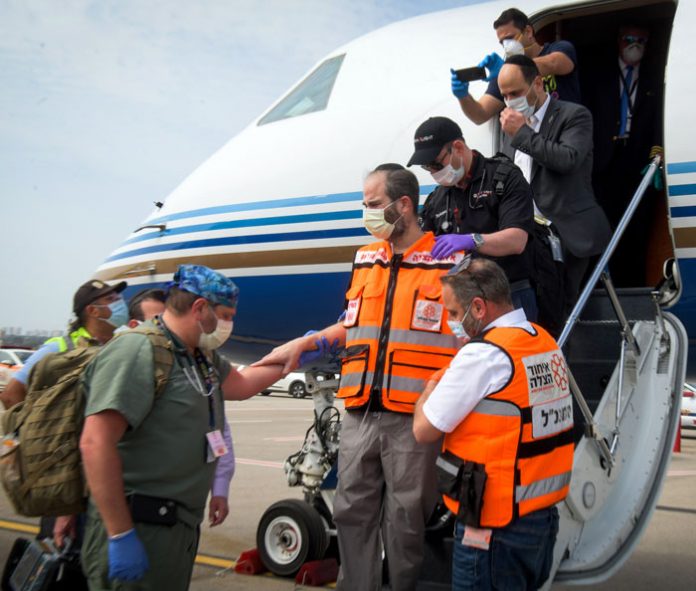 When Eli Beer, founder and president of Israel’s United Hatzalah, went to the United States a few weeks before Pesach, he did not in his wildest dreams believe it would be the most fateful trip of his life. It was a journey from which he almost did not return.
The 46-year-old Beer traveled from Israel to Washington and on to Miami to meet with donors to raise funds for his organization, which consists of about 7,000 volunteers who are devoted to saving lives. Two days after he arrived in Miami, he began to feel ill, and he suspected that he had been infected with the coronavirus. He went into self-isolation in his hotel, but after a few days he had a hard time breathing, so he called for an ambulance, which took him to the University of Miami Hospital. The doctors tested him for coronavirus, and the results came back positive. He was immediately placed in intensive care.
Due to the seriousness of his illness, Eli needed to be sedated and intubated. He remained in an induced coma for more than 30 days, but he recovered, baruch Hashem. Although he is still weak, has a little trouble speaking, and is still on oxygen, he is back to himself and busy at work for United Hatzalah.

This is his story, in his own words:
When they told me I had coronavirus, I couldn’t believe it. I’m usually the one who deals with sick patients, not the other way around. I’m a healthy guy. I don’t smoke. I exercise. And there I was, alone in Miami; my wife and five children were in Israel and didn’t know what was happening as my situation deteriorated.
I remember being taken to the hospital because I had difficulty breathing. I heard the doctors say I needed to be placed in the ICU. I was surprised. I didn’t think I was that unwell. I just had a sore throat and breathing difficulties; I thought a few throat drops would do the trick. I was admitted to the hospital. For two days they tried all sorts of treatments and different medications.
Nothing helped. I was deteriorating. When I heard the doctor say I needed to be put into an induced coma, I knew the situation was dire. I’ve been in the rescue business long enough to know you don’t do that unless it is absolutely necessary. But I still did not know how sick I was. I’m told now that I was at death’s door. I am so grateful I can say the brachah of Mechayeh Hameisim.
I asked to call my family before they put me under. I told them that I was in serious condition and that I was in an excellent hospital. My wife and children and I cried together as we spoke. They told me not to worry. It was a few days after Purim, so I told them we would be together for Pesach, either in Israel or in Florida. But I promised we would be together. They wanted to come to Florida, but I explained that even if they found a flight, they would not be allowed into the hospital.
After I hung up, the doctors came into my room. They told me that once the anesthetic was administered, I wouldn’t be aware of anything; I wouldn’t know where I was, and I wouldn’t remember anything. They were right. I don’t have any recollections of the treatments, but I did have hallucinations. I remember having terrible dreams.
From the very first day I was in the hospital, Dr. Miriam Adelson, the wife of billionaire businessman and philanthropist Sheldon Adelson, took a personal interest in my case. She was in contact with my doctors to make sure I was receiving the best medicines and treatments. I also have a good friend in Miami, Dr. Joel Sandberg, whose daughter Sheryl is a vice president of Facebook. He and Dr. Adelson consulted with my doctors. They found stem-cell drugs to treat me, something completely new.
They had to contact the White House to get a special permit to allow the use of drugs not yet approved by the FDA. It was a huge thing to get approval for the doctors to use them on me. The drugs cost hundreds of thousands of dollars, but they tried them on me. I was a good candidate—a healthy, non-smoking 46-year-old with no underlying medical conditions or illnesses.
After 18 long days, the doctors brought me out of the coma. They thought my condition had improved. They tested me for coronavirus, and it came back negative. They took out my respirator, and I’m told that I started talking. Although I really don’t remember any of it, when I awoke, they showed me a picture of my wife and asked me if I knew her. I nodded that I did, and they realized, to everyone’s relief, that I had not sustained any brain injury after being in the coma for so long.
They called my wife on the phone and we spoke for a minute, but my condition started to deteriorate again, and my oxygen levels fell. They needed to put me back under again. I wound up remaining sedated for a total of 33 days, which is highly unusual. They say it was truly a miracle that I came out of it. 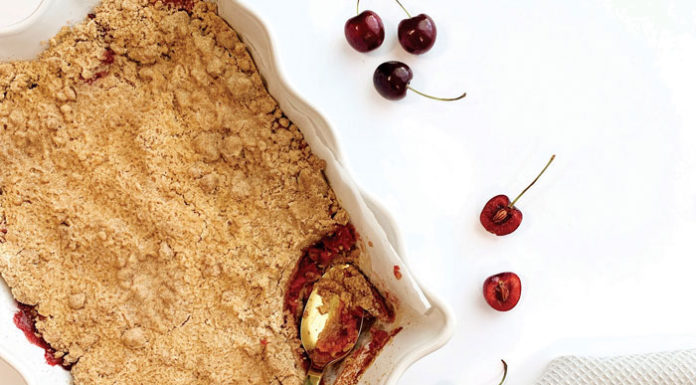