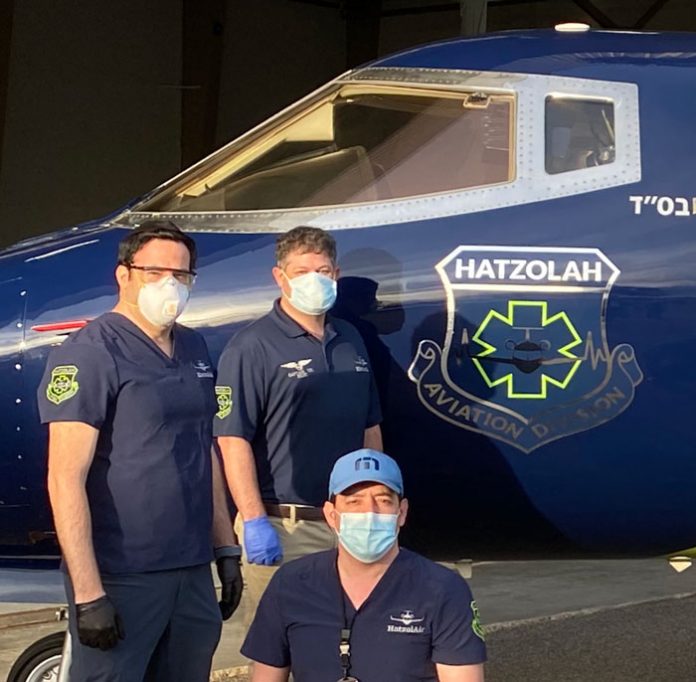 Back on Purim, the Jewish community of New York was almost entirely oblivious to the danger that was coming its way. But three people were already very concerned, apprehensive about what a flood of patients might do to the hospital system in the metropolitan area.
“The seeds were planted on Shushan Purim,” Eli Rowe told me, “when we all got together to have a discussion. We were really worried. What would happen if all the hospitals in New York were suddenly inundated by 100,000 patients, or even 200,000 or 300,000? The system would be so overwhelmed that they would close their doors.
“We could just picture the scenario. Hatzolah would show up with a patient at Long Island Jewish Medical Center and they’d tell us, ‘Sorry, we just got another 5,000 patients.’ Security would then tell us to wait in line and our ambulances would be stuck, say, in spot number 32, 88 or 106. Our patients wouldn’t be getting the treatment they needed, and the community would have no use of its Hatzolah ambulances.”
And so, the idea was born to create a space where Hatzolah and other emergency services could turn to, at least temporarily, if the city hospitals were overwhelmed. Incredibly, thanks to the efforts of these three individuals, as well as those of pulmonologist Dr. Gita Lisker of Long Island Jewish Medical Center and lots of help from community members and activists, a 384-bed facility was created in Yeshivas Sh’or Yoshuv in Lawrence, New York, complete with the high-tech equipment of a medical center, which was ready to open its doors to both COVID-19 and regular patients, should the need arise.
As Yaakov Gace explained, “The purpose of this facility is to serve as a staging and triage environment that can treat patients for two hours, two days or two weeks in the case of a devastating scenario. There is nothing ideal about having hospital beds in a yeshivah gym or lunchroom. But practically speaking, it was an emergency solution to a very urgent problem.”

Flattening the curve
“It’s like a war zone.”
“We’re just not prepared.”
“Every corner of every hallway, room and extra space has been filled beyond capacity with sick people.”
As the wave of hospitalizations due to the COVID-19 pandemic hit New York City, those who worked inside these hospitals began telling reporters how they were becoming increasingly frantic and full of despair. Hospitals were rapidly filling up and scrambling to create more room. The Javits Center became a huge field hospital. Soon a US Navy medical ship sailed into New York Harbor and began treating COVID-19 patients as well.
Signs of the desperate situation were everywhere. Refrigerated trucks for storing bodies began showing up behind hospitals. And in the most beleaguered facilities, patients were coming in faster than they could be dealt with. At one point, Elmhurst Hospital in Queens had 60 coronavirus patients who had been admitted but were still in the emergency room because no other beds were available.
In March the numbers looked grim. The number of hospitalized patients in New York State was rising. By March 25 it had exceeded 5,000, and less than a week later, on March 30, that number had doubled. By April 3, it had hit 15,000. The smaller number of ICU beds were also filling up rapidly, eventually plateauing at around 5,000.
Thankfully, the nightmare scenario that Eli Rowe, Yaakov Gade and Dr. Avishai Neuman were worried about didn’t materialize. The state’s policy of social distancing—keeping people away from one another—held down the increase of cases long enough so that the system wasn’t completely overwhelmed. By April 15 the number of hospitalizations was decreasing, never having hit 20,000. 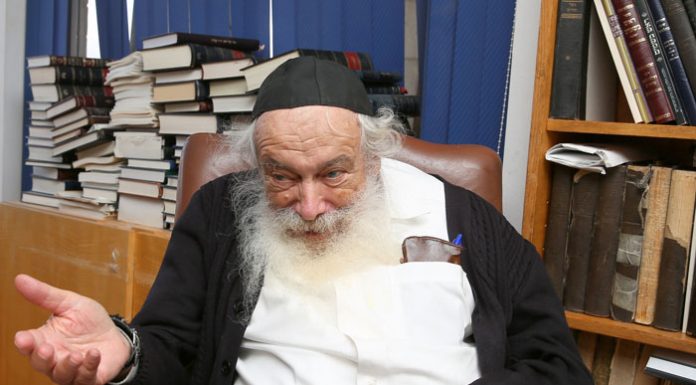 The Mountain of Blessings // How did the daughter of a secret Nazi collaborator inspire an assimilated family of Holocaust survivors to become chareidim...