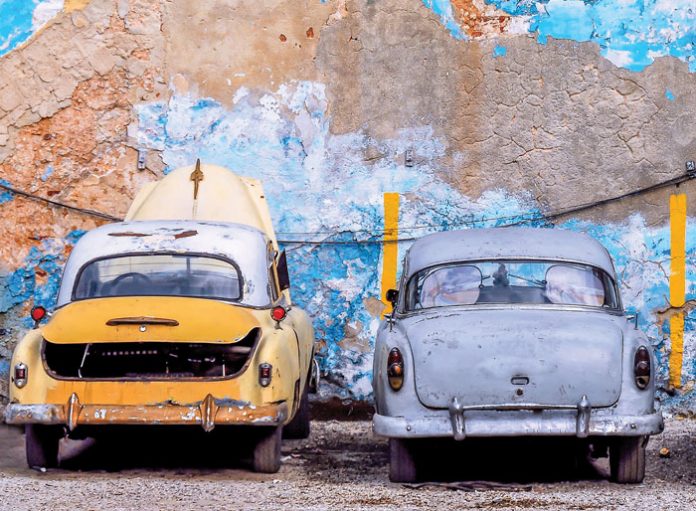 Shortly after the United States started allowing people to visit Cuba, I found myself in the terminal at Miami International Airport. The whole place was abuzz with excitement. News reporters were hanging around, airline executives were sipping champagne and patting each other on the back, and a Caribbean band was playing live music in the background. Everyone was waiting for the big moment: the ribbon-cutting ceremony that would officially launch the first American Airlines commercial flight to Cuba in almost 55 years.
I, however, was not celebrating. I was in big trouble. But I am getting ahead of myself, so let me take you back to the beginning of the story.

Cuba Opens Up:
It all started when I learned about a great deal from the United States to Cuba. US-Cuba relations had recently thawed under the Obama Administration, and commercial flights to Cuba would soon be resuming. I quickly put some seats on hold with American Airlines and then prepared myself for a real challenge: convincing my wife to join me on the trip. I’ve always been a smooth talker, but on this occasion I really excelled. Not only did I manage to convince her to come along, but I also talked her into bringing our almost seven-month-old-baby. I know, brilliant idea.
Once the wife was on board, I began to look into the logistics involved in obtaining a visa. The usual way was by visiting the Cuban Embassy in Washington, DC, a process that would require at least two visits and would take several weeks to complete. Not an easy feat for someone who’s based in Israel. After spending a lot of time on the phone, I was informed by the airline that it was possible to purchase the visas at the boarding gate. Once that was settled, I completed my booking and started to prepare for the trip.
As you might imagine, Cuba isn’t the most advanced country when it comes to anything other than cigars, meaning that arranging for lodging and transportation wasn’t exactly a breeze. Most of the hotels are on par with what the former Soviet Union used to offer visitors in the 1980s. Judging by the photos on the booking sites, the shabby accommodations were highly overpriced and under-maintained, leading me to turn to Airbnb, which had recently expanded to Cuba. The prices were great, the quality not so much, but hey, you get what you pay for.
Getting in touch with a taxi company wasn’t easy either. It sometimes took a week to get a response. (Internet access in Cuba is very sparse, but more on that later.) Finally, after lots of back and forth, haggling, and waiting, I was able to book an itinerary with a company that sounded pretty reliable for the week-long trip around the island.
Next, I needed to deal with the issue of kosher food. Since the Jewish community of Cuba is very small, and the Orthodox community is barely functioning at best, there is virtually no kosher food for sale, and certainly no kosher restaurants. Now, while I might be able to survive on Bissli and licorice for a few days, I would need a more well-rounded menu when traveling with my wife and child. Enter a tiny $10 slow cooker from Walmart, a few insulated food bags, some hot dogs, rolls, instant noodle soups, wraps, tuna, cold cuts, potato chips and a bottle of wine for Shabbos. I should also mention that my mother-in-law also froze some of her world-class chicken soup and cholent for us to take along, as we’d be staying in Cuba over Shabbos.

Cuba, Here We Come:
Eventually, the big day arrived. Our middle-aged Hispanic driver wished us a good morning and then asked where we were flying. “We’re going to Cuba!” I said proudly. “Oh man, I wish I could go!” he replied, “but they hate Puerto Ricans there.” He then commenced a short lesson on the region’s petty politics.
When we arrived at LaGuardia Airport, the woman at the American Airlines counter refused to allow us to check in. “I cannot allow you to check in for your flight to Cuba if you cannot show me your visas,” she said. “But I was told by the airline that we could get them at the gate in Miami!” I protested. “I don’t know anything about that,” she replied. “All I know is that I can’t let you on the plane.” 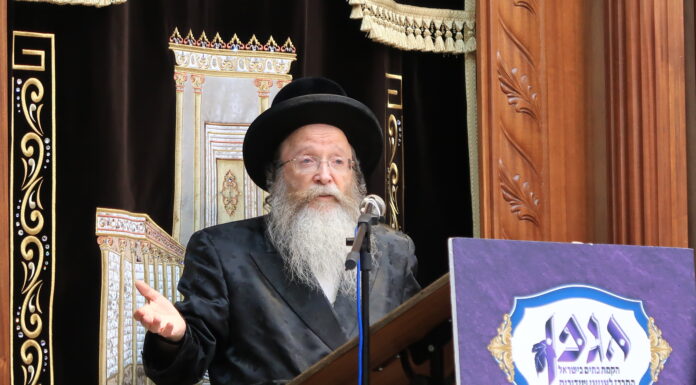