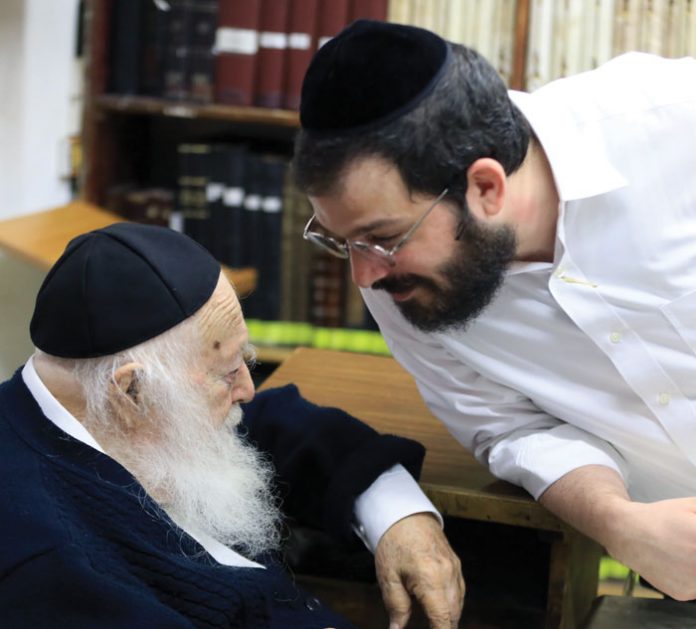 Two yeshivah bachurim came to my grandfather one after the other and asked for a brachah for a shidduch. To the first he replied, “Brachah v’hatzlachah,” but to the second he said, “Refuah shleimah.” The second bachur couldn’t understand the Rav’s reply. He ran out of the house to catch the bus back to yeshivah. On his way to the bus station, he ran across the street without looking. Unfortunately, he was hit by a car because the driver didn’t see him. The bachur was very emotional when he called me from the hospital: ‘Please tell your grandfather that his brachah protected me. I was able to walk away from the accident with a few minor injuries.’”
The person relating this story to Ami is Rabbi Aryeh Kanievsky, the beloved grandson of Rav Chaim Kanievsky, who stands by his grandfather’s side throughout the day to serve him and bring him questions that arrive from around the world.
There is no need to waste words on Rav Kanievsky’s greatness in Torah. It is not for nothing that many refer to him by the title “Sar HaTorah” because of his bekius in all areas, including unknown midrashim and obscure halachah sefarim. This time, however, it is about another side to him, thanks to his grandson, who gave us an opportunity to take a rare peek into the Rav’s daily conduct with his family, as well as the hundreds of petitioners streaming to his door.

Rav Kanievsky’s hasmadah and bekius were well known even when he was a young avreich, but Rabbi Aryeh relates that when he himself was a child he didn’t understand his grandfather’s greatness. “We knew that Zeidy was a great tzaddik whose only interest was Torah and more Torah, but to us he was a grandfather in every sense of the word. I would daven Maariv next to him every night, and he would make sure to send my father a note about my conduct: ‘Today Aryeh davened nicely,’ or chalilah, ‘Aryeh was daydreaming a bit.’ When we started learning mishnayos and then Gemara, we would proudly tell him what we had learned, and he would take an interest and ask us questions. Similarly, before I got married, he would ask me about what was happening with regard to shidduchim. He didn’t pry, and in any case he’s busy learning Torah all day. As we grew older, we came to understand who our grandfather was, and began to be in awe of him. It’s not easy to know that your grandfather is a giant who is followed by the entire world, and you’re bothering him with minor things.”
With his grandfather sitting and learning around the clock, his grandmother, Rebbetzin Batsheva, a”h, was the loving matriarch of their many grandchildren and great-grandchildren. After she passed away eight years ago, Rav Chaim’s interaction with his family members was affected. “You might say that he became more of a grandfather. He started asking more questions and taking a greater interest. His tests for the grandchildren also became easier. There were times when he would quiz us without us having the slightest chance of passing because we felt very pressured. There were also questions to which only he knew the answers, such as how many times does the name of a certain Amora appear in the perek we were learning. Now the questions became much easier. He never explained the change, but we grandchildren believe that after the Rebbetzin passed away, he took it upon himself to play a greater role as our grandparent.” 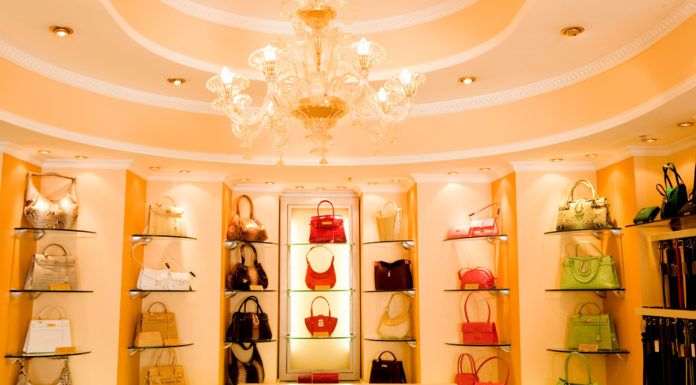