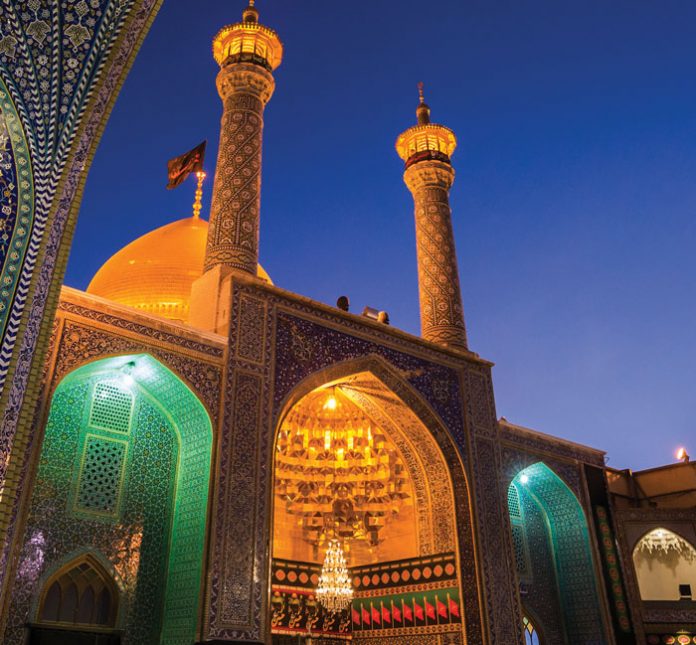 There is a religious cult within the Shiite leadership in Iran called the “Twelvers.” They believe that one-third of the world must perish in a deadly struggle before the twelfth imam (Mahdi) emerges from hiding to restore the dominance of Shiism over the planet. The present ayatollah described the coronavirus as a “blessed opportunity.” A prominent hardline Iranian cleric, called on Iranians to spread the coronavirus to speed up the emergence of the Mahdi.

Western media missed the religious significance of the virus to the Twelvers.

There is no evidence whatsoever that the religious dictators in Iran deliberately imported the coronavirus in order to infect international pilgrims visiting the holy city of Qom. There is, however, overwhelming evidence that once COVID-19, the disease that is caused by the virus, showed up in Qom, the ayatollah’s regime covered it up. The health minister publicly denied any widespread infection on February 20, even as satellite photos on February 21 showed that they were digging enormous mass graves to bury the visitors to Qom.

The shrines in Qom remain open to visitors, despite international protests that Qom is the epicenter of a second wave of the coronavirus that has infected the entire Middle East and much of Europe. Iran’s death rate from the virus has now surpassed that of China.

For those skeptics who doubt that any nation would put its own citizens at risk by covering up an epidemic, look at China. “Patient Zero” in China was a 55-year-old man from Hubei province who became ill in early November 2019 and was hospitalized on November 17. Five more came in the next day and more each day after that. By the end of the first month, health officials in the provincial capital of Wuhan had informed the national leadership in Beijing that a deadly new virus had emerged. There were 266 diagnosed cases of the new coronavirus before 2019 ended. For political reasons, the national government ordered the Hubei officials to keep silent and destroy the evidence.

But there are always some who will not keep silent when their patients’ lives are at stake. The nurses are usually the first to speak the truth to those in power. First in China, then in Iran, nurses were often the first to warn the world that their governments were lying about the coronavirus. Speaking out against a dictatorship has consequences.

Zeng Yingchun and Zhen Yan, two nurses from Wuhan, the epicenter of the coronavirus, wrote a dramatic letter for the medical journal The Lancet, in which they asked the international scientific community for help:

Reflecting on the Agudah Convention With Rabbi Chaim Dovid Zwiebel

Bar Kochba’s Secret Tunnels // A revealing visit to the ruins...