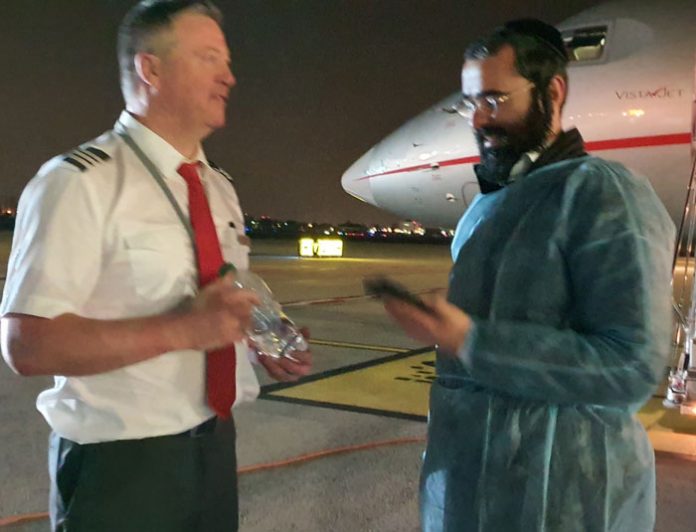 When someone has an insurance policy and needs to be flown in from abroad, we are the provider to all insurance companies” said Moishi. “When someone calls the insurance company and needs to be flown, that number dials to our call center.
The 15 Israeli Jews on the cruise ship had a total of four different insurance companies, and all four work with me; there were lots of difficult logistical coordination involved in this flight. We rescued 11 people as the other four people were deemed too ill to travel.
To stress to you the importance of maintaining cleanliness, two of the 11 people we rescued were diagnosed in Israel of having the coronavirus.
We have 11 of our own private jets but none of our 45 private pilots were willing to fly to Japan. Luckily, we have many co-agreements with other companies and one of our companies had a plane docked in Malaysia, three hours from Japan.
We arranged for private pilots from Germany, Italy and Slovenia to fly to Malaysia and fly the plane to Japan. They were willing to fly after we assured them that we are taking all necessary precautions. We had to work hand-in-hand with the Israeli Health Department and as you can imagine there were many restrictions and regulations in place.
In Japan, the Israelis were taken by bus to the plane. The pilots flew in full protective suits and masks.
We had Ben Gurion airport shut down for two hours during the scheduled landing of the plane. We specifically scheduled the landing between 2 a.m. and 5 a.m. when there aren’t planes generally scheduled to land and any delayed planes would have to circle until afterwards. 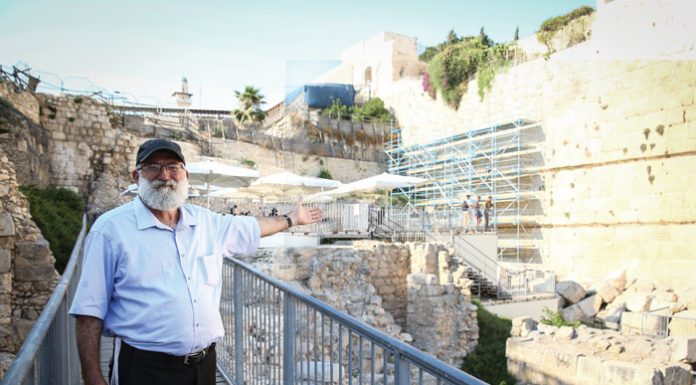 Fighting for the Kedushah of the Kosel // A visit with activist Mati Dan, who is spearheading a multi-pronged campaign to uphold the...

Coffee for Ron // Delivering kindness to the delivery man