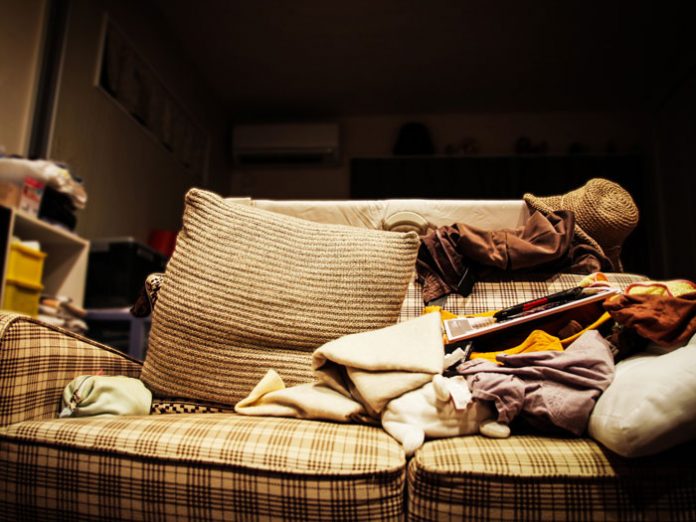 “Where are we going to put the crib?” That was pretty much the second thing I said when I found out that I was expecting our fourth.

“Hmm,” said my husband, taking in our basement apartment at a glance. And in our apartment, this is not a figure of speech; you really can see the whole thing at a glance. “We have the space. All we have to do is get rid of the oven. And maybe the sink.”

I hate moving. Some people have an aversion to heights, others to peanut products. I am fine with both of those things, but the thought of putting everything I own in the world into boxes and then taking everything I own back out of boxes makes me break out in hives. So when a short but fruitless search made us realize that the rental price of a three-bedroom apartment would cost as much as a mortgage, it occurred to us that it might actually pay to buy instead of continuing to rent. Plus, it increased the odds that we would never have to pack again. Win!

Except, did you know that the purchase of a house comes with this clause called a “down payment,” and down payments are super expensive, especially for kollel families? The houses that were in our price range were genuine horror shows, harboring the likes of cats and mold, and they needed major renovations just to be livable. This would not only add to the price, but having experienced the travails of renovations gone wrong secondhand from far too many friends, it was definitely something I wanted to avoid.

“So,” said my husband one evening as we sat at the table in our apartment, which seemed to be growing smaller as my pregnancy progressed, “in order to fit our criteria, the house needs to be move-in ready yet cheap. Two things that do not seem to go together.”

“Maybe we should sell the kids,” I suggested.

“If we sell the kids,” said my ever-logical husband, “then we won’t need to move.”

We decided to move and keep the kids. Then a friend of mine—who was in the same parshah baby-wise, and subsequently house-hunting-wise—told us about a house she had seen and nixed.

The house was being sold as a short sale, and while I didn’t quite know what that was, I liked the word “short,” as in, it wouldn’t involve a long, drawn-out sale. The problem? It was in a neighborhood in Monsey far from the established community. In fact, there was not a single frum person for miles around.

We went to look at it anyway just to do our hishtadlus, and as soon as we walked through the front door, I nearly stumbled on a pile of…dirty laundry?

The house was a wreck. A serious mess, the likes of which I had never seen before, and as the mother of three kids under four, I know whereof I speak. The beds were unmade, the dirty laundry in front of the door was the first of many piles I stumbled across, the floor was coated in dirt, and there was dog food scattered all over the kitchen floor.

“This is like Roanoke,” I whispered to my husband, “that colonial town where everyone disappeared, leaving half-eaten food on their plates, except here it looks like the owners were in the middle of spring cleaning when something unnameable but terrifying came into the house. They fled and never came back.”

The realtor seemed almost embarrassed at the state of the house, rushing through the rooms so fast that we practically had to run after her to keep up.

“Do you realize,” my husband said a few minutes later as we circled back on the kitchen, “that this is actually a really nice house?”

“What?” I said, but then I took stock and realized that it was true. The house was a disaster, but the mess was only skin deep. Underneath the wreckage, the house was spacious and had recently been renovated; it looked like no expense had been spared, either. 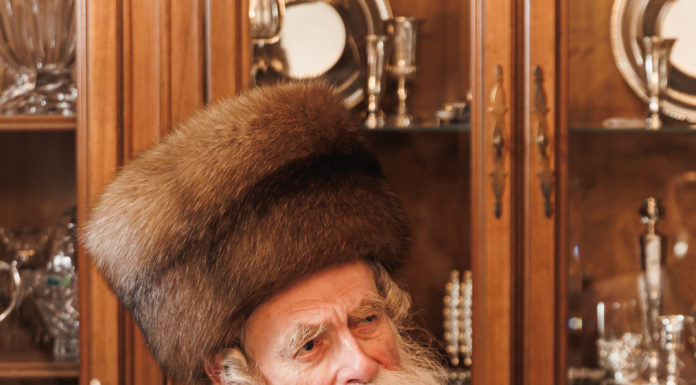 “A Gantz Yahr Freilach!’’ // A heart-to-heart conversation with the noted badchan Reb Yankel Miller, also known as the Yarmer Rav

The Way it Was // A fascinating, wide-ranging talk with centenarian...