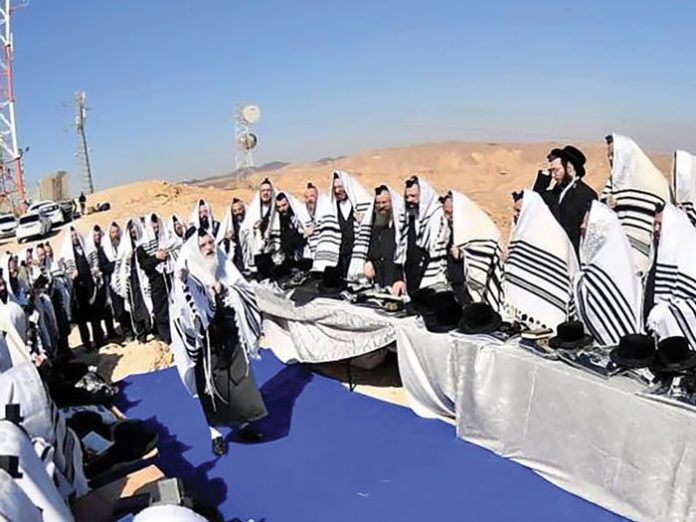 There is a widespread custom to recite Parshas HaMann, the Torah portion that relates the story of the mann falling from heaven, as a segulah for parnasah. While some are accustomed to reciting this parshah daily, Rav Menachem Mendel of Rimanov and other chasidic masters write that Tuesday of Parshas Beshalach is a particularly auspicious time for this portion to be recited shnayim mikra v’echad targum. In a historic trip, the Vizhnitzer Rebbe, Rav Menachem Mendel Hager, traveled with a group of about 65 chasidim and donors to his mosdos to recite Parshas HaMann last Tuesday in Egypt, overlooking the site where the great miracles of Yetzias Mitzrayim occurred.

Reb Yaakov Meir Sobel, an organizer and participant in the historic journey who traveled from America to be part of it, relates to Ami that the trip was, for the most part, spontaneous, and was a carefully kept secret until it actually began.

As he says, “Every year, the Rebbe holds some sort of fundraiser for his mosdos. This year, activists were discussing various, more traditional options, such as a dinner or similar event. A number of weeks ago, the Rebbe told us that he would like to do something a bit different this year. Ideas were discussed to perhaps arrange a trip to the Me’aras Hamachpeilah or another of the mekomos hakedoshim in Eretz Yisrael. The Rebbe said that he wants something even more different than that; he wants to go to Mitzrayim, to the Yam Suf, where the sea was split for B’nei Yisrael to pass through and drown their Egyptian pursuers. Specifically, it was decided to travel to the resort city of Taba, near the Israeli border, where archeological finds have confirmed an ancient Jewish presence.”
Prior to the trip, the Rebbe sent a small delegation of chasidim to check out the area and ensure it was doable. When the positive report came back, the trip was finalized—a mere few weeks before the group set off.

Mr. Sobel says, “In fact, most of the group was not told in advance where we were headed, as the details were kept under wraps until the last minute. Many of us were under the impression that we were going on a trip to Poland, possibly to the kever of Rav Mendel of Rimanov, to recite Parshas HaMann there. Since we knew it was the day of Parshas HaMann, this seemed like a reasonable guess.

“When those of us from overseas, such as myself, asked if we should make our return tickets for Tuesday night, we were told that would probably be cutting it too close, and we should make them for Wednesday morning instead. This also led us to believe that we were going somewhere not too close to Bnei Brak.” 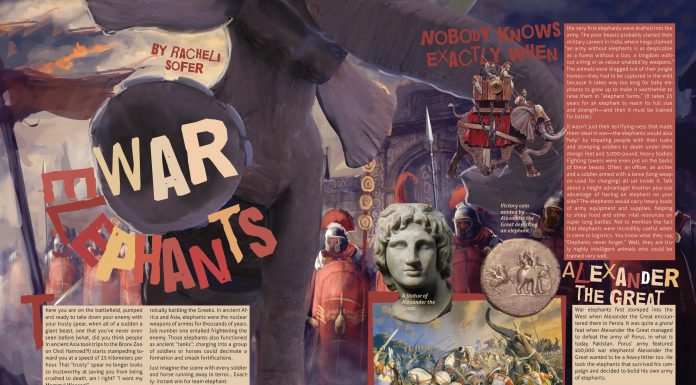